Roger Federer utilised sound advice from his longest rival on Tour to prevail over a more recent adversary on Saturday at Laver Cup in Geneva. With Rafael Nadal providing strategy from the bench, the Swiss rallied to defeat Nick Kyrgios 6-7(5), 7-5, 10-7 and give Team Europe a 5-3 lead over Team World.

All of Saturday’s matches are worth two points, compared to Friday’s matches that were worth one point. Federer is 3-0 against Kyrgios in Laver Cup play and now leads their FedEx ATP Head2Head rivalry 6-1.

“I was hoping it was going to be like this. It was amazing,” Federer said. “It was tough to lose that first set. I needed to get some energy, so I was just trying to stay with Nick because if you can turn it around, you can get the crowd behind you. I need some earplugs for the next match!”

You May Also Like: Federer: Nadal Is Pumped For Laver Cup

Both men traded early service breaks in the first set and eventually forced a tie-break. Federer sprinted to a 4/0 lead, but began to get tight and leak unforced errors. Kyrgios responded by going on a four-point run and won the last three points of the tie-break to take a commanding lead.

Although the Swiss continued to hold serve comfortably, he was unable to make inroads in most of the baseline rallies. His teammates had been silent throughout the match, but Nadal took the reigns and offered statistics with Federer serving to stay in the match at 4-5 in the second set.

”After five shots [in the rally], you are winning more [points] than him,” Nadal said. “I know it’s difficult because he reads the ball so well… Wait for the right one and then attack because he’s not missing.”

The plan worked to perfection as Kyrgios coughed up a pair of unforced errors to hand Federer a break at 5-5. At the next changeover, Nadal urged Federer to add more spin to his serve and hit higher balls to disrupt the Aussie’s rhythm. The strategy produced a comfortable service hold to force a Match Tie-break.

Federer saved his best tennis for when it mattered most. A leaping backhand volley winner gave him a 3/2 mini-break advantage as Kyrgios began to tighten up on his backhand, leading him to take short swings at the ball that allowed the Swiss to pounce. Federer took a 9/4 lead in the Match Tie-break and a forehand sent wide from Kyrgios three points later wrapped up play after one hour and 51 minutes. 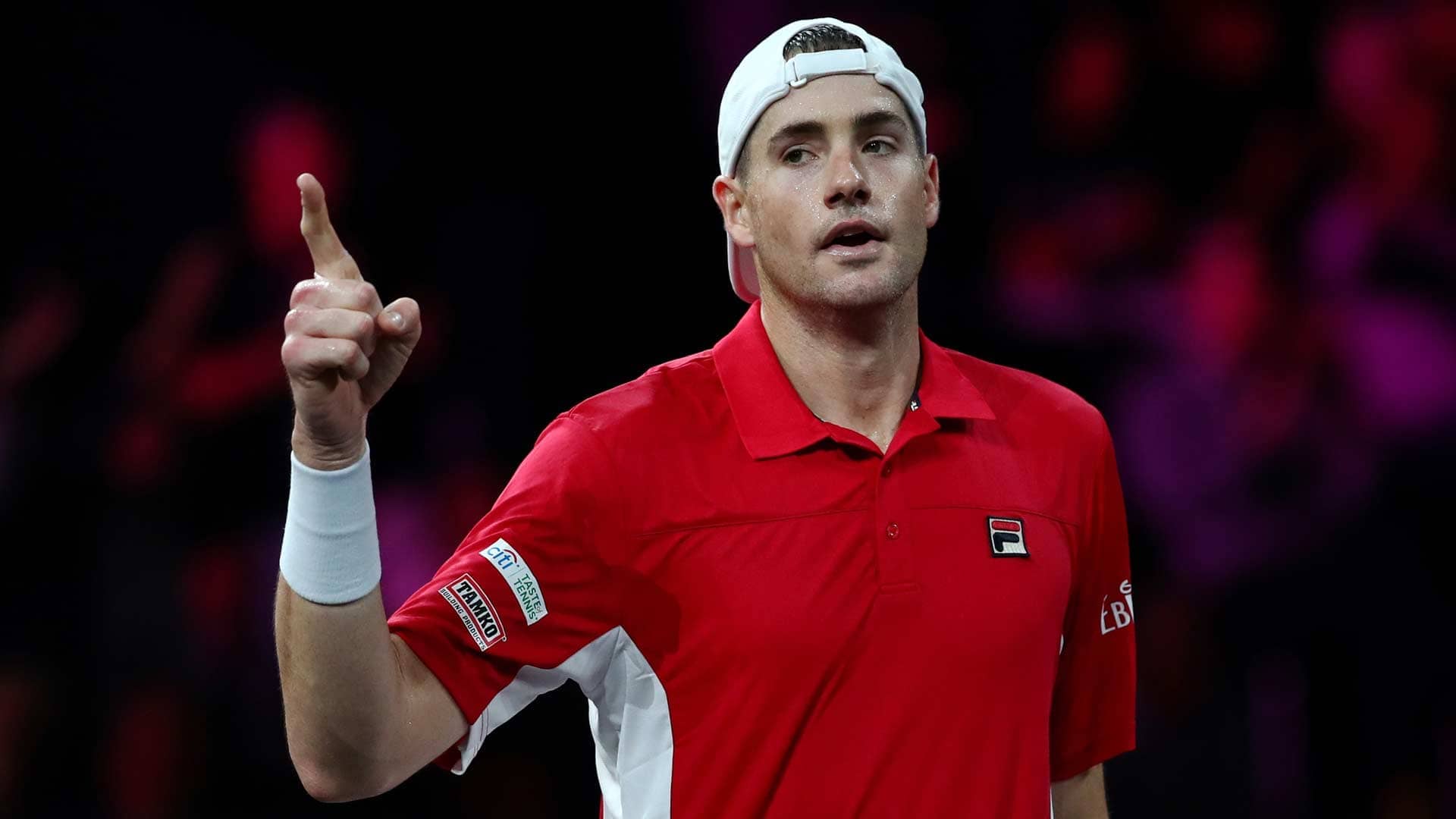 John Isner started the day session with a strong finish against Alexander Zverev to prevail 6-7(2), 6-4, 10-1, which tied the score 3-3 between Team World and Team Europe.

Isner scored the lone break of the match 4-4 in the second set, then won the first seven points in the Match Tie-break to prevail in one hour and 34 minutes. The American handed Zverev his first singles loss in Laver Cup (4-1), while Isner moved to 2-3 in singles at this event. Isner improved to 2-6 in his FedEx ATP Head2Head rivalry with Zverev and gained revenge for last year's Laver Cup defeat to the German.

“I wasn’t making any inroads on his serve and he was the better player for 85 per cent of the match. Once I got up 5-4, I had a lot of momentum and that showed in the Match Tie-break,” Isner said. “Maybe we’re turning the tables. Team World is in this and we’re here to win it.”