Roger Federer improves his FedEx ATP Head2Head series lead to 3-1 against Nick Kyrgios with a victory in the third round of the US Open.

ATP Staff
This article contains:
Five-time champion advances to the fourth round for the 17th time in New York

When five-time champion Roger Federer and No. 30 seed Nick Kyrgios stepped on the court in Arthur Ashe Stadium for their third-round match at the US Open on Saturday afternoon, there seemed little doubt that it would be a hard-fought clash. Each of their three previous FedEx ATP Head2Head meetings went to third-set tie-breaks, after all.

But Federer made it clear that he is one of the leading favourites in New York, dismissing the 23-year-old Aussie 6-4, 6-1, 7-5 in just one hour and 44 minutes.

"I think he didn't come up with the foods when he really had to, and I was good, I think, by making him hit that extra shot," Federer said. "Things worked well for me today."

Federer is into the fourth round in Flushing Meadows for his 17th consecutive appearance, improving his record at the year’s final Grand Slam to 85-12. The Swiss star has only failed to reach the Round of 16 here once, on debut in 2000, when he advanced to the third round before losing to Juan Carlos Ferrero.

You May Also Like: Federer: Winning The US Open 'Would Mean The World To Me'

This year's Australian Open, Rotterdam and Stuttgart champion, who is bidding to lift his first US Open title since 2008, recovered from 3-3 (0/40) down in the first set, saving four break points, before securing a crucial break of serve in the 10th game with a chip backhand return as Kyrgios attempted to serve and volley.

"I thought Nick was inspired. He knew what he wanted to do. I din't quite, off the baseline, get the right balance going," Federer said. "It was important to somehow get out of it and stay within 4-3 and probably look at a tie-break. But I was able to break earlier, which was clearly great because I had no sniff on any of his service games in the first three or four. I didn't get discouraged, and I think that was also the key today."

Federer was also dominant on serve, dropping just five points on his first delivery through two sets. He also did a good job of keeping Kyrgios from controlling play with his forehand by playing aggressively himself, hitting 51 winners to just 24 unforced errors.

While it was not the decisive blow, it became clear in the third set at 3-3 that it was simply the 37-year-old’s day. Federer sprinted forward to a ball and shoveled a forehand around a netpost for a winner — surely the shot of the day — leaving Kyrgios with his mouth wide open in disbelief. 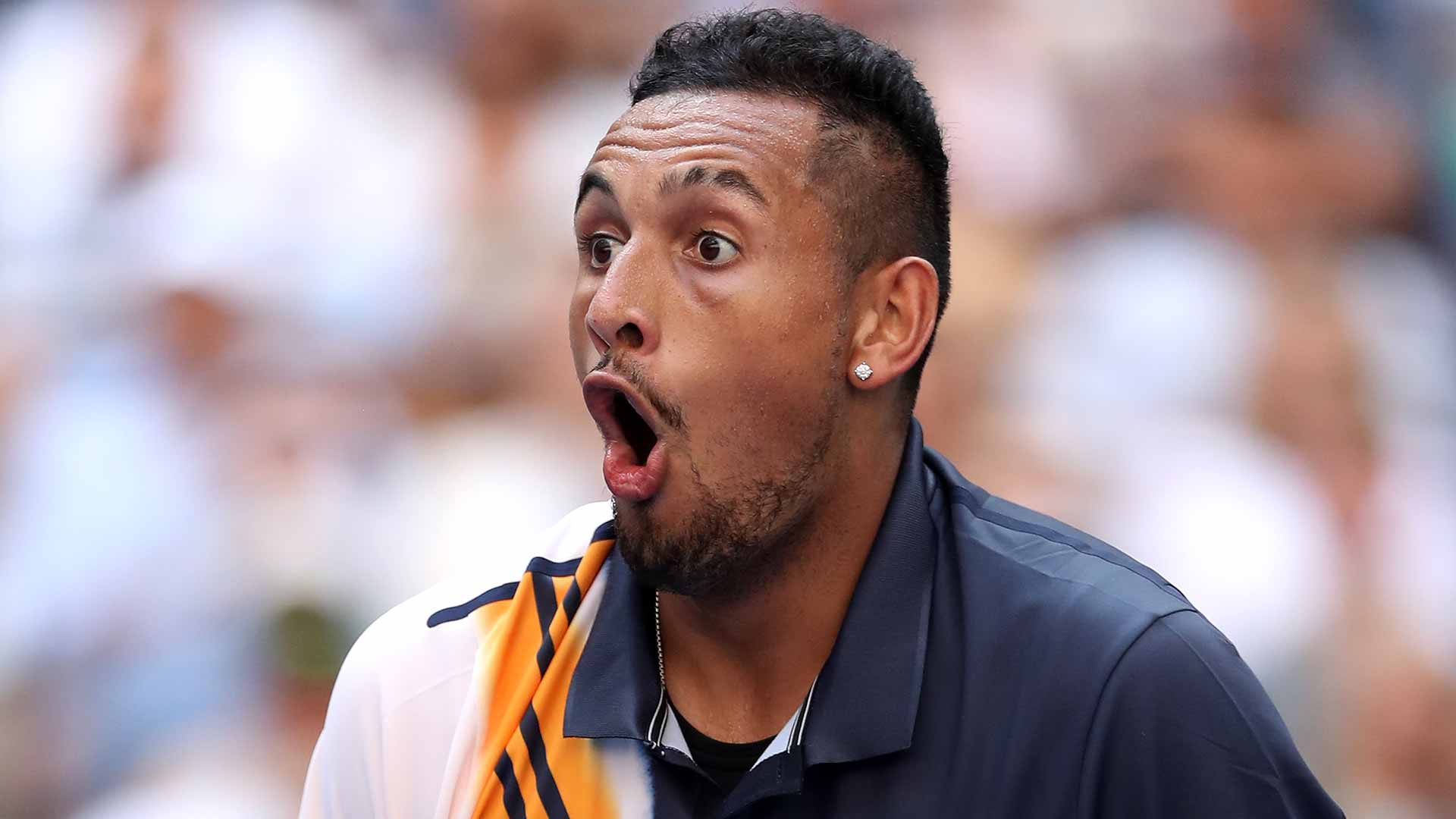 "I was trying to tell him that the shot wasn't that good," Kyrgios said, smiling. "No, it was almost unreal. Almost got to the point where I wanted him to start making shots like that, and I finally got it.

"It was unbelievable. I'm probably going to place it on Instagram."

The Swiss now leads the Aussie 3-1 in their FedEx ATP Head2Head series. Before the match, eight of the nine sets they had contested went to tie-breaks.

Federer will next face another Aussie in John Millman, who beat Mikhail Kukushkin 6-4, 4-6, 6-1, 6-3 to reach the fourth round at a Grand Slam for the first time. The Swiss was victorious in their only previous FedEx ATP Head2Head meeting, which came in a three-setter three years ago in Brisbane.

Millman will attempt to earn his first victory against an opponent inside the Top 10 of the ATP Rankings. The 29-year-old is projected to surpass his career-best ranking of No. 49 based on his performance in New York.