Roger Federer and Rafael Nadal will compete alongside each other again this week at the Laver Cup.

ATP Staff
This article contains:
Swiss talks ahead of the third edition of the team event

Roger Federer and Rafael Nadal are teaming up again at the 2019 Laver Cup, which starts Friday in Geneva. And Nadal can't wait to get started.

“He couldn't be more pumped up for this event,” Federer said on Wednesday. “He just won the US Open. It would have been so easy for him to say, 'Look, I need a break.' But he said, 'No, my break's coming afterwards. I push it all aside, and I'm doing this because I really believe in the concept of the Laver Cup. And I believe in you guys.'”

The players were welcomed and made a public appearance on the balcony of the Palais Eynard, Parc des Bastions on Wednesday afternoon ahead of the third edition of the Laver Cup, which pits the best of Team Europe against the best of Team World.

You May Also Like: Nadal, Federer Reunite On Team Europe At Laver Cup; All You Need To Know

“It's been energetic, it's been thrilling, it's been exciting. The two teams have finally clashed and seen each other. We are all ready to go,” Federer said.

He and Nadal combined forces for Team Europe during the inaugural Laver Cup, in Prague in 2017. The two all-time greats played doubles together, beating Team World members Sam Querrey and Jack Sock 6-4, 1-6, 10-5.

Expect Federer/Nadal to take the court together again as the two practised doubles together on Wednesday against teammates Alexander Zverev and Fabio Fognini. The team competition gets underway on Friday. 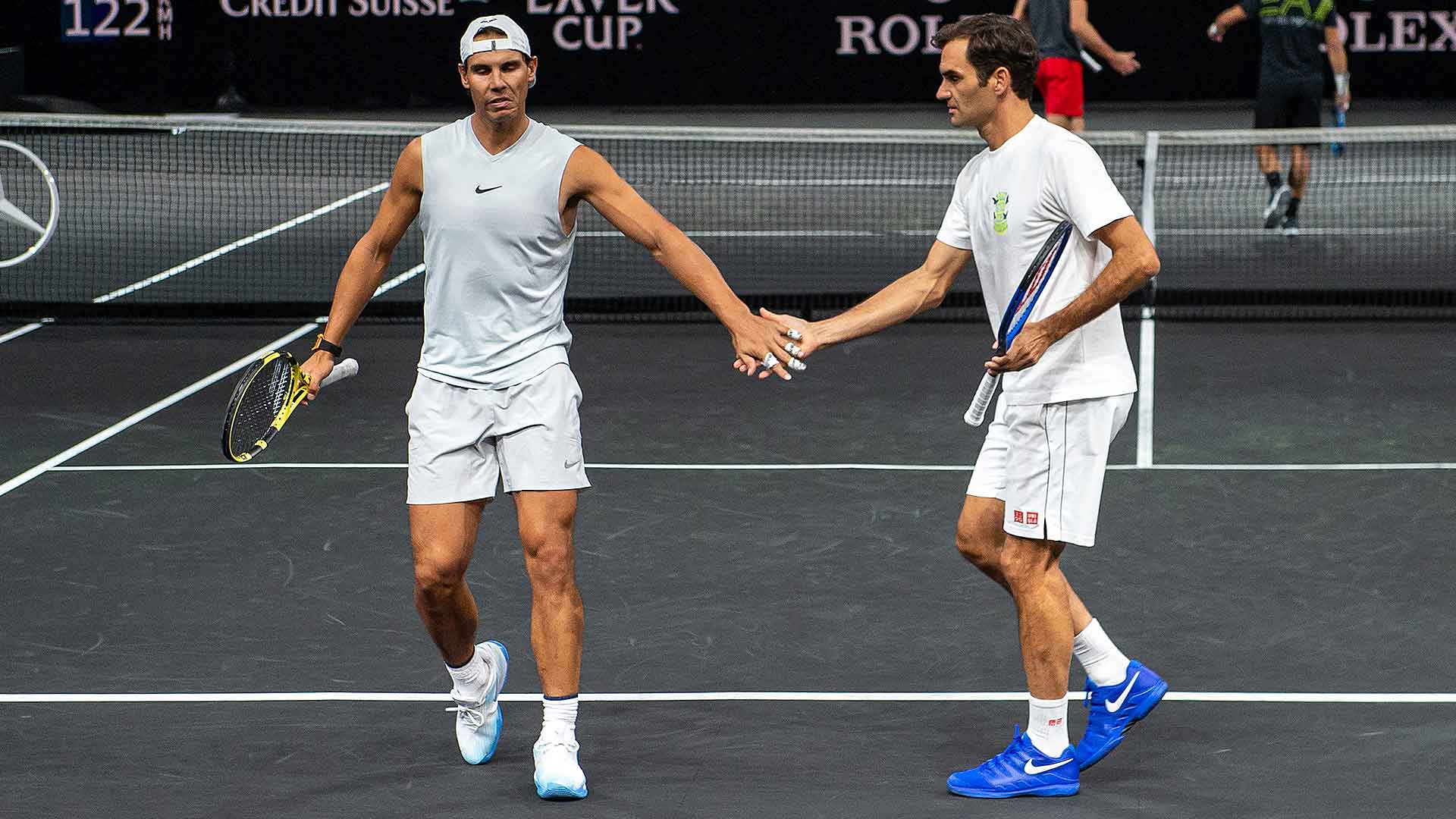