Seventh seed Kei Nishikori defeated six-time former champion Roger Federer 7-6(4), 6-3 on Sunday night at the Nitto ATP Finals. Nishikori, who is a two-time semi-finalist at the season finale held at The O2 in London, had not beaten Federer since March 2014 in Miami.

Nishikori required 88 minutes to wrap up the Group Lleyton Hewitt round-robin match. It marked his 43rd match win of the season, which includes three runner-up finishes at the Rolex Monte-Carlo Masters (l. to Nadal), the Rakuten Japan Open Tennis Championships 2018 (l. to Medvedev) and the Erste Bank Open 500 in Vienna (l. to Anderson.

Nishikori dropped to 0/30 when serving at 5-6, but trusted his technique and attacked Federer’s backhand to work his way back to level terms with a net approach and half volley backhand on the stretch. Nishikori shut the door closed and in the tie-break won six of the first seven points to put pressure on Federer. The second seed recovered to 4/6, however Federer struck a forehand in the net to end the 51-minute opener.

The pair exchanged service breaks at the beginning of the second set, then Nishikori broke Federer’s serve for a 4-2 advantage when aggressive play from the baseline once again reaped dividends. 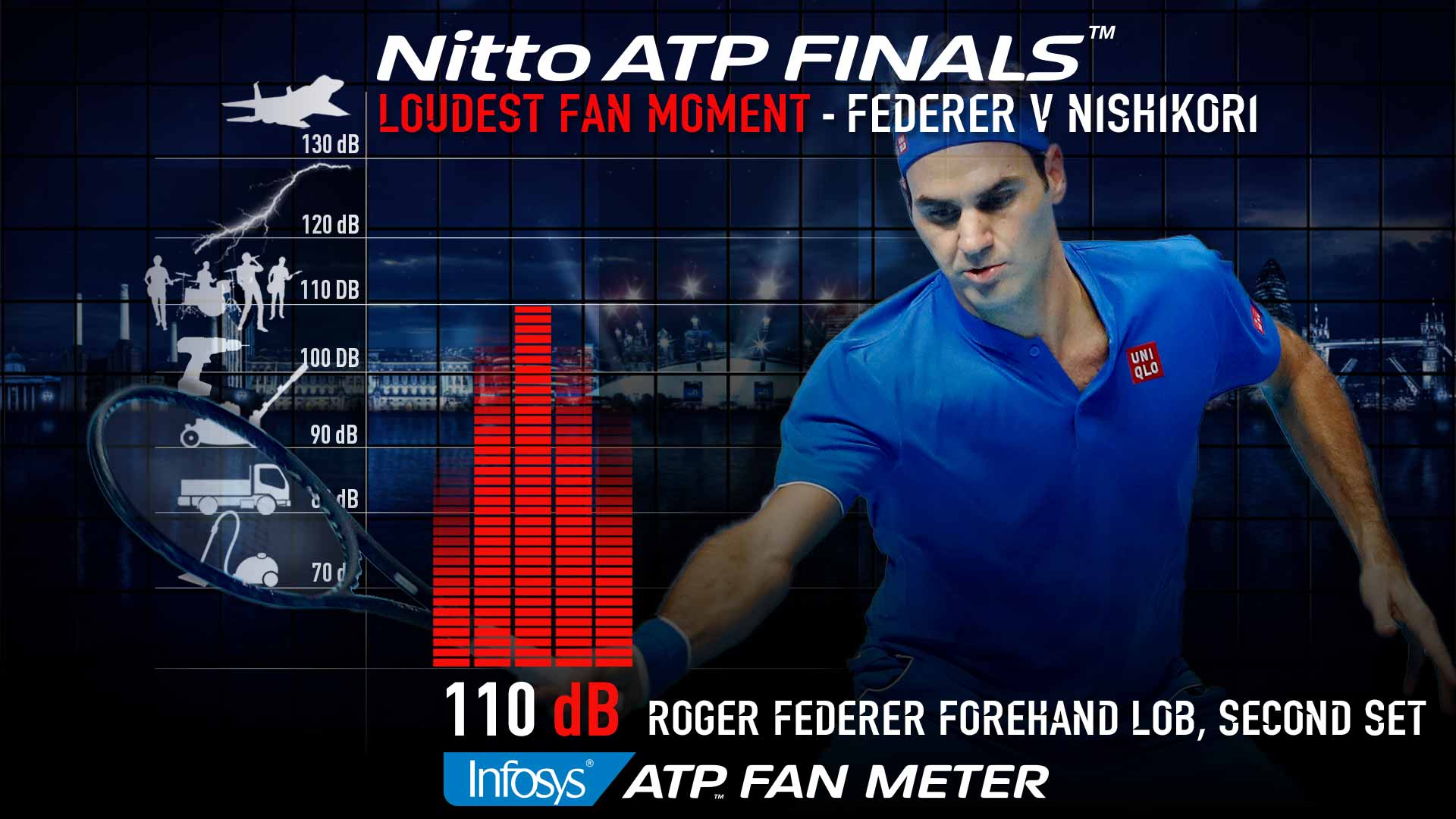 “I felt we both struggled throughout the first set,” said Federer. “I had my chances maybe a bit more than he did. Then I started to feel better in the second set. I think we both did. The level went up. Unfortunately, I couldn't keep the lead that I got early. That was important, I think, at the end. That was the key of the match, that sort of - I guess – [a] 10-minute swing at the end of the first throughout maybe 1-1 in the second.”

Federer will next play sixth-seeded Austrian Dominic Thiem on Tuesday in the round-robin group. Thiem lost to first-time qualifier and fourth seed Kevin Anderson of South Africa during the afternoon session.