Federer Leads The Way, But Thiem, Tsitsipas Carry On The One-Handed Backhand

Jonathon Braden
This article contains:
Despite years of declining usage, the one-handed backhand appears to have a future on the ATP Tour

Few expected the culprit, but the blow was only the latest in what has become a decades-long struggle for the one-handed backhand.

Roger Federer, the player who has done more to promote the shot than anyone in the past 15 years, won't have any of his four children learning the one-handed backhand. Federer, like thousands of parents and coaches, thinks kids should learn the two-handed version.

The tide has certainly turned. For various reasons – It's too hard. No one teaches it anymore – the one-handed backhand is seen far less often on the ATP Tour and on recreational courts all over the world. The beautiful throwback shot, long said to be on tennis' endangered list and going the way of serve-and-volley and chip-and-charge tactics, is in trouble.

In May 1999, nearly half – 43 – of the Top 100 of the ATP Rankings used a one-hander. Ten years later, the number had fallen to 28, and this week, the number has nearly split in half, to 15. The current forebears of the shot – Federer, 37, Stan Wawrinka, 34, – who face off in the Roland Garros quarter-finals on Tuesday – and Richard Gasquet, 32 – will likely retire in the next five years.

The headline for a 2014 story on the topic in The New York Times Magazine summed up the shot's status: “The Death of the One-Handed Backhand.”

To the surprise of most, however, it seems there will be a future for the shot on the ATP Tour. The next wave of talent, led by No. 4 Dominic Thiem and #NextGenATP stars Stefanos Tsitsipas of Greece and Denis Shapovalov of Canada, sport some of the flashiest and most powerful one-handers in tennis and embrace the shot's unique beauty. 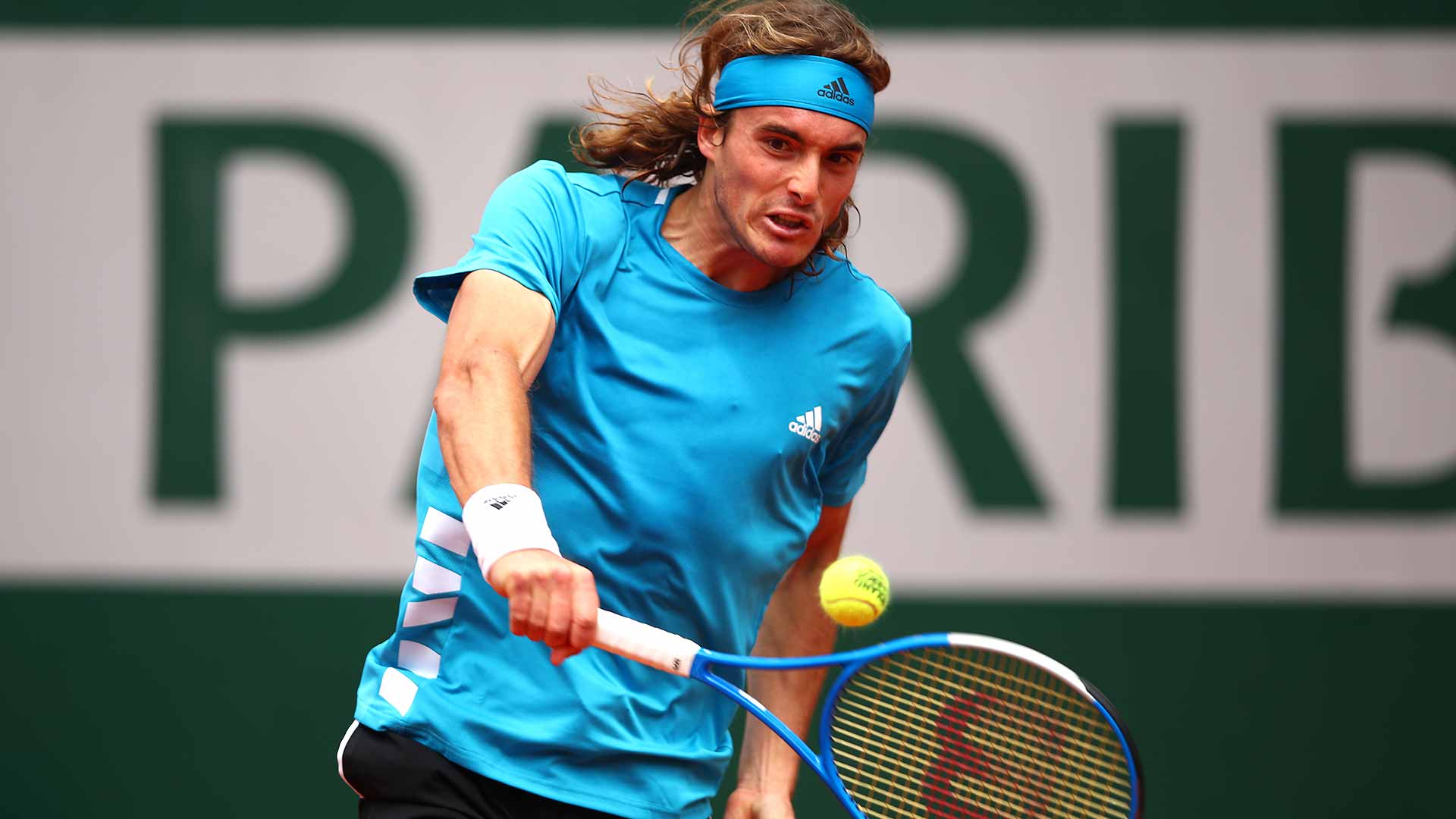 The trio learned the shot amidst the two-handed backhand revolution, either by choice or because of a strong recommendation, and they've become the future for one of the sport's most beloved shots. Together, they should ensure the one-hander has a home on the ATP Tour for at least another decade to come.

“I think a double-hander is the way to go, but I hope it's not a dying breed. I think it just looks nice, a one-handed backhand,” Federer said. “So it's nice to see Denis also keeping that alive and same with Thiem and young guys coming up, that it's still going. But I think we will always be outnumbered from this point moving forward. Unfortunately Bjorn Borg had too big of an impact on this game. He just doesn't know it sometimes.”

One-Handed Backhands In The Top 100 Of The ATP Rankings*

Nearly everyone used a one-hander in the mid-1970s. But then came along the flashy Borg and Jimmy Connors, brandishing two-handed backhands and winning Grand Slam titles. Chris Evert served as a similar catalyst for the WTA.

“Those three players did the most to change the vision of people in the game and get them thinking differently about what made sense, about the benefits of the two-hander, the advantages of making that into a really offensive shot,” Steve Flink, a longtime tennis historian and journalist who was inducted into the International Tennis Hall of Fame in 2017, told ATPTour.com.

But it's not as if the one-hander disappeared. John McEnroe and Ivan Lendl, among others, reached No. 1 in the ATP Rankings with a one-handed backhand, and Federer has helped it stay prominent during his 22-year career.

Tsitsipas and Shapovalov, who grew up watching and idolising Federer, have both used the shot since they were kids. Tsitsipas, 20, fully committed to the one-hander when he was nine.

“We are players that have a different style from usual, so I really like the one-handed backhand,” he said.

The left-handed Shapovalov started with a two-hander as a five-year-old, but naturally let go of the second hand as he hit balls off a cone with his parents watching.

“My father and my mother had a little bit of a conversation. They came back to me, and they told me, 'Try to just release the one-hander','' Shapovalov said. “From that day, I always had a one-hander.”

About 11 years ago, Brad Gilbert, the former coach of Andre Agassi, Andy Roddick and Andy Murray, among others, was asked to watch a video of an eight-year-old Canadian boy playing at a tournament.

The boy was Shapovalov. Gilbert, however, was not the only one to recommend the change.

“A lot of people said, 'You're too young or too weak to have a one-hander. Maybe you should stick to two and switch,'” Shapovalov said. “For me, it was always natural, and I think it's turned out to be a great weapon of mine.” 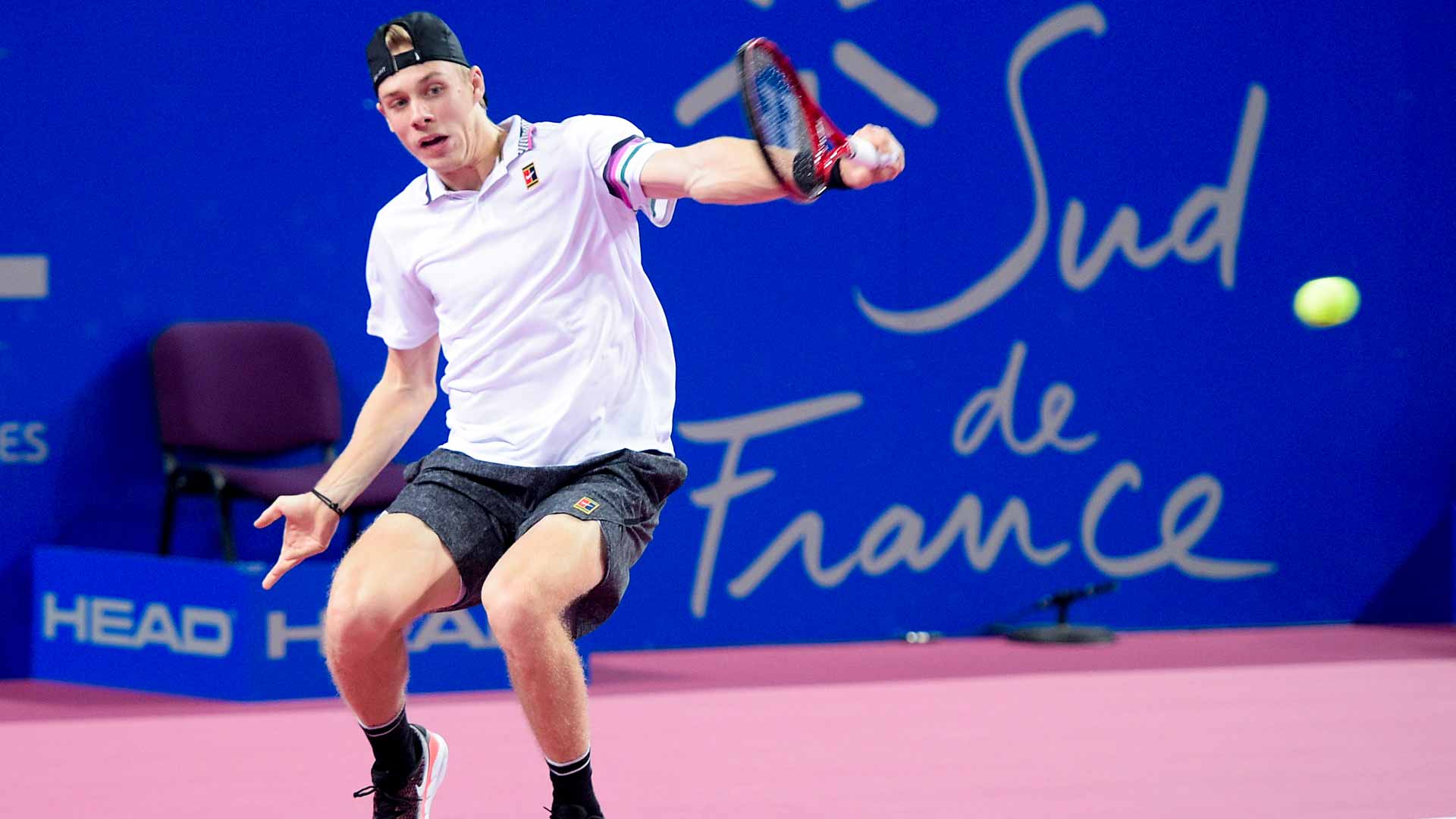 The shot, technically, is harder than the two-hander. Dr. Jack Groppel, co-founder of Johnson & Johnson’s Human Performance Institute and a former chairman of the National Sports Science Committee for the United States Tennis Association, dedicated his doctoral dissertation to the physiological difference between the two-hander and the one-hander.

The year was 1978, shortly after Borg and Connors introduced the two-hander to the world, and Groppel, a former collegiate tennis player who hit with a one-hander, was curious about the new shot.

“The two-handed backhand was, to put in layman's terms, much easier to hit,” Groppel told ATPTour.com.

It's the main reason why Thiem, Tsitsipas and Shapovalov are outliers, and why millions of kids have never attempted a one-hander: The two-handed backhand is easier.

Kids especially struggle with the one-hander when trying to hit balls over their shoulder, although a global emphasis on lighter racquets, low-compression balls and shorter nets for kids could help mitigate this problem.

“If we can have them pick up the game faster and get more involved faster using the two-hander, I am all for it,” said Groppel, who also coached collegiately at the University of Illinois and directed the player development program at Harry Hopman/Saddlebrook International Tennis.

Gilbert, who used a one-hander to reach No. 4 in the ATP Rankings, also prefers the two-hander for its versatility.

Kids, however, can always switch, a fact Federer acknowledged. 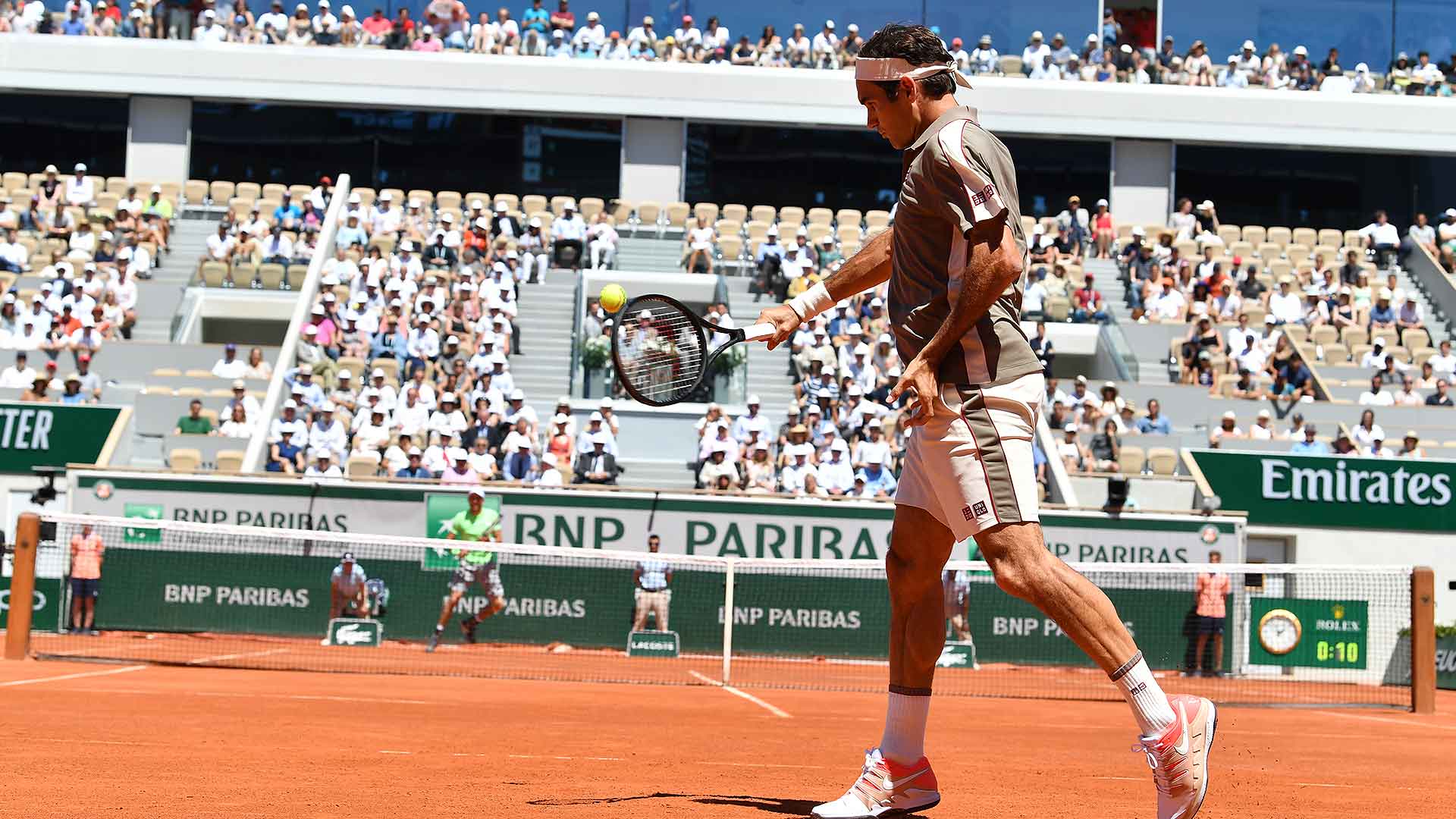 “If they want to change later on, I will teach them that one. But I can't teach them a double-hander as I can't hit that one. So that's somebody else's job,” he said. “I think, also like with everything in life, you also have your own character. Some people decide to change it at eight, some at 14, some later, because they find it a good challenge.”

Pete Sampras switched at the age of 14, and Thiem switched when he was 11 at the urging of his boyhood coach Gunter Bresnik.

“For sure, there were moments where I had doubts about my one-handed backhand, but still, at the end it was the right choice,” Thiem said.

Both shots have their advantages, Gilbert said. The two-hander can be better for returning serves, high topspin balls and immediate success. But the one-hander lends itself to the one-handed slice, more power, more topspin and maybe more deception.

But who said it has to be one or the other? Gilbert is envisioning a future Top 5 player who uses both. The player would use a one-hander most of the time during rallies, but a two-hander when returning serves or for rally shots above his shoulder.

Having both shots would also give him the element of disguise. His opponents couldn't constantly go back to the heavy topspin ball above his shoulder, like Rafael Nadal did so often to Federer on clay.

More From #RG19
Tsitsipas Reflects On Five-Hour Slugfest With Wawrinka
Wawrinka: 'This Is Why I Came Back'
Roger's Great Escape

“In the next 15 years, I feel like somebody's going to have a two-handed backhand return, be able to play two and one and play a high level, Top 5 level,” Gilbert said.

The idea sounds good in theory, but convincing people, as Gilbert has found out, is another matter.

The child can hit the one-hander pretty well, “when he's completely set and the ball is at his waist level”.

But at tournaments, his opponents hit high balls and the child doesn't want to back up and wait until the ball drops; he wants, at the age of eight years old, to hit the high backhand like he sees Federer do on TV.

“That's a tough sleddin' shot when you're eight,” Gilbert said.

So Gilbert pitched his hybrid idea – hit the two-hander on service returns and for over the shoulder balls, and the one-hander on slices and most of the time during rallies.

His father, however, has spent too much time watching – but clearly not listening to – Federer.