Roger Federer is through to his 12th Wimbledon final.

Federer On Nadal Wimbledon Clash: 'It Lived Up To The Hype'

Forty matches later, Roger Federer is as excited as ever to see Rafael Nadal on the other side of the net.

The eight-time champion beat his longtime rival on Friday at Wimbledon to reach his 12th final at The All England Club, improving to 16-24 in their FedEx ATP Head2Head rivalry. Tickets for the match started at £7,000 on StubHub and a star-studded Royal Box included David Beckham, Jude Law and Leona Lewis. Even casual tennis fans had their eyes glued to Centre Court for the latest installment of one of the most iconic rivalries in sports, which saw Federer defeat Nadal for the sixth time in their past seven matches. 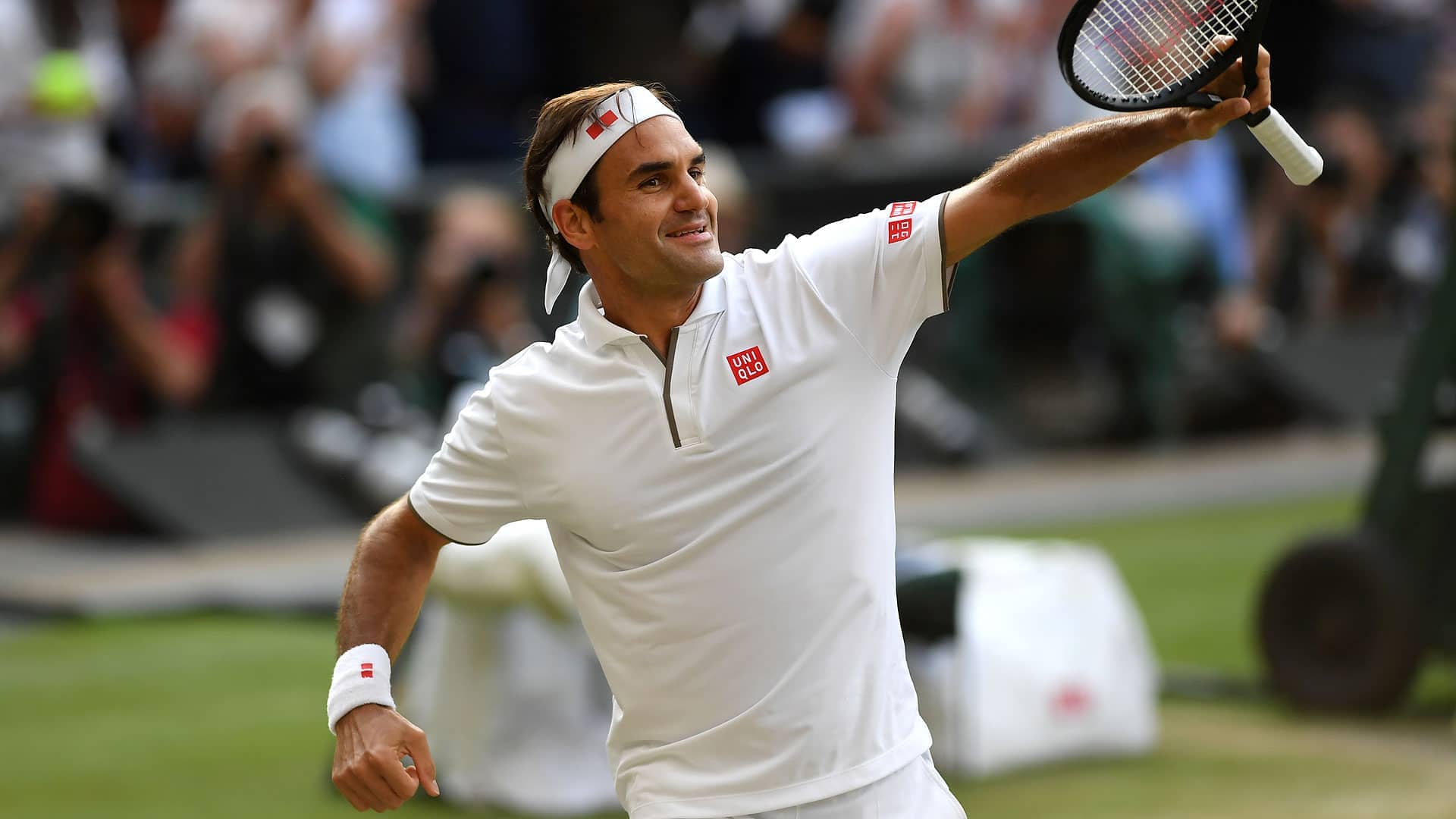 “It's always very, very cool to play against Rafa here, especially not playing here in so long,” said Federer. “It lived up to the hype. Especially coming out of the gates, we were both playing very well. Then the climax at the end with the crazy last game, some tough rallies there. It had everything at the end, which was great. I'm just relieved it's all over at this point.

“But it's definitely going to go down as one of my favourite matches to look back on because it's Rafa, it's at Wimbledon, the crowds were into it, great weather. I felt like I also played good throughout the four sets. I can be very happy.”

You May Also Like: Federer Beats Nadal, Sets Sights On Ninth Wimbledon Title

The second seed is now a staggering 101-12 at The All England Club as gears up to face World No. 1 and defending champion Novak Djokovic on Sunday. There will be no secrets when they face off. Federer and Djokovic’s epic rivalry is the second-longest of the Open Era at 47 matches (Djokovic leads 25-22), trailing only Djokovic-Nadal (54).

The Serbian has won five of their past six matches, including their most recent battle at last year’s Rolex Paris Masters that was named ATPTour.com's “Best Match of 2018”. Djokovic leads their Wimbledon series 2-1, having prevailed in their past two grass-court battles in the 2014 and 2015 finals.

But Federer won’t be studying film or creating a different strategy for Sunday’s match. Neither will Djokovic. Having played each other in all but one season since 2006, they know what it takes to defeat the other and it will simply come down to execution. Federer’s familiarity with Djokovic also allows for a more relaxed approach in preparing.

“I think the moment you've played somebody more than 15 times, there's not that much more left out there. You know where the players go when it really matters,” said Federer. “It comes down to who's better on the day, who's in a better mental place, who's got more energy left, who's tougher when it really comes to the crunch. In tennis, there's always somebody who's going to be a little bit better because there are no draws in our sport. It's quite brutal sometimes.

“I don't think there's much I need to do in terms of practice. This is like school: You're not going to read lots of books on the day of the test. You don't have the time. It’s quite clear the work was done way before. I think that's why I was able to produce a good result today. It's been a rock solid year for me. Stars are aligned right now. From that standpoint, I can go into that match very confident.”

Given Federer’s age (37) and longevity (21 years) on the ATP Tour, it’s natural for fans to wonder when his last Grand Slam final will be. He played his first Wimbledon in 1999 and is the only player from that year’s draw to still be active in singles. Even Federer has admitted he didn’t expect to still be contending for Grand Slam titles at this stage of his career.

But with 20 major titles under his belt, he won’t be content with a runner-up finish. Federer is confident he has the game to take out Djokovic and lift a ninth Wimbledon title.

Read More: Mission Impossible? Slowing Down The Big 3 At SW19

“I know it's not over yet. There's no point to start partying tonight or getting too emotional, too happy about it, even though I am extremely happy,” said Federer. “If it was the end of the tournament, it would be very different right now. I'd be speaking very different, feeling very different.

“There is, unfortunately or fortunately, one more match. It's great on many levels. But I’ve got to put my head down and stay focused.”