Alexander Zverev celebrates his three-set win against Roger Federer on Friday at the Rolex Shanghai Masters.

ATP Staff
This article contains:
German improves to 4-3 against Federer

Alexander Zverev held on, despite losing five match points in the second set, to upset Roger Federer 6-3, 6-7(7), 6-3 and significantly bolster his Nitto ATP Finals chances on Friday at the Rolex Shanghai Masters.

Zverev, however, regrouped in the third, crushing more backhand passes on the run for his first Top 10 win of the season and his first ATP Masters 1000 semi-final since 12 months ago in Shanghai (l. to Djokovic).

“Finally starting to kind of play the way I should play, really. I was playing really defensive the whole year, and I was not with a lot of confidence,” Zverev said.

You May Also Like: Tsitsipas Stuns Djokovic For Two Reasons To Celebrate

He adds 180 points to his ATP Race To London tally (2,615 points) to pass Spain's Roberto Bautista Agut (2,485) and move into seventh place. The top eight will compete at the prestigious season finale, to be held 10-17 November at The O2 in London.

The 22-year-old Zverev now leads his FedEx ATP Head2Head series with Federer 4-3. Only two other active players who have faced Federer at least seven times have a winning record against the Swiss: World No. 1 Novak Djokovic (26-22) and No. 2 Rafael Nadal (24-16).

Zverev resembled the player who won the 2018 Nitto ATP Finals last November, his biggest title to date, with aggressive play in the opening sets. He was stepping into the court and outhitting Federer from the baseline, and when the Swiss forayed forward, Zverev smacked passes from both wings.

The German broke in the sixth game of the opener and again at 5-5 in the second set before he stepped up to the line to serve for the match at 6-5.

Federer, however, facing match points, delivered his best shots of the match, including two volleys that Zverev could only attempt to chase down as the pro-Federer Shanghai crowd roared with approval.

The Swiss let out a shout after winning five straight points from 0/40, 5-6 down and, in the tie-break, won his first set point to force a deciding set. 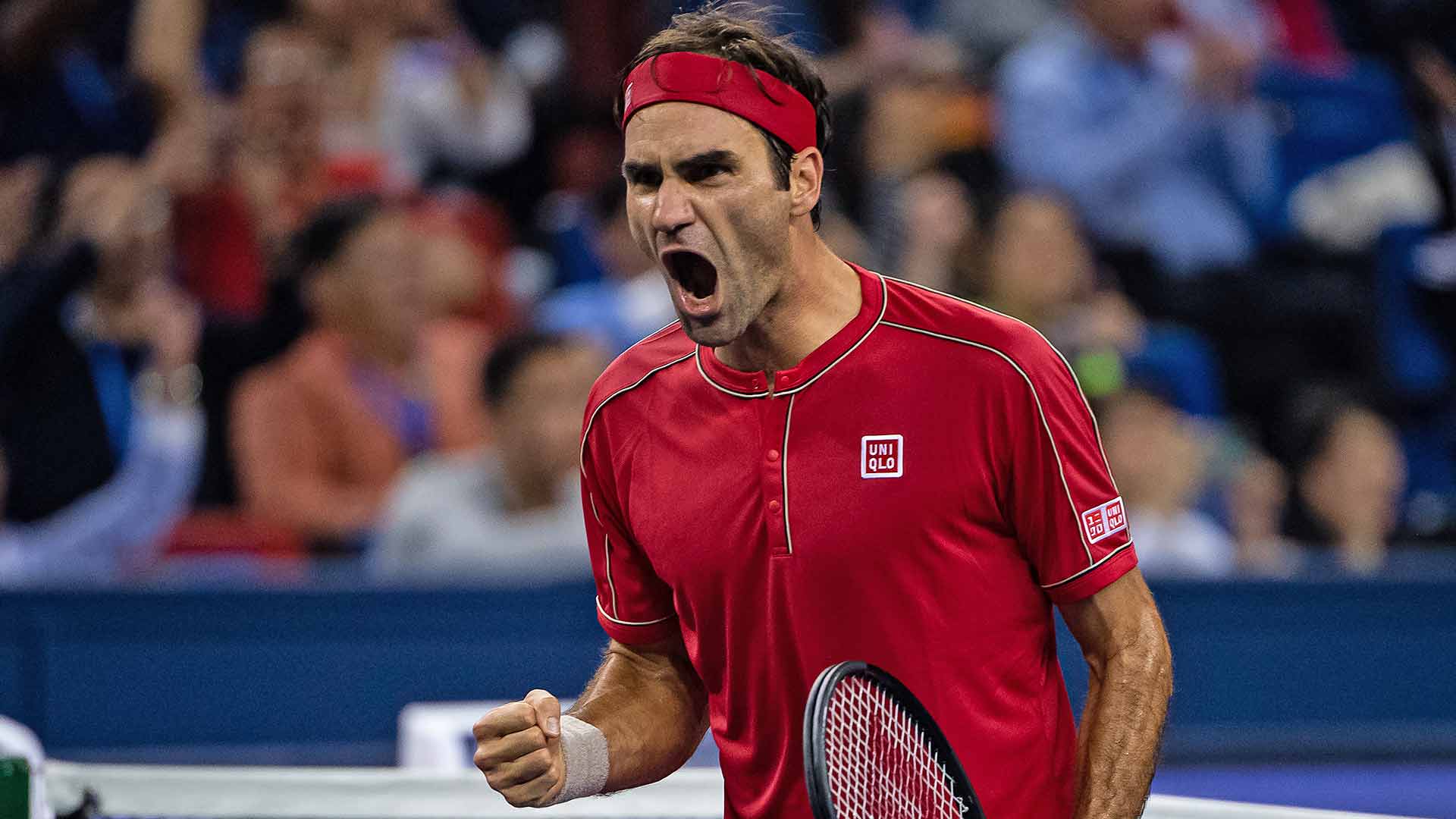 Zverev broke in Federer's first service game of the third set and stayed locked in, despite Federer's frequent discussions with the chair umpire. The 28-time Masters 1000 champion received a point penalty for ball abuse at 0-3 down in the third set.

Zverev served out the quarter-final to 15 and set up a semi-final against London hopeful Matteo Berrettini, who beat Austrian Dominic Thiem 7-6(8), 6-4 to make his first Masters 1000 semi-final.

Did You Know?
Djokovic (8-0) and Federer (5-0) were a combined 13-0 in Shanghai quarter-finals before Friday and were both bidding for the 67th Masters 1000 semi-final of their respective careers. Both, however, were upset as Djokovic fell to 21-year-old Stefanos Tsitsipas earlier Friday.