Felix Auger-Aliassime swept into the Stockholm semi-finals with a confident performance. The second seed barely put a foot wrong in a 6-4, 6-3 victory over Botic van de Zandschulp of the Netherlands in 86 minutes.

Speaking about his milestone win, Auger-Aliassime told ATPTour.com, "It’s very cool, I thought I needed to win one or two matches. Being able to win 100 matches in my career is special, so hopefully there are more milestones in the years to come.”

The 21-year-old, who has booked a place in his fifth semi-final of the season, struck 11 aces and won 27 of 33 first-service points. Auger-Aliassime will next meet his childhood friend, third seed and 2019 champion Denis Shapovalov, on Friday.

“It was another good match for me today [and] it’s always nice to win in straight sets,” said Auger-Aliassime. “He’s beaten some tough opponents this year, so I was ready to play my best tennis. I served great today. I had to save a few break points, but in general I was always comfortable in my service games. I moved well and I mixed up the ball speeds and heights. The court suits me well here.” 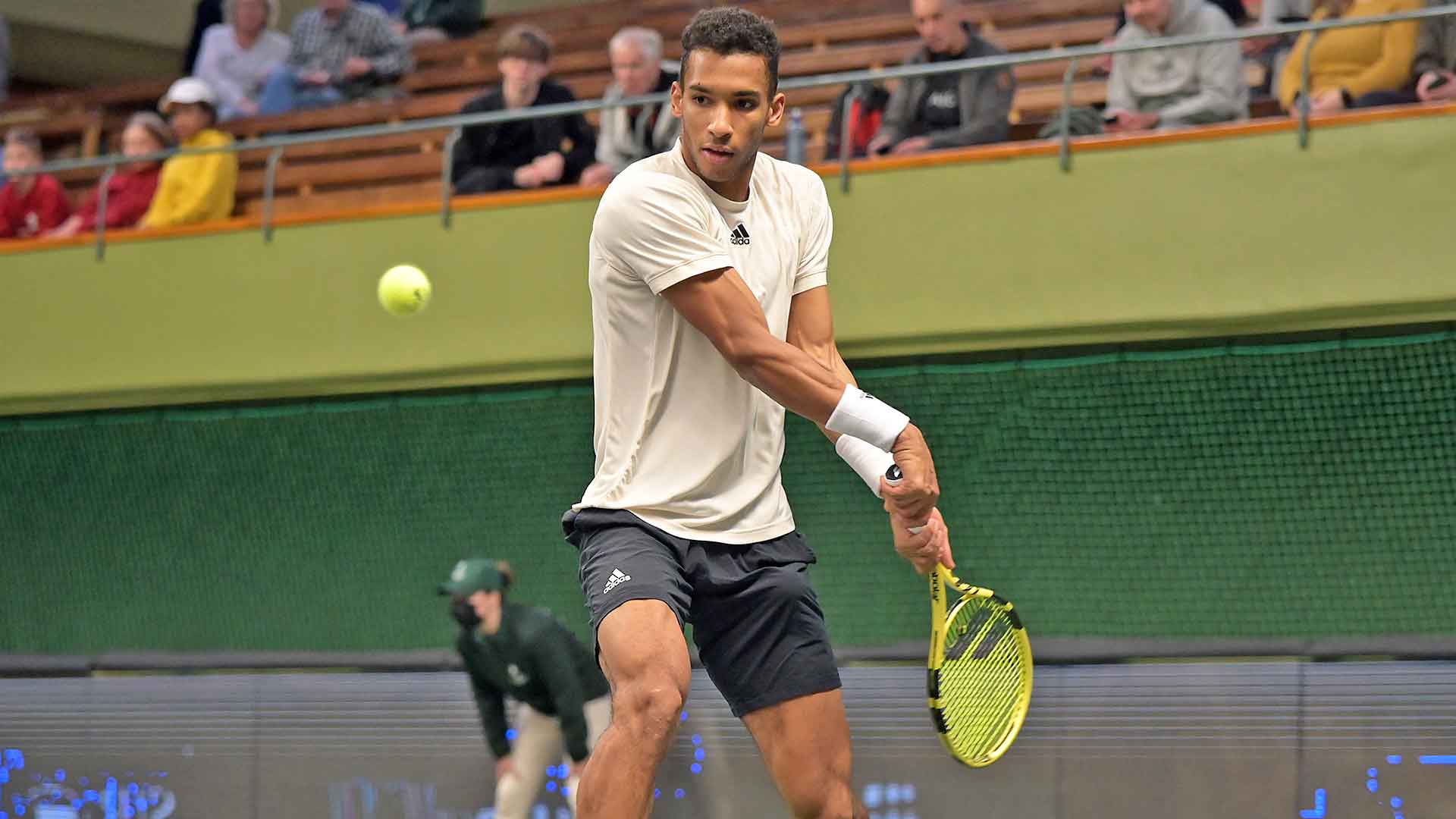 One error cost van de Zandschulp in the first set, when the Dutchman hit a drop shot into the net at 2-2. Although Auger-Aliassime was unable to convert four set points with van de Zandschulp serving at 5-3, the Canadian completed the 45-minute opener with a big forehand approach in the next game. Auger-Aliassime secured his fifth break point chance of the second set with another powerful forehand at 3-3 en route to his 38th match win of 2021.

In the final match of the day, Shapovalov continued his title defence by recording his sixth straight match win at the ATP 250 event. The 22-year-old booked a place in his first tour-level semi-final since Wimbledon with a 4-6, 6-3, 7-5 win over Arthur Rinderknech of France in two hours and 21 minutes.

“It definitely wasn’t an easy match,” said Shapovalov. “This was a super, super tough match. It was a slow start for me and he came out firing, but I had to stay patient. Slowly, I was able to raise my game and break him down a bit.”

Auger-Aliassime leads Shapovalov 3-2 in their ATP Head2Head series, with Auger-Aliassime winning their two matches in 2021 at the Australian Open and the Barcelona Open Banc Sabadell.

“It’s always a tough match against Denis, who won the title here a couple of years ago,” said Auger-Aliassime. “I’ve beaten him twice this year, so he’ll want revenge. We’ve known each other for a long time, and we both help and push each other.”