This week, the Fergana Challenger celebrated its 20th edition on the ATP Challenger Tour. On Sunday, its champion reveled in a milestone of his own.

Emil Ruusuvuori etched his name in the history books with a 6-3, 6-2 win over 12th seed Roberto Cid Subervi, earning his maiden title. He is just the fourth player from Finland to capture a Challenger crown in the last 30 years and the first since Jarkko Nieminen in 2013.

The Nordic nations are making a splash on the #NextGenATP scene, with 20-year-old Ruusuvuori joining Norway's Casper Ruud and Sweden's Mikael Ymer as recent Challenger champions. The Helsinki native is now the highest-ranked Finnish player, rising to a career-high No. 300 in the ATP Rankings.

It was an impressive week for Ruusuvuori on the hard courts of Fergana, in just his 10th Challenger appearance. After rallying from a set down to upset top seed Pedja Krstin, he needed a deciding tie-break to defeat home hope Khumoyun Sultanov in the semis, before streaking past Cid Subervi in one hour and 21 minutes on Sunday.

Finland has been in search of a new standard bearer in singles ever since former World No. 13 Jarkko Nieminen retired in 2015. Henri Kontinen is leading the charge in doubles and Ruusuvuori is hoping to join his countryman in flying the Finnish flag.

ATPChallengerTour.com spoke to the flying Finn after his victory in Fergana...

Emil, congrats on winning your first Challenger title. How does it feel to lift the trophy?
It feels amazing. I didn't expect it to go this well, but everything worked from the first match and I'm just really happy to win my first title.

To win your first title is never easy. What was the key this week?
It's of course very challenging mentally, especially the last few matches. There's a lot of pressure and nerves, but you just have to keep focusing on your game and play your best.

Take us through the final. Did you feel nervous today against Roberto?
Of course, in a first Challenger final you're going to feel extra nervous. But I still played good tennis and I think it was a good quality final.

How important is a week like this as you're transitioning from Futures to Challengers?
It's really important, since there's a lot of points at stake. It helps my ranking a lot so I can enter Challengers more easily now, and is just important with everything I'm pushing for. 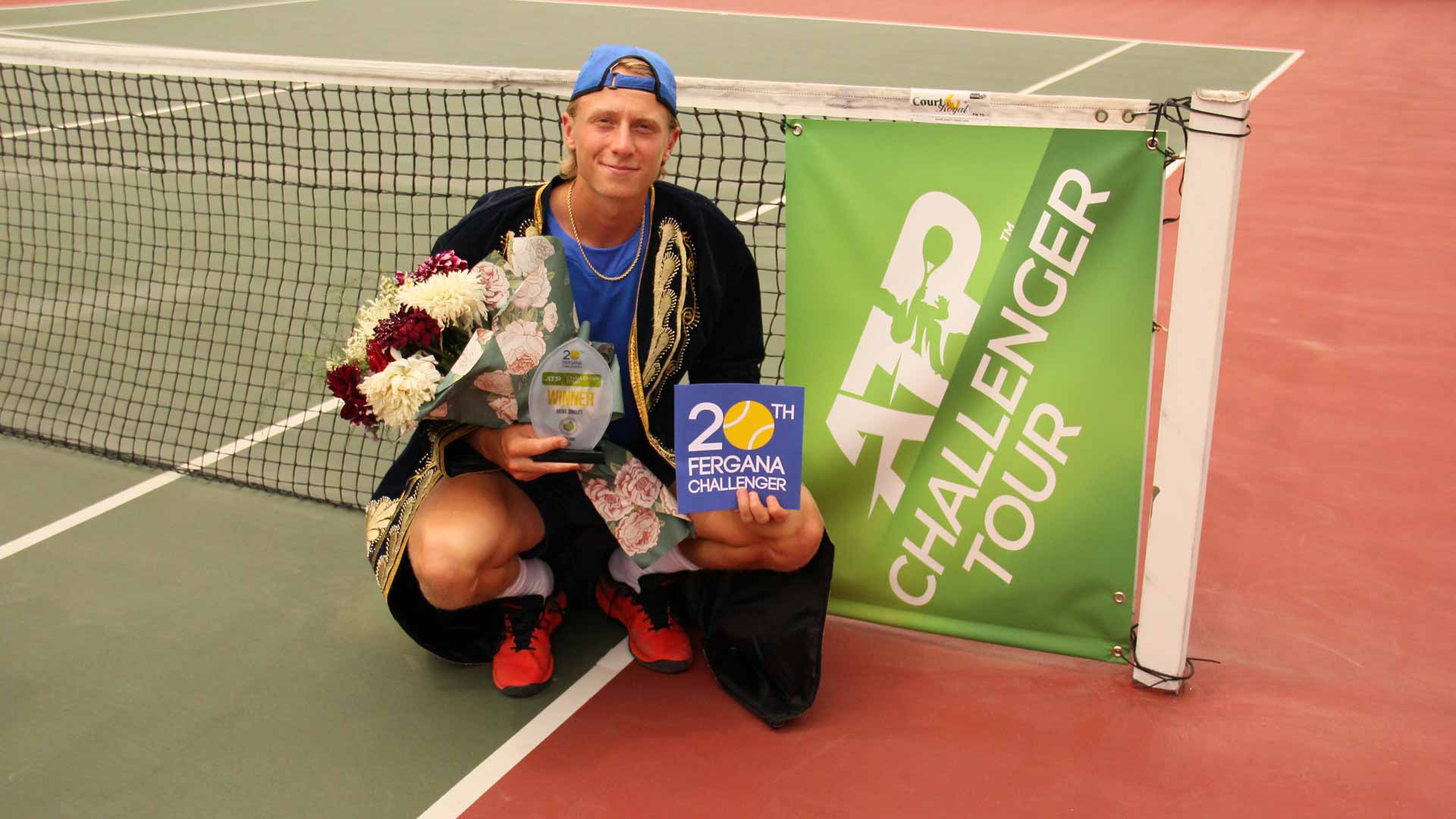 You haven't played many Challengers. Did you expect this success to come so quickly?
Well, maybe I didn't expect to win the title, but I've been improving a lot in the last few weeks. I don't set any limits for myself, so I know my level. I'm happy with this.

As you've moved from juniors to pros, what have you learned about your game at this level? How has your game grown?
It's really challenging at this level and everyone plays so well. It's all decided by the smallest of things. A few points here and there can make the difference. I have to play closer to the baseline and be more aggressive. Just do everything better [than in juniors].

You are just the fourth player from Finland to win a title in the last 30 years, and the first since Jarkko Nieminen. How special is that? Do you hope to inspire your country to play tennis?
I actually didn't even know that. It's great to represent your country. That's good to hear. I hope this drives the kids to start playing more tennis. We don't have too many players at the moment, so I hope there will be more in the future.

What did you enjoy most about your time in Fergana?
I didn't see much outside of the courts and the hotel, but everything here was great. The facilities are good too and everyone working here has done an excellent job. I have nothing to complain about.

For those of us who don't know much about you, what do you enjoy doing off the court?
Pretty simple. If I'm at home in Finland, I like to just hang out with friends and go fishing. And of course watch ice hockey.