Frances Tiafoe is into the fourth round at the US Open for the second consecutive year.

Andrew Eichenholz
This article contains:
Ferreira reflects on the strides Tiafoe has made

Frances Tiafoe earned a big win in the early hours of Saturday morning when he upset fifth seed Andrey Rublev in the third round of the US Open.

Later in the day, ATPTour.com spoke to Tiafoe's coach, former World No. 6 Wayne Ferreira, about the American's progression, finding the fine line between fun and focus, and more.

You’re often very calm during Frances’ matches, but during the fifth set even you were out of your chair. How was it seeing the way he responded?
There are so many different things we’re working on with him that he has to overcome. For example, being up a break in the fourth set, then losing his serve, losing his serve again and then losing the set. We’ve seen that happen a few times and then he’s come out and played a poor next set, letting that get a handle on him.

But I think he responded exceptionally well last night. Having that little downfall, losing that fourth set, coming out and playing as well as he did in the fifth set, for me it was all exciting. He’s starting to implement some of the work that we’ve been putting in, trying to overcome some of those things. He did a fantastic job coming through the adversity. It was really exciting for me.

You’ve spent so much time working on improving his focus, so was it like that work came to fruition last night?
Very much so. I was a little bit disappointed given he had been up a break in the fourth set. He got a little bit tight and then let the next game get control of him, but for him to overcome it and rectify it and play such a good fifth set was very, very encouraging. 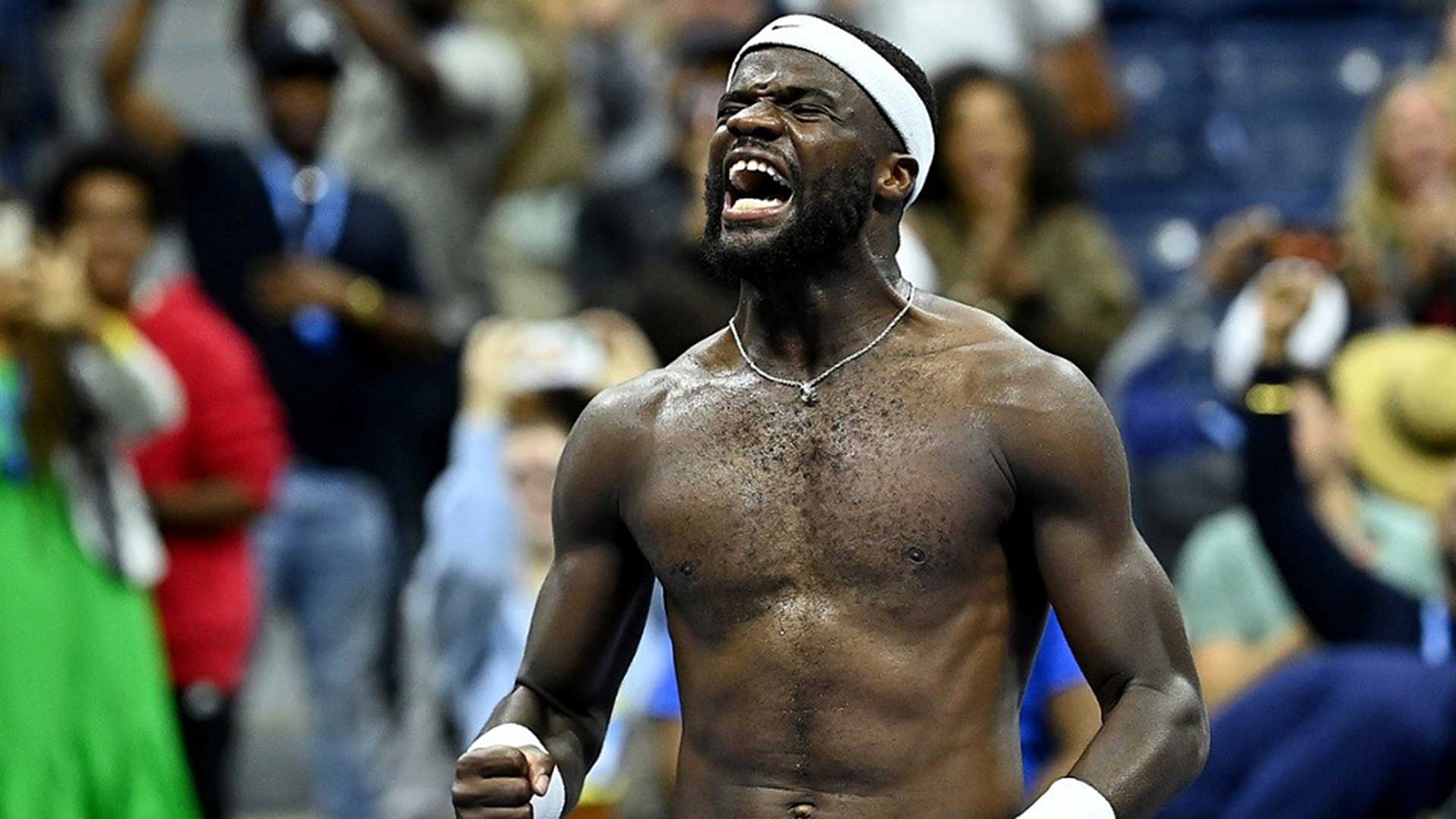 Photo Credit: Pete Staples/USTA
Was the game plan to try to get on top of Rublev to prevent him from controlling play?
Take away completely his strategy. His strategy is to get the ball in play and look for the forehand. He stands in that backhand corner and hits forehands all over the place. The strategy was to attack second serves, which he did phenomenally well last night.

The other play was to change the direction a lot and go to the forehand early so that he could open up the backhand and not allow him to sit in the backhand corner. Frances did a fantastic job last night of changing directions. He played a very smart match.

Do you believe that was his best win with you?
Yes, but I would also say the win over [Stefanos] Tsitsipas at Wimbledon in straight sets and not losing his serve in that match, that was an incredible, incredible win. We’re starting to have some good ones. There are starting to be a lot more matches where a lot of the work he’s been putting in is starting to come together. It’s probably one of the top three wins we’ve had so far.

Frances was in this position at last year’s US Open, reaching the fourth round. What is the difference between the Frances of last year and this year?
He has definitely made a big stride forward this year compared to last year. Last year he did well, but the matches weren’t as clean as he’s had this year. There were some ups and downs with the [John] Millman match and then an unbelievable match against [Marton] Fucsovics. It was a disappointing match with [Daniil] Medvedev. Last year there were too many ups and downs.

This year has been pretty good. His first round, second and third round have been very solid. He’s done everything the right way. It’s been very, very clinical to a certain degree. I’m hoping with everything we’ve been working on that he’s now able to move it to the fourth match, because obviously to win a major you need to win seven matches and that’s a lot of work to do.

Was there a point when you realised he made those strides?
It’s been gradual. We have pros and cons every week. Every week there is some good that we’ve done and improved on and there is still some poor that we have to overcome. It’s an ongoing process. We have a lot of things that we’re working through and we’re taking them step by step.

He’s knocking a few of them off the list, but there are going to be bad weeks. We’ve had some good matches and we’ve had some bad ones still, so it’s not perfect by any stretch of the imagination. But we’ve got to just keep working on it.

Is his focus still the big task at the moment?
The focus of course, absolutely. No question. Keeping the focus and the intensity, not letting things get on top of you. That’s why the fifth set was such an impressive set last night. There were so many times he would have let that fourth set get a hold of him and he would have gotten disappointed and lost his commitment, his drive. The focus is still going to be key.

A match like he has with [Felix] Auger-Aliassime, it’s going to be very important for him to be focused all the time. He has to serve really well. If he can get through his service games, he’ll give himself a really good chance. 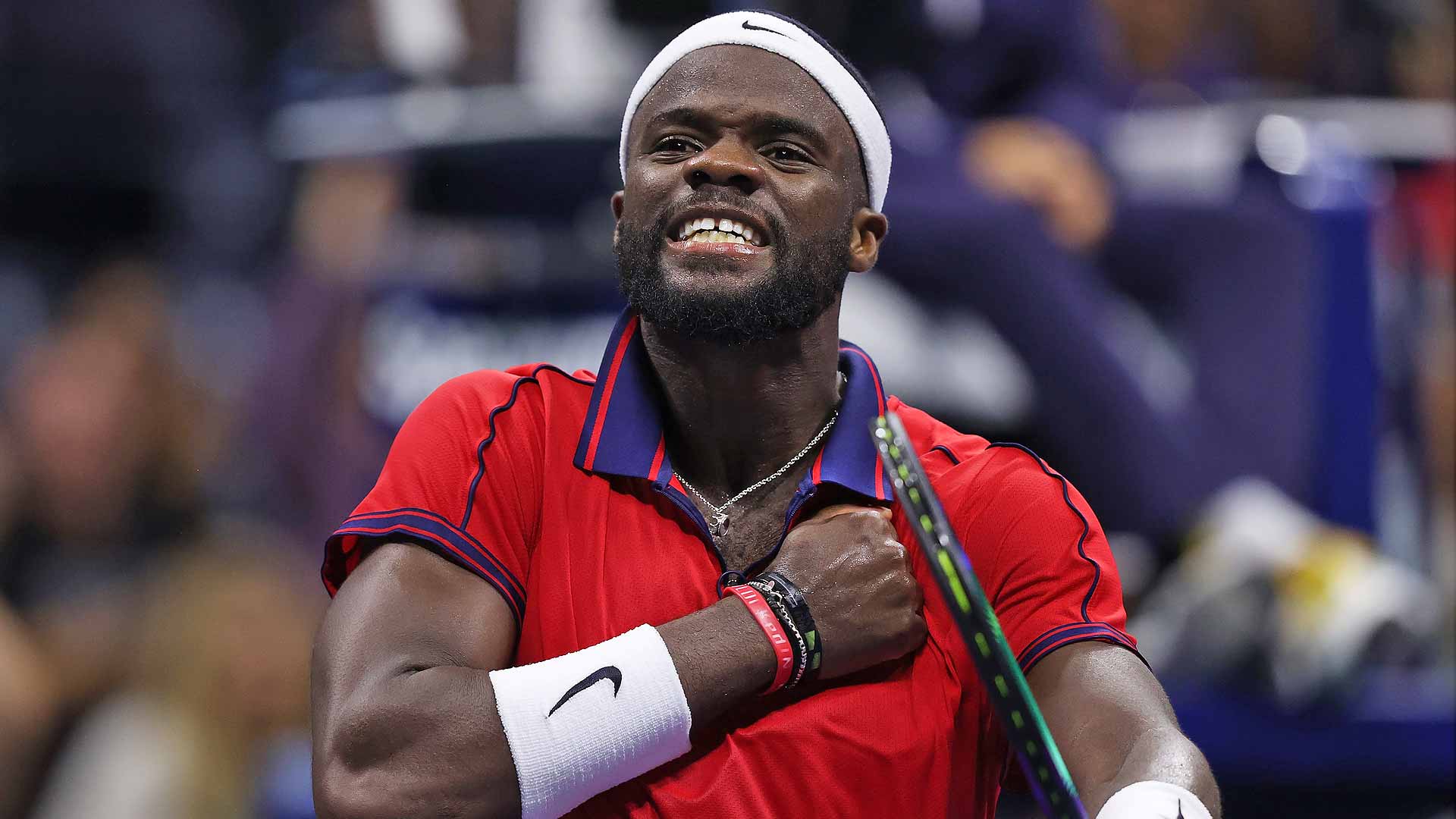 Photo Credit: Getty Image
If the game plan was to attack Andrey’s second serve, Felix has also had some issues there sometimes. How different is the matchup with Felix?
In my opinion, fairly similar in a lot of ways. Felix does have problems with his second serve, but his second serve is a lot bigger, it’s a lot more penetrating, it’s much harder to attack. But I do think he needs to try to put pressure on the second serve.

As far as the groundstrokes, they both hit the ball very hard, very solid, play very, very well from the back. The ball is going to come back quickly again, he’s going to have to defend a lot. He’s going to have to try to change directions, mix things up. From that aspect, I think it will be similar.

The serve is going to be key again. I think if Frances serves well or if he can get on top of Auger-Aliassime’s serve, the key is going to be the serve and return.

We saw how much Frances played to the crowd. How much does being at home help him?
With his personality, it’s something that he really likes to do. We’ve been working very hard on finding that happy medium of having fun, but focusing at the same time. I’ve always said that if he was able to mix the two really well, it would be really good for him because that’s what he wants. He wants the crowd to be involved, he wants to have fun.

His personality is so outgoing, he wants to enjoy himself. I think he actually did it pretty perfectly yesterday in regards to enjoying himself, getting the crowd involved, but keeping focused. And if he’s able to do it at that level, I think that’s the type of player he is. It’s like a [Gael] Monfils in a way. He wants to get the crowd involved, have fun, but you also have to be careful not to let that get a handle on you.

How fine of a line is it to avoid drifting too far into that and losing focus on the tennis?
That is the key, trying to find a way to make that not happen. That’s the difficulty with him. I want him to enjoy himself, but he also has to learn to switch on and shut off. Go and enjoy with the crowd, but then make sure you shut off.

Last night, I think he did a great job. I think there are going to be times when it’s going to get the better of him. This is something we’re trying to work on, but it’s a difficult thing to work on because you can only work on it during matches. Yesterday was good. Hopefully he can control himself and have fun with the crowd in the next one, but make sure it doesn’t get the better of him and lose focus. But yesterday’s match was good.

How much fun are you having on this journey with Frances?
It’s great, because he’s such a nice guy. We have such a nice time together. He has so many improvements to make and so much that he can do. It’s a really cool project, because he has the ability to be so much better and he wants to do it. It’s nice that he’s open to learning and to do his best. There are a lot of changes we have to make and it’s really a lot of fun spending time with him, being with him and seeing everything go in the right direction.