Alex de Minaur - Sydney [First-Time Winner Spotlight]
Alex de Minaur broke into the spotlight in Australia in 2018, reaching the semi-finals in Brisbane and his first ATP Tour championship match in Sydney. This year, he lifted his maiden trophy in his home country, defeating veteran Andreas Seppi 7-5, 7-6(5) to triumph at the Sydney International.

"It's surreal. I couldn't think of a better place to get my first win," said De Minaur. "It's been tough, because I have played a couple of finals and things haven't gone my way. To finally be able to take that step further and get my first win, it's something that's really special in front of friends and family and on the courts I grew up [on]. [These are] definitely memories that are going to last forever."

The first first-time winner of the season also ended up being the youngest, emerging victorious at his home event when he was 19. De Minaur became the youngest Sydney champion since his mentor Lleyton Hewitt lifted the trophy in 2001. He was also the first Aussie to win the event since Bernard Tomic in 2013. 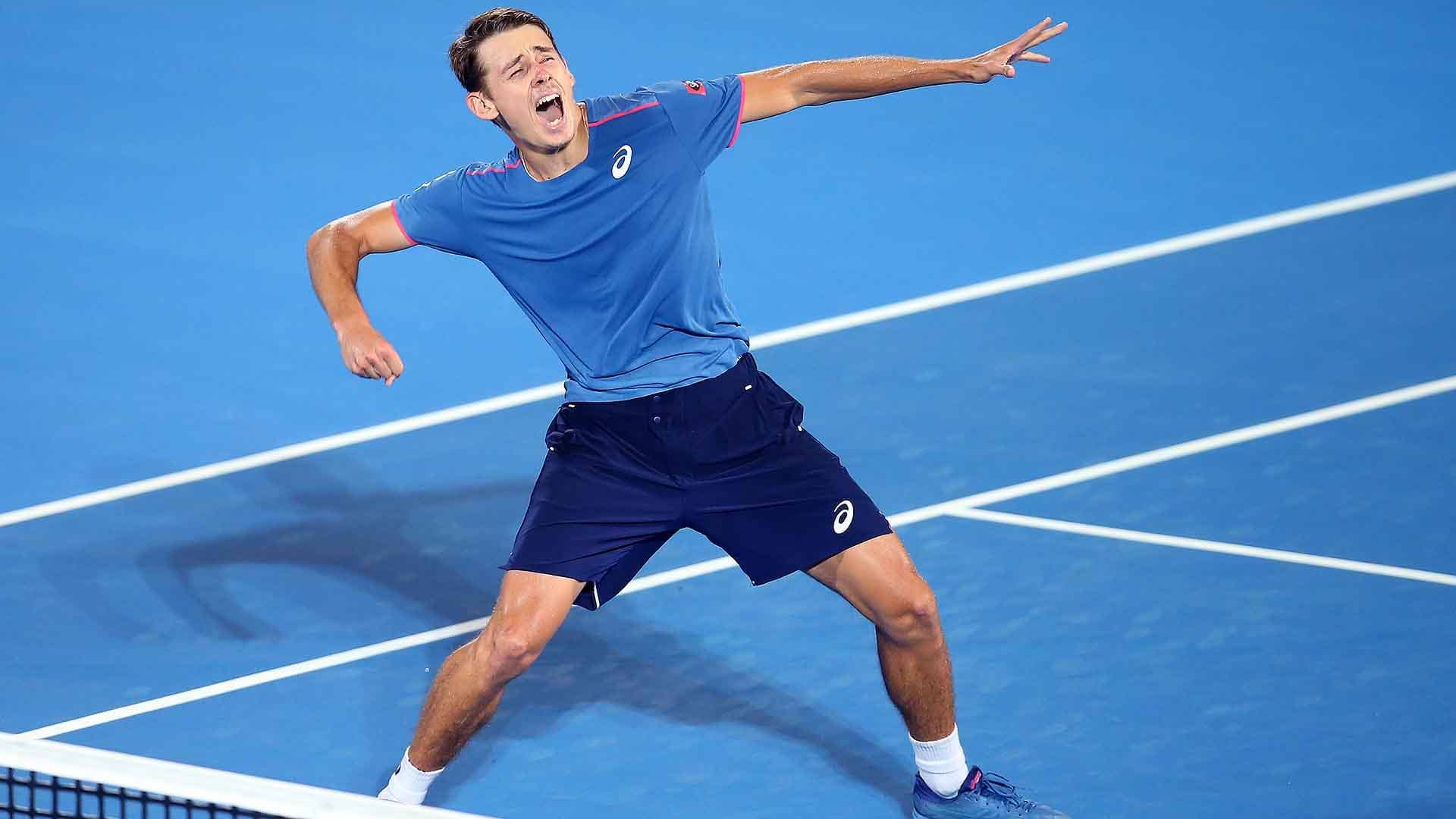 "I'm a little bit at a loss for words, honestly. A lot of work, a lot of training and a lot of sacrifice goes into even making a final and to get a win, I'm kind of speechless," Sandgren said on court. "Just grateful that I can be out here, play and compete.”

Norrie had beaten the American in three consecutive ATP Challenger Tour events in September and October of 2017. But Sandgren found some of the tennis that helped him to the 2018 Australian Open quarter-finals to dismiss Norrie in 79 minutes. 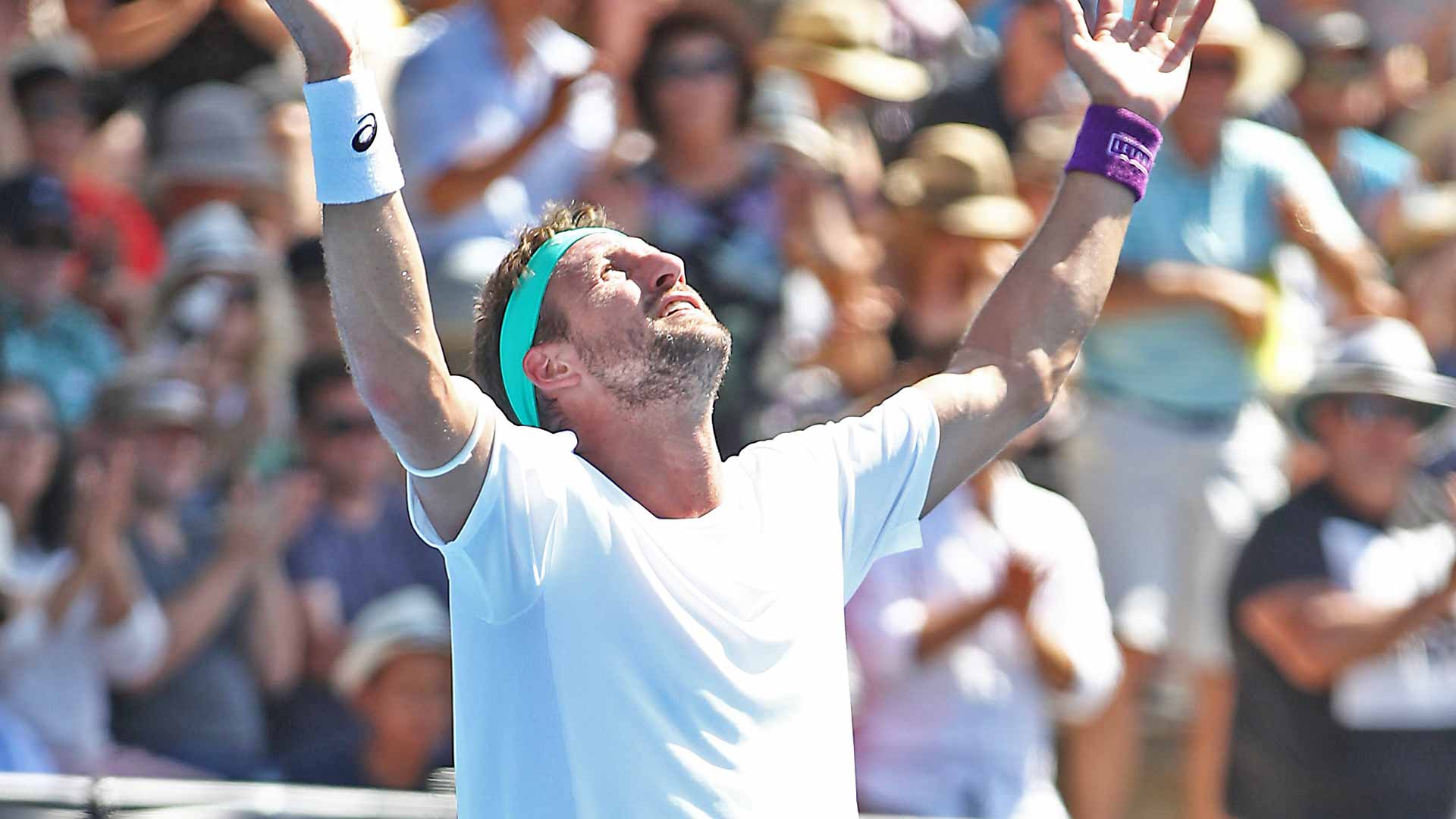 Juan Ignacio Londero - Cordoba [First-Time Winner Spotlight]
Juan Ignacio Londero began the Cordoba Open without a tour-level victory. Not only did he reach the final without dropping a set, but he rallied from a set down to defeat Guido Pella in the championship match 3-6, 7-5, 6-1, completing a dream run.

“It is an incredible feeling, for sure, and I did not expect to win the tournament. I came hoping to win one, two matches, even though I felt I was on a very good level. I knew I was training well, winning practice sets,” Londero said. “It's really something that I will never forget.

Londero was not a one-tournament wonder, either, winning 22 tour-level matches this season and finishing inside the Top 50 of the year-end ATP Rankings. 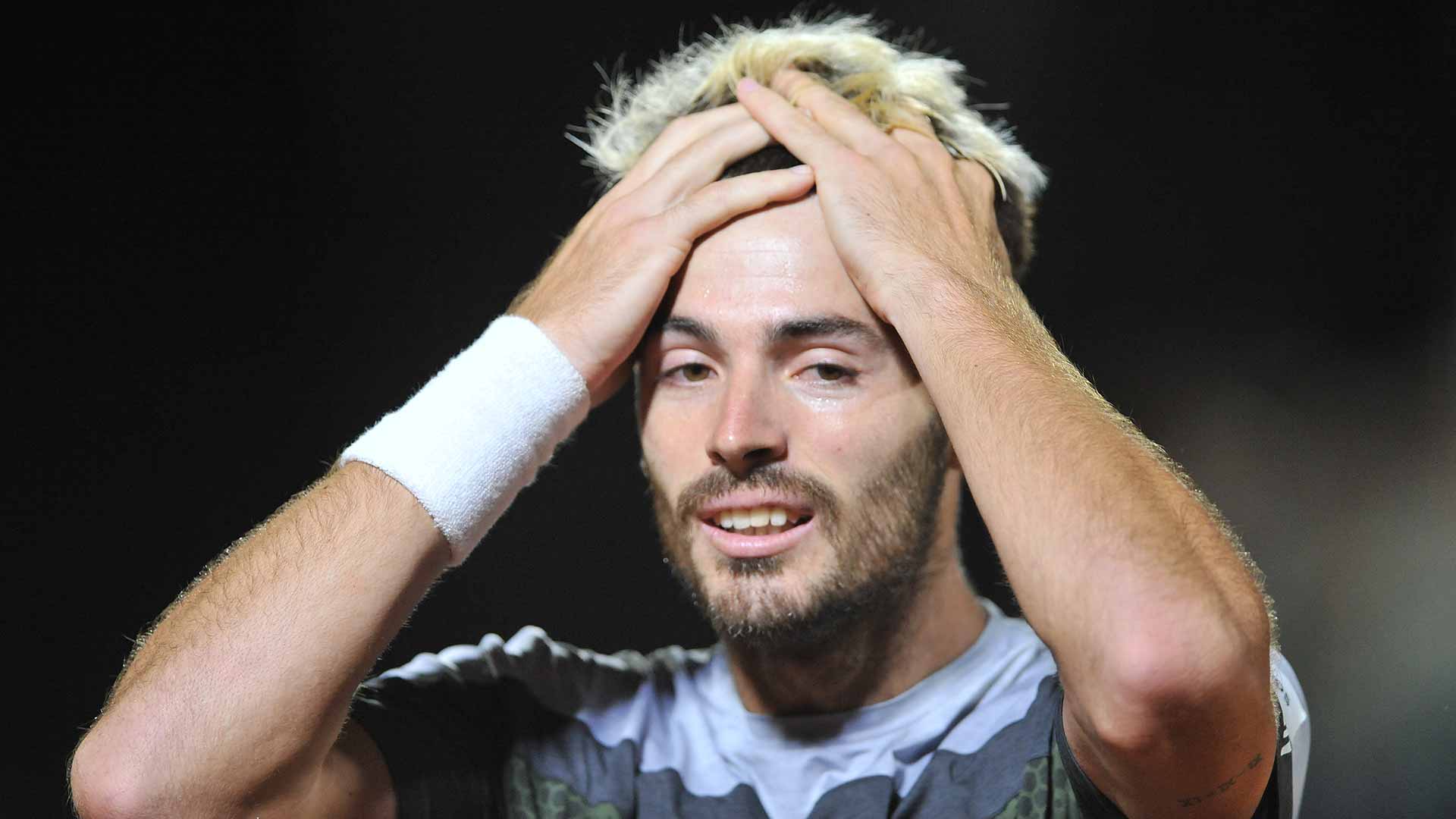 Reilly Opelka - New York [First-Time Winner Spotlight]
Reilly Opelka began the New York Open as World No. 89. He came from a set down in three of his first four matches to reach his first tour-level final, and clinched his maiden ATP Tour title with a 6-1, 6-7(7), 7-6(7) win against Brayden Schnur, also a first-time finalist.

Then 21, Opelka saved six match points in the second-set tie-break of his semi-final against John Isner, with the Americans setting a new ATP Tour record for most combined aces in a three-set match with 81. Opelka struck 43 and Isner hit 38.

But Opelka didn’t stop there, overcoming a second-set hiccup in the final against Schnur to convert his sixth championship point.

“This [title] is definitely what I’m most proud of,” said Opelka. “I was tough mentally, especially losing a lot of first sets this week, and my first serve really helped me out. I was able to play clutch in those big moments." 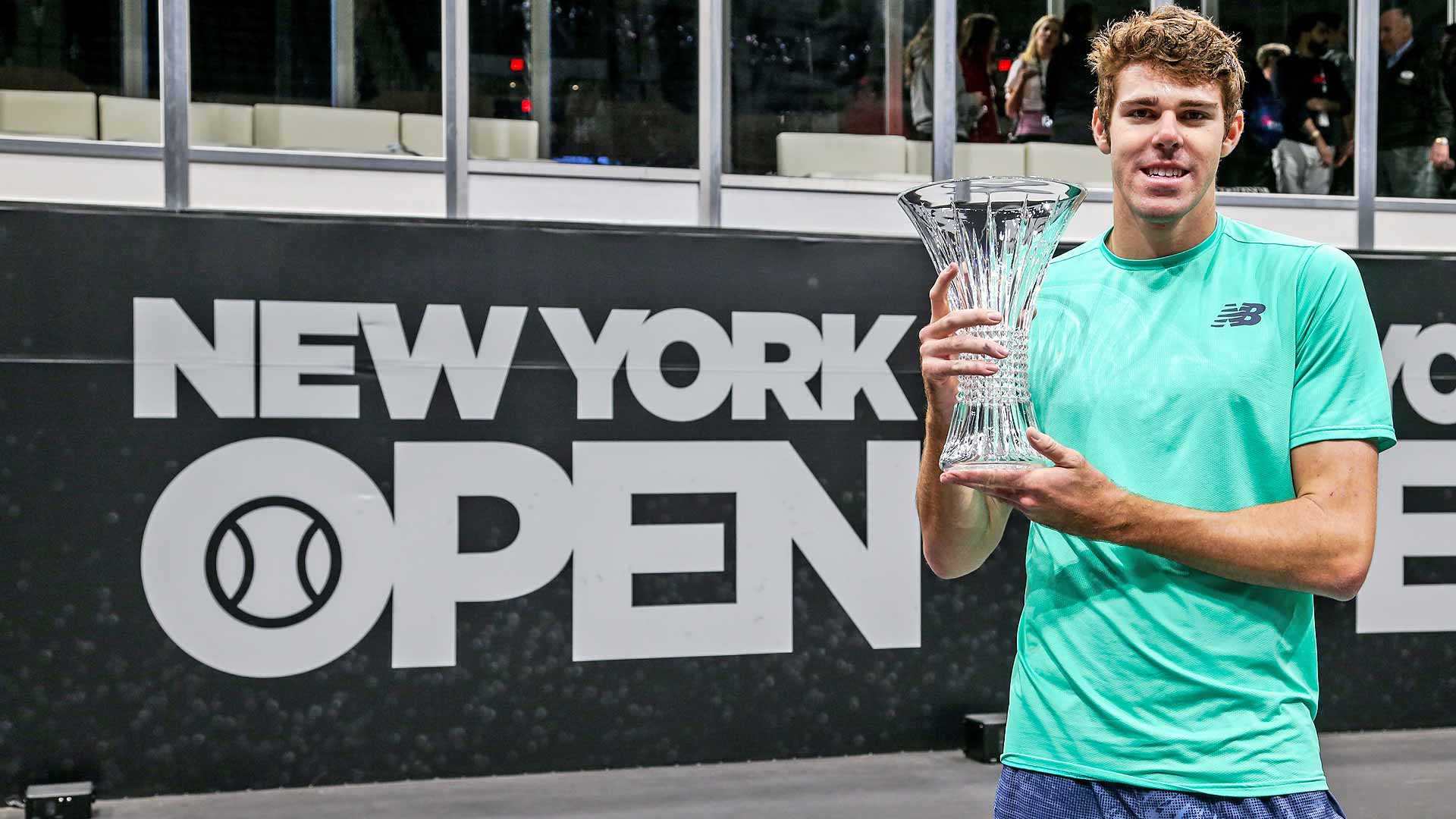 Laslo Djere - Rio de Janeiro [First-Time Winner Spotlight]
Laslo Djere began his run at the Rio Open presented by Claro with a straight-sets win against top seed and 2017 titlist Dominic Thiem, his first victory against an opponent inside the Top 10 of the ATP Rankings. And the Serbian finished his week with his first ATP Tour title, defeating fellow first-time finalist Felix Auger-Aliassime 6-3, 7-5 to lift the trophy.

It was an emotional triumph for Djere, whose mother had passed away seven years earlier, and his father died two months before the tournament. His victory speech on court after the match went viral, gaining support on social media from countless players, including Novak Djokovic.

“It’s been the week of my dreams. So many things have been achieved here. I’m really happy, excited and emotional now. I’m happy I could push through this match because it was very tough mentally and physically.” 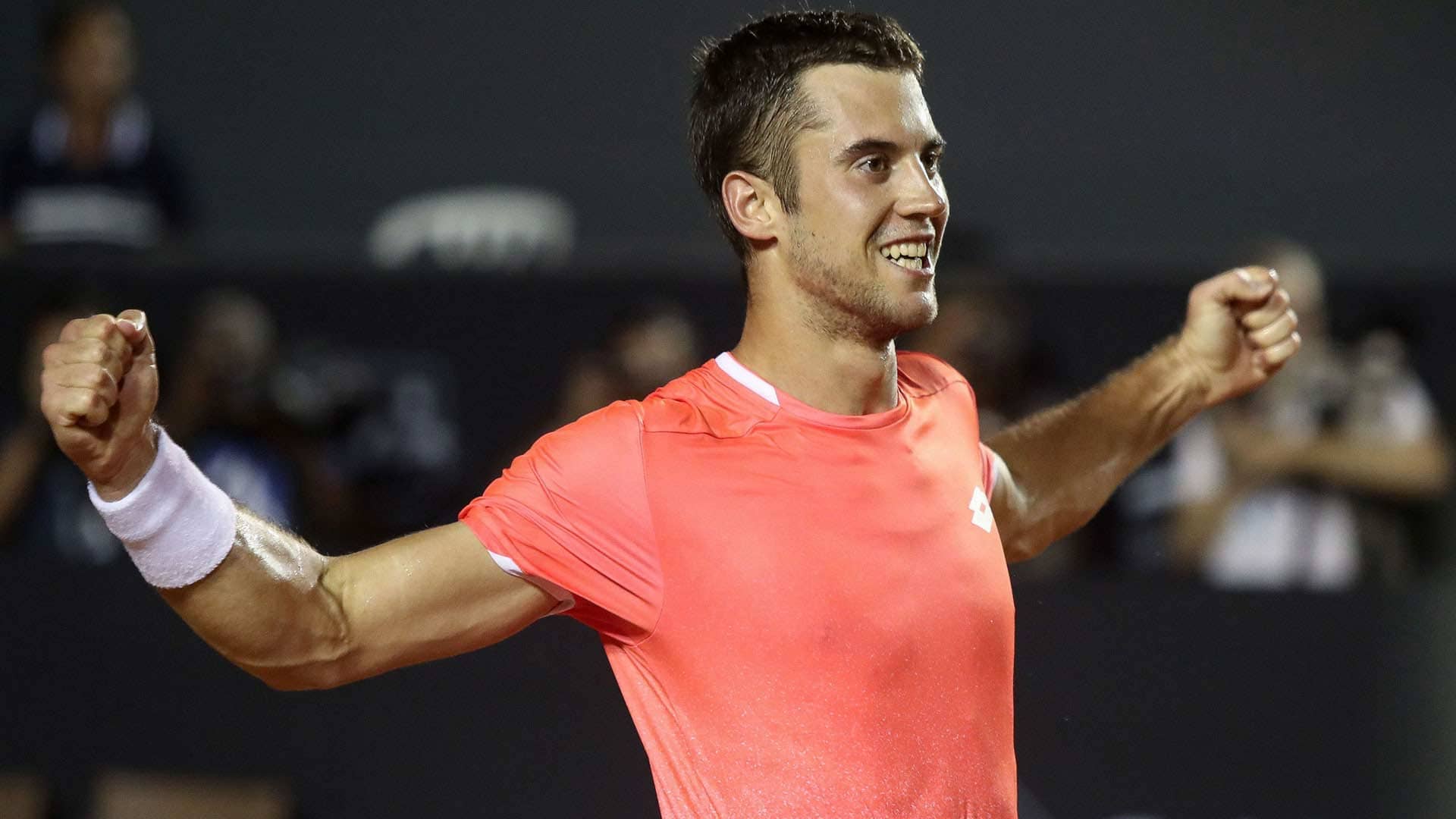 "It feels unbelievable. You work so much. You work your whole life, your whole career, and at the end you win a tournament," Albot said. "This is just a great feeling. I think it's difficult to put into words."

Albot had made only two previous ATP Tour semi-finals, winning four games apiece. But the Moldovan used his Delray Beach success as a springboard to a breakthrough season, reaching a career-high World No. 39 and earning just short of $1 million in prize money. 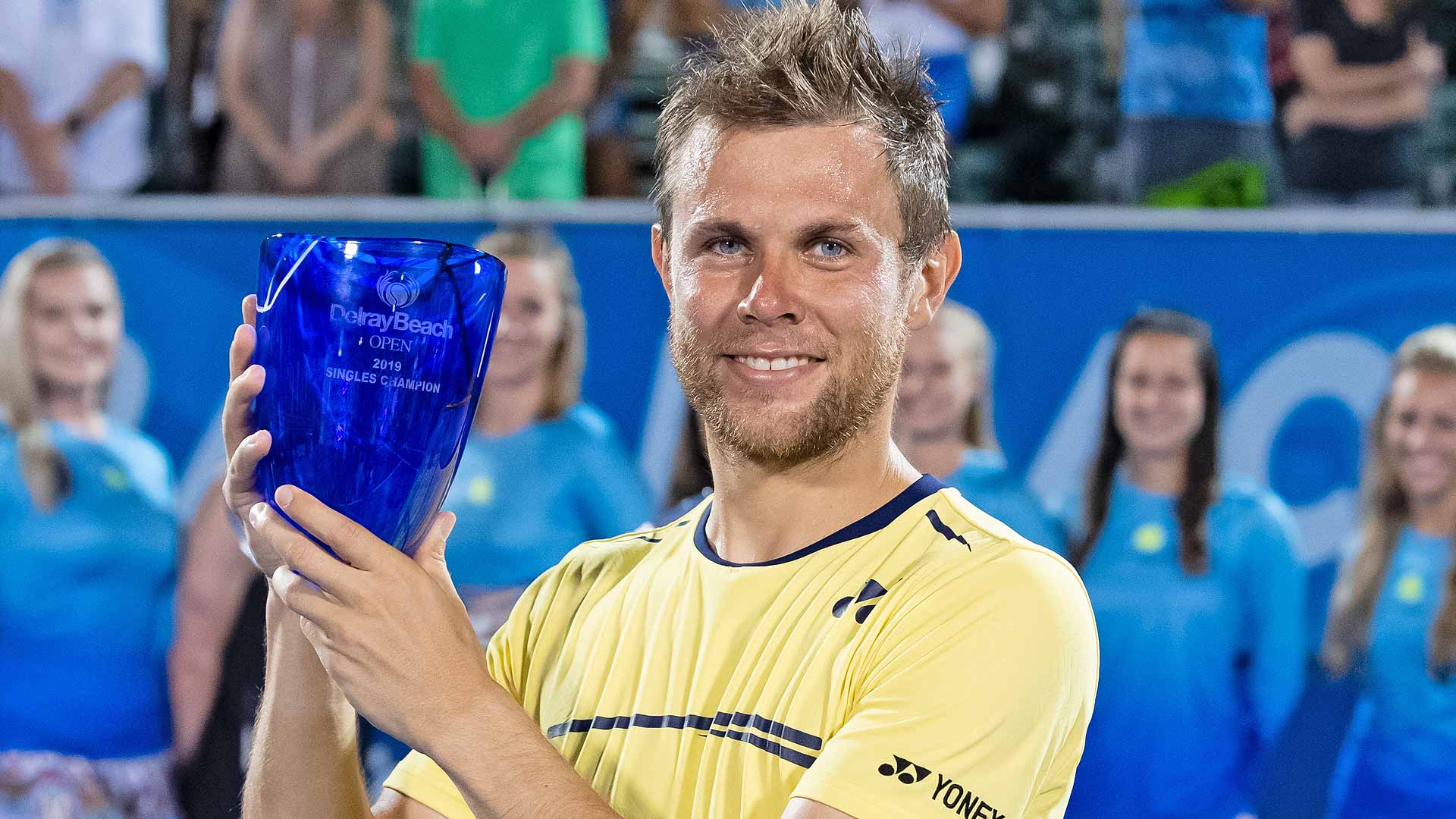 Guido Pella - Sao Paulo [First-Time Winner Spotlight]
Guido Pella led by a set and a break in the Cordoba Open final, before Londero found his form and raced back for the first title of his career. But the Argentine lefty did not let the disappointment consume him, bouncing back at the Brasil Open with a 7-5, 6-3 win against Cristian Garin to lift his first ATP Tour trophy.

“Today was my day,” Pella said. “After five finals, it was time that I won the match. I didn't know what to say, what to think. It was a very emotional moment for me. I'm not used to crying a lot and today was unbelievable."

Pella had lost his first four finals, with all five of his championship matches coming on clay. Pella finished the season tied for third with Rafael Nadal with 21 clay-court wins. 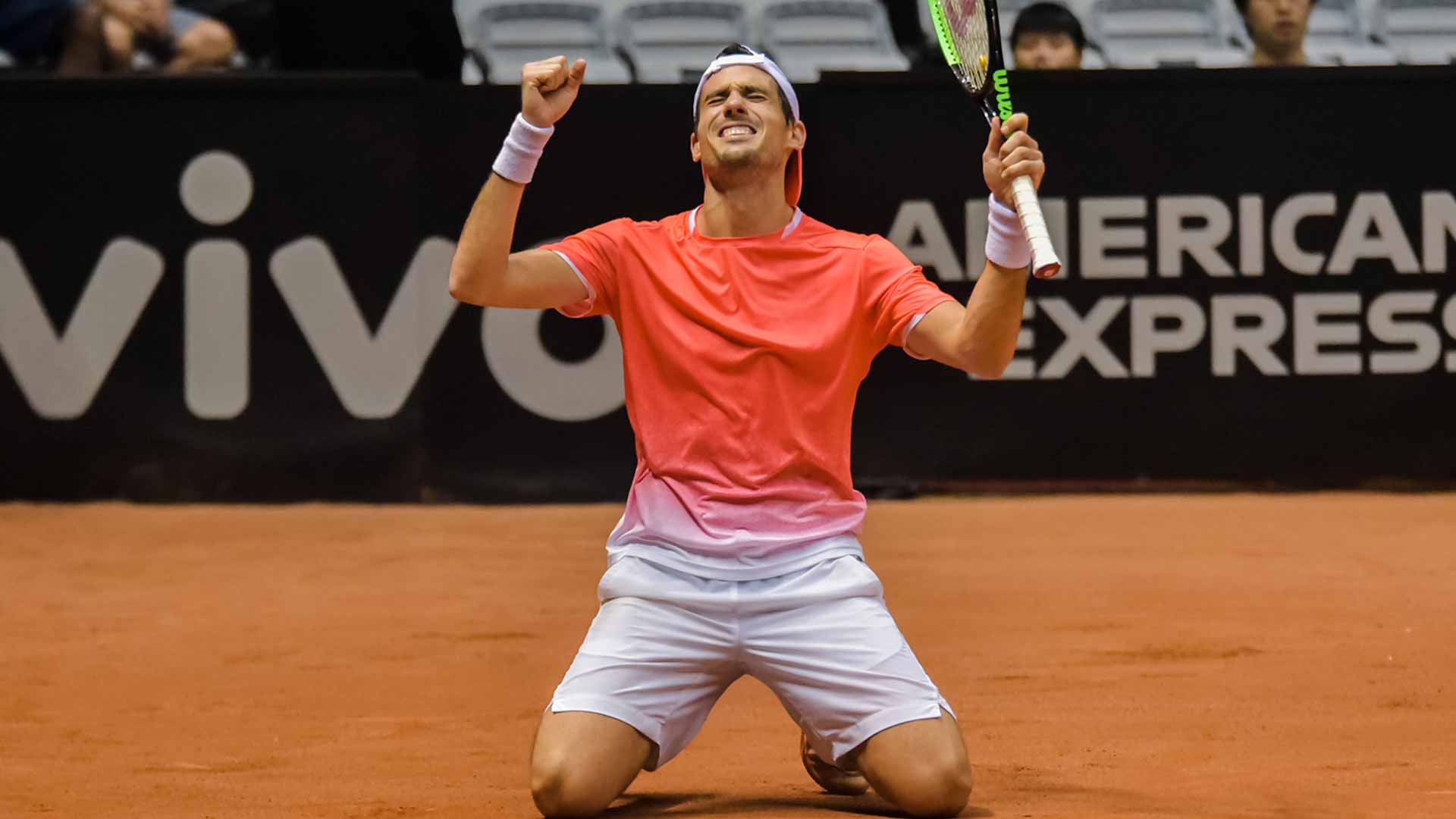 "It was a really intense match today. I think what I did well was to keep playing my game throughout the match," said Garin. "Of course, now I want more, so I have to keep working hard and improving every day."

Garin almost didn’t make it past the second round, saving five match points against Jeremy Chardy. He would later win his second ATP Tour title in Munich, also on clay. 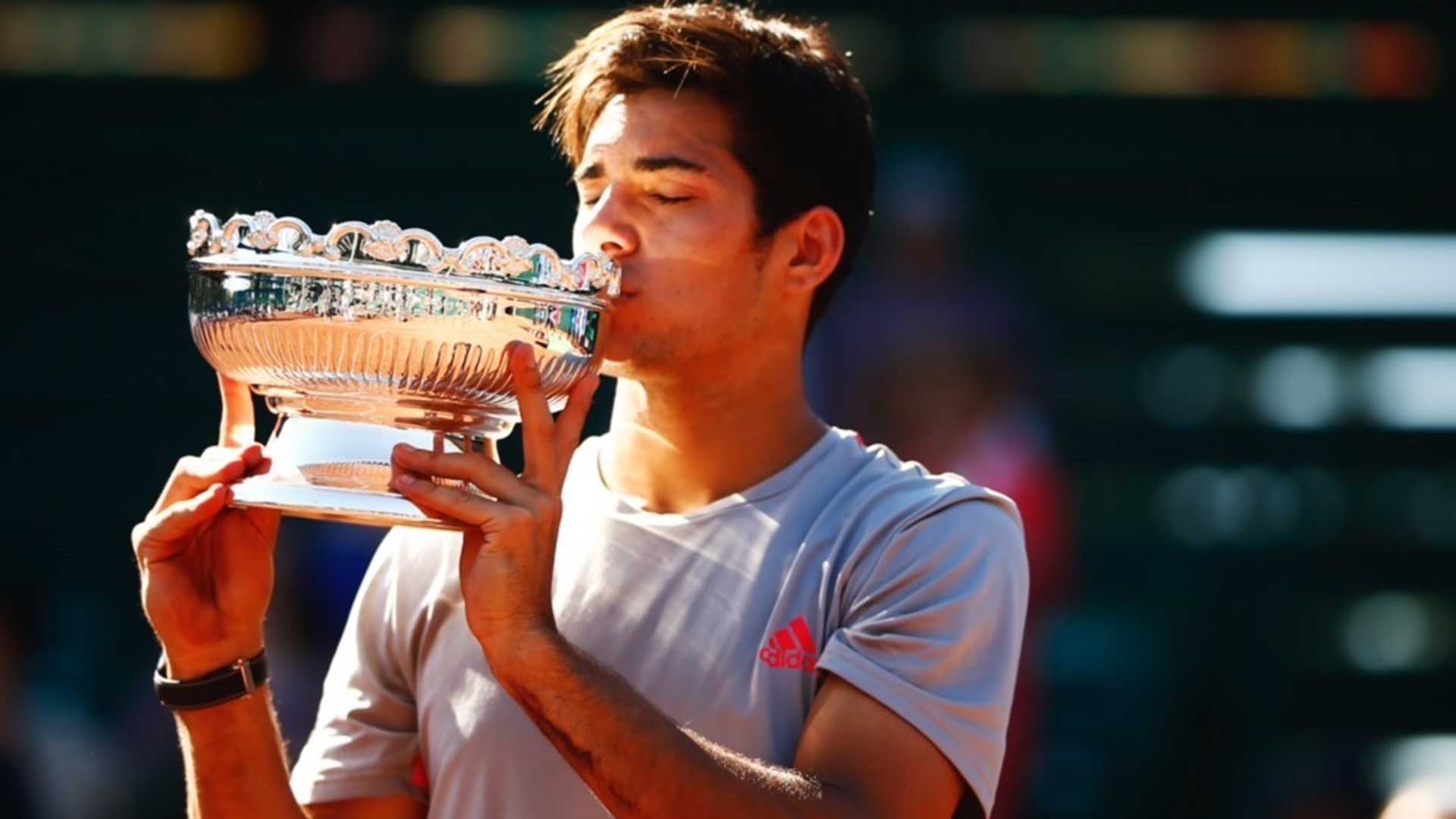