The Cinderella run continues for Dominik Koepfer at the US Open. After toppling Reilly Opelka, the German upset 17th seed Nikoloz Basilashvili to reach the second week of a Grand Slam for the first time.

In reaching his first major Round of 16, Koepfer became just the second qualifier to do so in New York since 2009. He will next face either Daniil Medvedev or Feliciano Lopez on Sunday.

ATPTour.com takes a look at five things to know about the 25-year-old.

1. The German is enjoying a sudden breakthrough in 2019.
After struggling to find his form as a professional in his first two seasons, Koepfer is discovering the right formula in 2019. He claimed his maiden ATP Challenger Tour title on the grass of Ilkley, UK, before reaching the second round in his Grand Slam debut at Wimbledon.

Koepfer is catapulting up the ATP Rankings this year, projected to break into the Top 100 of the ATP Rankings after a successful fortnight in New York. And to think, just one year ago he was sitting at No. 243.

"The most important thing is my belief," Koepfer said. "The belief that I can hang with the top guys. Last year, that wasn't there. Getting the win in Ilkley helped a lot to believe in my game and my skills. And I have a much better serve now." 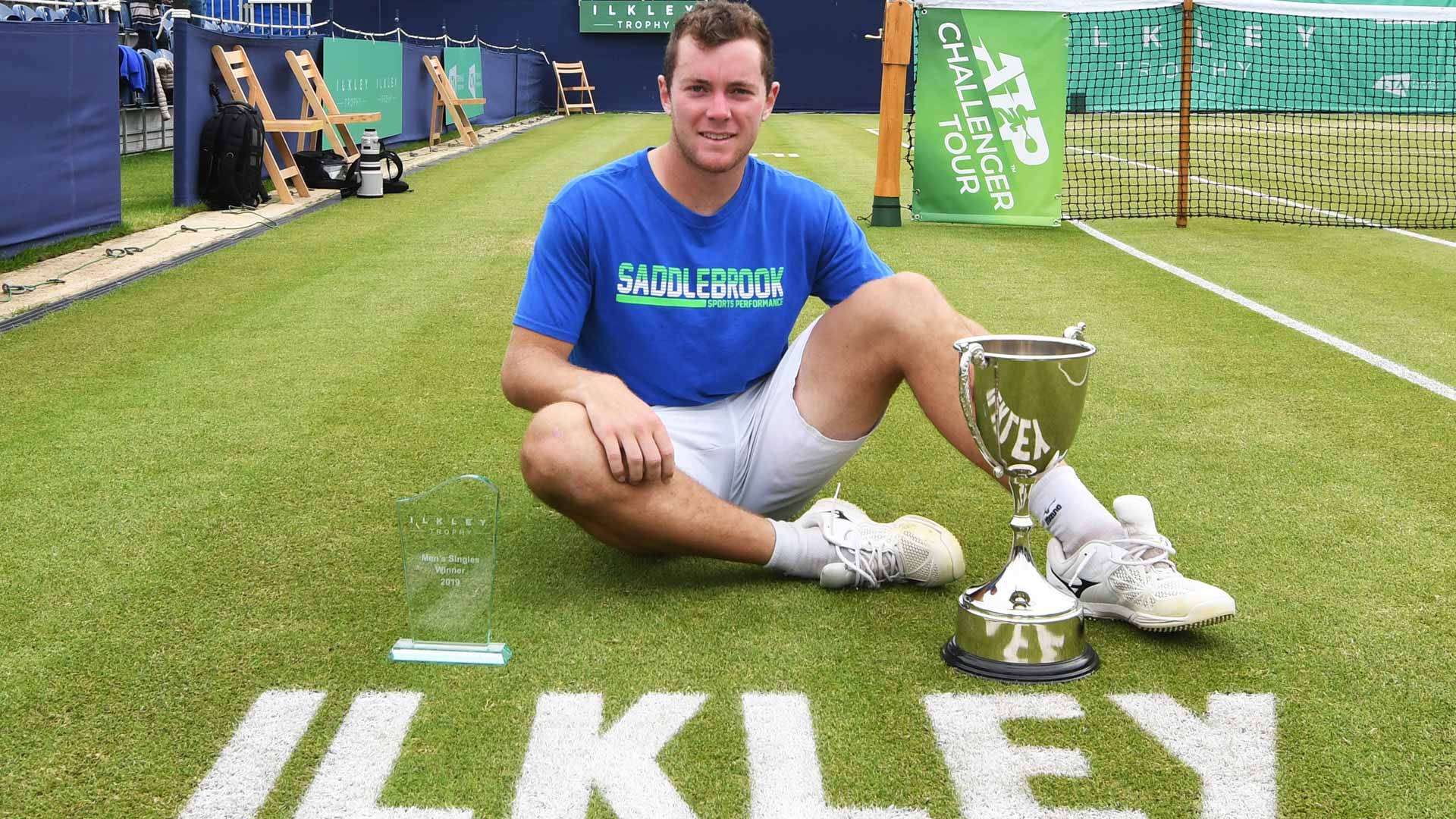 2. Koepfer credits much of his success to coach Rhyne Williams.
Finding the right coach can often change everything for a player who is rising the ranks on the Challenger circuit. With Williams in his corner, Koepfer has redefined his on-court game and off-court approach. The pair teamed towards the end of the 2018 season and the decision has paid dividends. More mentally focused and able to channel his aggression, he is making the most of his newfound opportunities this year.

"He's definitely been there before and been crazy on court too," Koepfer said of Williams. "That's where I was struggling with a bit mentally. He sees the game really well. We've been working on little things every day in practice and it's been great so far."

With @RhyneWilliams in his corner, @DominikKoepfer is soaring towards the Top 100.

But can they keep it together on camera? The struggle is real. pic.twitter.com/CUQ4fYL1FK

3. He was an NCAA All-American at Tulane University.
But Koepfer says he wasn't very good when he first arrived.

"I went to college, but wasn't very good. I would say I was pretty terrible the first year. But I started to work my way up."

The German eventually turned it around, earning the No. 1 individual college ranking during his junior season and claiming All-American honours on two occasions. He would graduate with a degree in finance. After learning to adapt to life after college, it's safe to say the 25-year-old is a late-bloomer on the pro scene.

You May Also Like: Koepfer Earns Wimbledon Wild Card With Ilkley Title

4. He didn't commit to tennis until age 16.
Where most players begin their professional journeys at a young age, Koepfer is an exception. He grew up playing tennis, golf and skiing and says he didn't pick up a racquet more than twice a week before age 16.

"Then I had a run at the German Championships and that's where I started picking it up more. But still, that was only three or four times a week then. That was one thing that was a little different from other guys. Where I started was completely different."

5. He's become a gym rat under Williams.
Koepfer also credits his 2019 breakthrough to a more dedicated regimen in the gym and a committed diet. He says that the transition from college to the pros taught him that it was essential to pay more attention to his body.

"The first year as a pro was different. I had bad habits from college, eating whatever I wanted. I realized that to compete with the top guys, you have to be fit and ready to compete every day. Things definitely changed over the past year."

"He's worked his butt off every day, making great decisions off the court especially," added Williams. "He's a beast in the gym and eats the right foods." 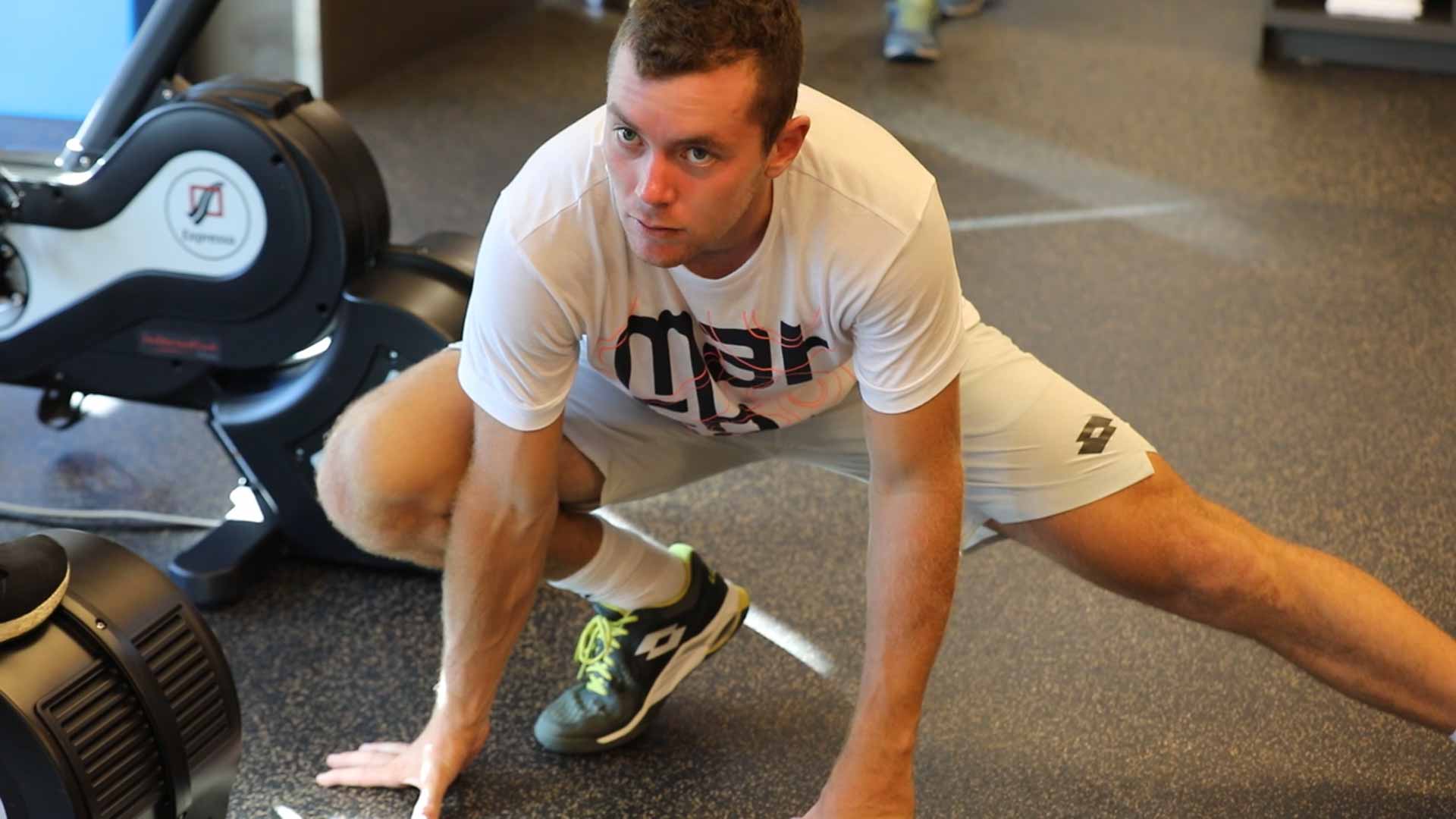