A view of Pista Rafa Nadal at the Barcelona Open Banc Sabadell, an ATP 500 clay-court tournament.

The Barcelona Open Banc Sabadell started in 1953 and was a founding member of the ATP Tour in 1990. ATPTour.com looks at five things to know about the ATP 500-level tournament.

Historic Venue
The Real Club de Tennis Barcelona 1899 is the oldest tennis club in Spain, established as the Barcelona Lawn Tennis Club by English families, shortly after the founding of the city’s world-famous football club. Situated in the north-west of Barcelona, the 18-court club has hosted the Trofeo Conde de Godo, named after Carlos Godo Valls, Count of Godo, since 1953. The silver trophy, weighing 13 kilograms and featuring miniature tennis players at the top, was designed by jewellers Soler Cabot.

American Victor Seixas beat Enrique Morea of Argentina 6-3, 6-4, 22-20 in the 1953 final, which at 61 games is the most games in a singles final at the Barcelona Open Banc Sabadell. Today aged 96, Seixas is one of 10 players to have lifted the trophy without losing a set during the tournament week. The final was a best-of-five sets match until 2007.

In 1999, the Real Club de Tenis Barcelona celebrated its 100th anniversary, which was recognised by His Majesty King Juan Carlos I. 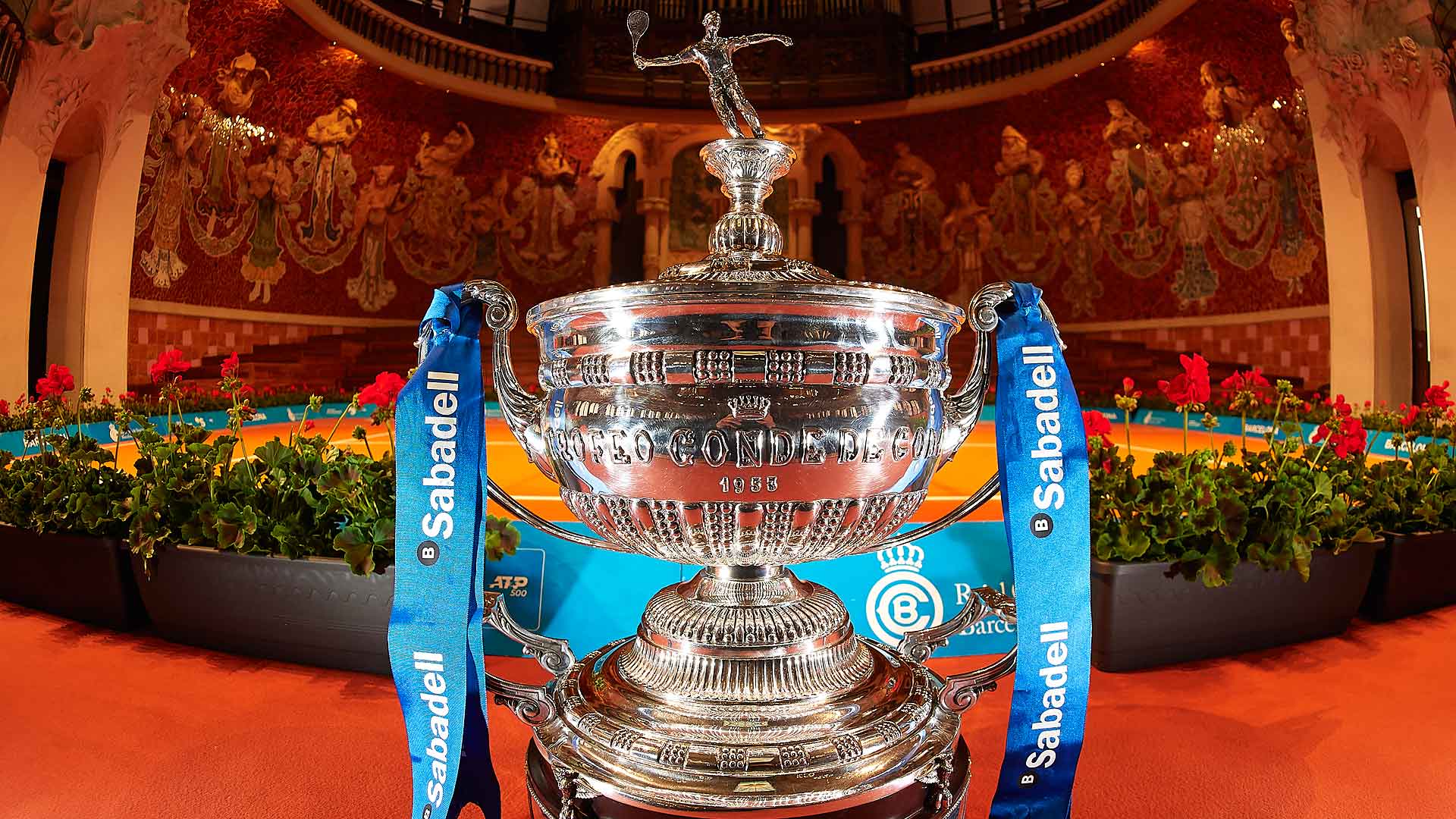 Gomez, A ‘Double’ Winner
With the reorganisation of the professional tennis calendar and the first ATP Tour in 1990, Andres Gomez travelled to Barcelona just seven months after beating Ivan Lendl and Horst Skoff for the title in September 1989. Upon retaining his title in April 1990, after beating Guillermo Perez-Roldan 6-0, 7-6(3), 3-6, 6-0, 6-2 over three hours, he broke into the Top 10, his highest position for more than two years. Fourth seed Gomez had saved four match points against Michiel Schapers in the opening round.

Afterwards, Gomez said he’d be donating $7,000 to homeless children in Ecuador. “I dedicate this victory to the people of my country." The previous week, Gomez and his family had visited the Statuary of Fatima during the Estoril tournament. “We are a Catholic family and I made a promise to the Virgin Mary, when I asked her to help a family member and to give me strength to win the tournament,” said Gomez. "I will keep my promise and give $7,000 to homeless children in my country.”

Gomez added to his success by partnering Javier Sanchez to the doubles title with a 7-6(1), 7-5 victory over Sergio Casal and Emilio Sanchez. “This was the only doubles title – among the top clay-court titles – that I hadn’t won,” he said. “It was a good week.”

Nadal, The Serial Champion
Rafael Nadal, who is one of seven left-handed singles champions in the 67-year history of the tournament, first appeared at the ATP 500-level event as a 16-year-old in 2003, when he lost to Alex Corretja 3-6, 6-2, 6-1 in the second round. Since then, his record — and across the entire Spring European clay-court swing, particularly — has been amazing. On 26 April 2017, the centre court was renamed ‘Pista Rafa Nadal’ and later that year, following his 10th Barcelona crown (d. Thiem), the then Tournament Director, Albert Costa, and Javier Godo presented Nadal with a 13kg silver replica of the trophy. 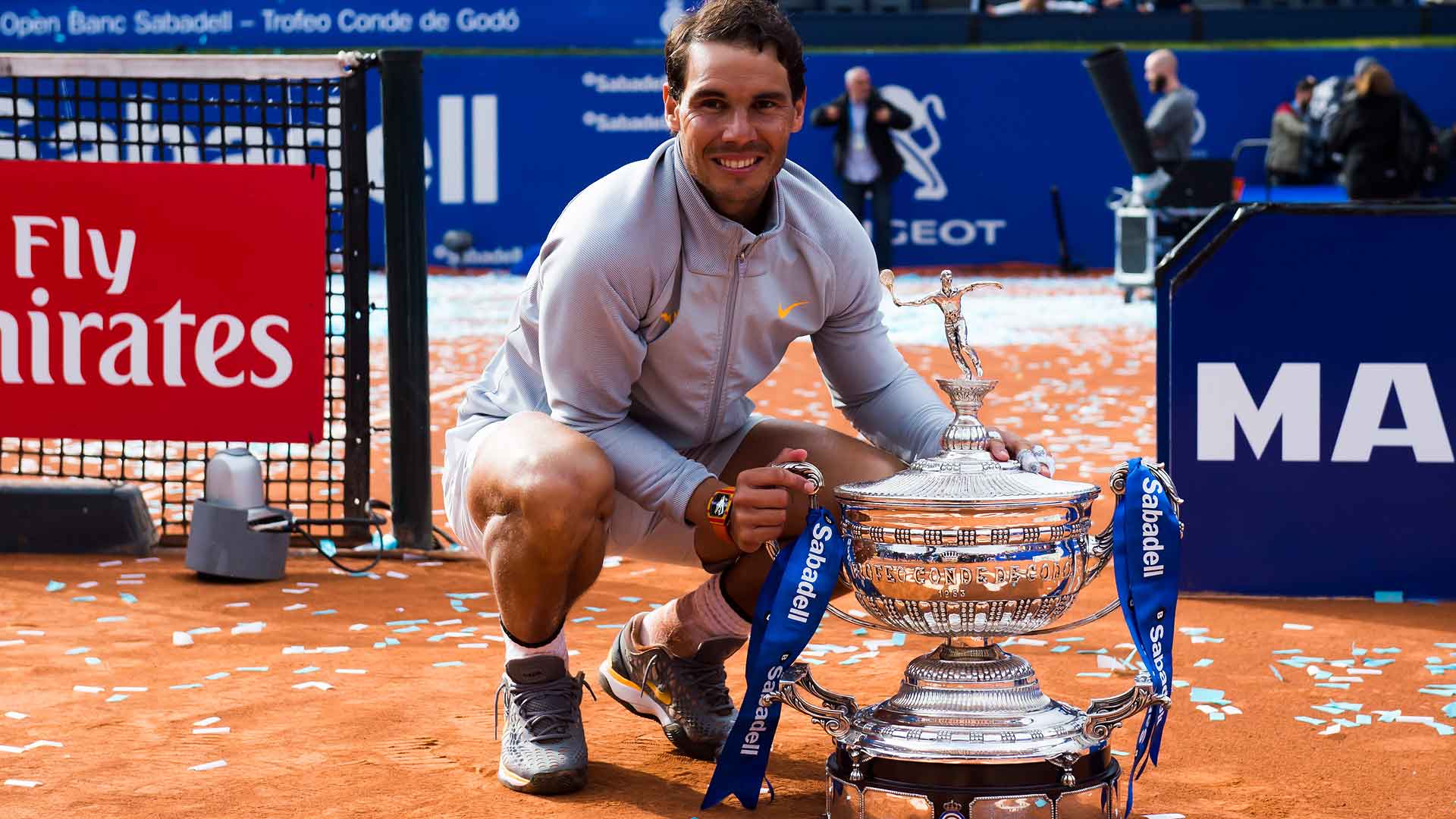 Lopez Makes Most Singles Appearances
Feliciano Lopez has competed at the Barcelona Open Banc Sabadell on 19 occasions (1998, 2001-12, 2014-19), with two back-to-back quarter-finals in 2011 (l. to Dodig) and 2012 (l. to Ferrer) being his best singles performances (21-19 match record). The Spaniard, who continues his playing career in addition to his work as Tournament Director of the Mutua Madrid Open, partnered Rafael Nadal to the 2005 Barcelona doubles final (l. to. Paes/Zimonjic), Marc Lopez to the 2012 final (l. to Fyrstenberg/Matkowski) and he finally lifted the team crown with Lopez in 2018 (d. Qureshi/Rojer). The 2004 Barcelona singles champion Tommy Robredo (17), 1969 and 1971 titlist Orantes and Albert Montanes (16) are in second and tied-third positions on the list of most tournament appearances.