Andrey Rublev is a four-time ATP Tour titlist and he currently sits at a career-high No. 14 in the FedEx ATP Rankings.

ATPTour.com looks at five things you should know about the Russian.

1) He Reached The US Open Quarter-Finals In 2017
Just more than a month after lifting his maiden ATP Tour trophy at the 2017 Plava Laguna Croatia Open Umag, Rublev achieved the best Grand Slam finish of his career so far at the 2017 US Open. The 19-year-old advanced to the quarter-finals in New York, beating two Top 15 players to become the youngest US Open quarter-finalist since Andy Roddick in 2001. 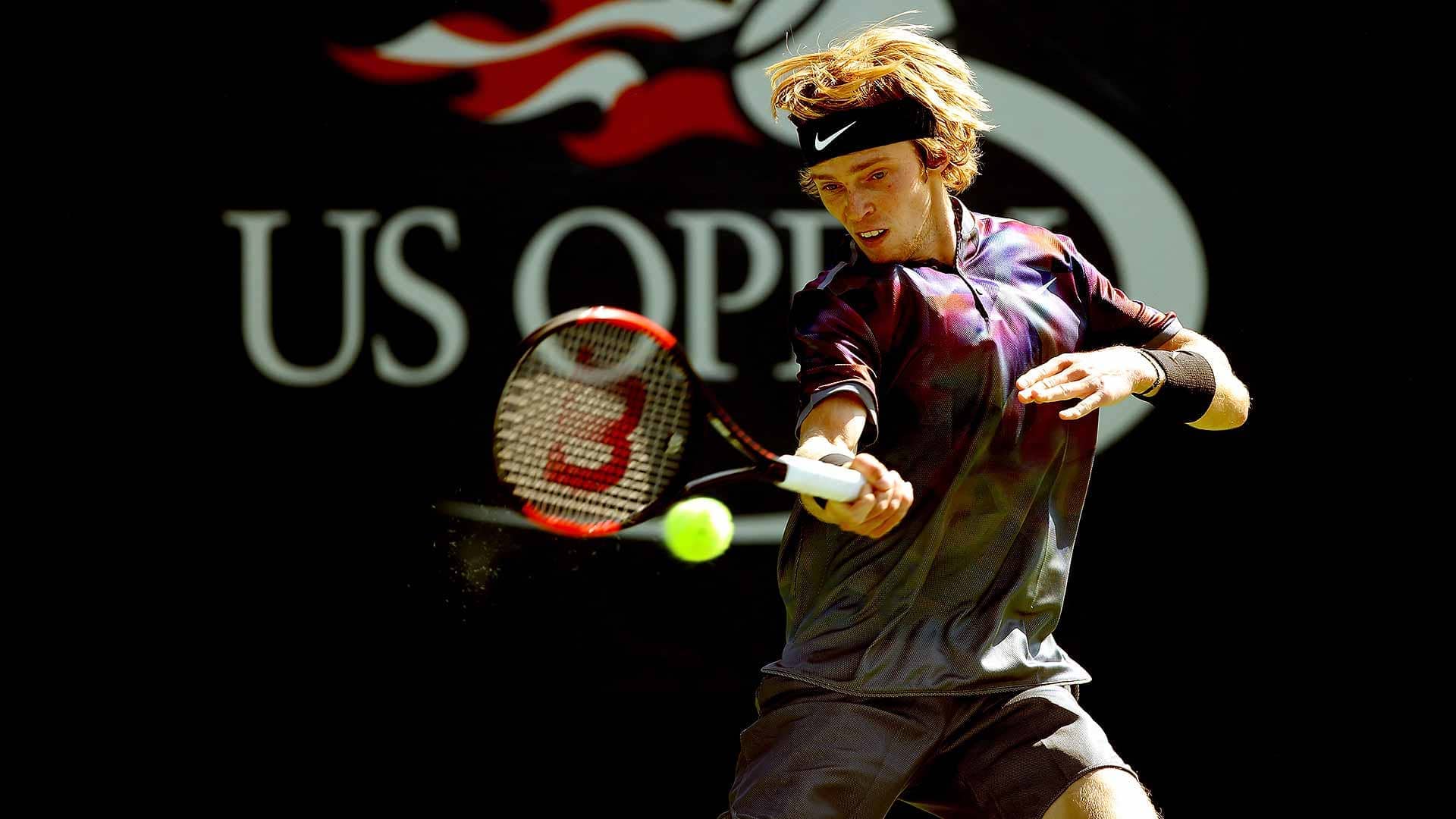 2) He Faced A Setback In 2018
After ending a breakthrough 2017 season with a run to the inaugural Next Gen ATP Finals championship match, Rublev’s hopes of continuing his rise up the FedEx ATP Rankings were derailed by injury in 2018.

Rublev began the 2018 ATP Tour season in impressive form, reaching his second ATP Tour final at the Qatar ExxonMobil Open (l. to Monfils) and back-to-back quarter-finals in Montpellier and Rotterdam. But a lower back stress fracture forced the Russian to miss three months of the year and spend three hours a day at a clinic doing magnetotherapy. He said the rest of his day was spent eating lunch and sitting on the sofa.

“That time was really tough for me,” said Rublev. “I remember I didn’t watch any tennis matches... all the guys were playing and competing. They were on Tour and I was there on the sofa doing nothing."

3) He Wasted No Time Against Federer In Cincinnati Last Year
“It’s my biggest and the most emotional win."

At last year’s Western & Southern Open in Cincinnati, Rublev recorded the quickest victory against Roger Federer in more than 16 years.

Competing at No. 70 in the FedEx ATP Rankings, the two-time Next Gen ATP Finals qualifier earned a 62-minute win against Federer with consistent forehand aggression. It was the fastest win any player had recorded against the 20-time Grand Slam champion since Franco Squillari defeated the Swiss in 54 minutes to advance to the second round at 2003 Sydney. (No times are available for Davis Cup matches and 2000 and 2004 Olympic matches.)

4) Injuries Have Helped Him Appreciate The Sport
After missing three months of 2018 with a lower back stress fracture, Rublev also missed six weeks of the 2019 ATP Tour season with a right wrist injury.

At his comeback event, the NOVENTI OPEN in Halle, Rublev struggled to find his form in a third-set tie-break loss to Mats Moraing in the first qualifying round. But, after all his time away from the court, he had learned to find joy from competing rather than results.

“I appreciated everything I had after the second injury… I remember after that match I was a little bit disappointed, but not as much as before,” said Rublev. “But I said, ‘Finally, I’m playing’. Even though I was playing badly, I enjoyed that moment. Even playing like that, I wanted to play. After that I appreciated what I had. I won one round at Wimbledon and took steps forward, little-by-little. I finished the season well.

5) He Made A Stunning Start To 2020
In the first two weeks of the 2020 ATP Tour season, Rublev entered the history books. The 22-year-old became the first player since Dominik Hrbaty in 2004 to win two trophies in the opening two weeks of a season, claiming titles in Doha and Adelaide.

“I was not thinking about [this statistic], but it's an amazing feeling… I'm really happy. I hope I keep working. I hope I keep improving, and we'll see what's going to happen," said Rublev.

The Russian did not drop a set en route to the trophy in Doha, before surviving three-set battles against Daniel Evans and Felix Auger-Aliassime to reach the Adelaide final. In the championship match, he needed just 56 minutes to charge past Lloyd Harris and earn a 12th straight tour-level victory. The Russian extended his winning run to 15 matches at the Australian Open, before Alexander Zverev beat him in the fourth round.