Learn about the Argentine’s greatest achievements, gaming skills and more

Diego Schwartzman is a three-time ATP Tour titlist and the No. 13 player in the FedEx ATP Rankings.

ATPTour.com looks at five things you should know about the 27-year-old.

1) He Claimed His Biggest Title In Rio de Janeiro
Schwartzman captured the biggest title of his career at the 2018 Rio Open presented by Claro. The Argentine did not drop a set en route to the trophy in Brazil, beating Gael Monfils, Nicolas Jarry and Fernando Verdasco in consecutive matches.

"I never thought before the week that I [was] going to be here with the trophy," said Schwartzman. "It's an amazing week for me. Everything was perfect; every match, every set was perfect for me, playing my best tennis.”

2) He Is Named After A Sporting Legend
Schwartzman is named after football legend Diego Maradona. Considered one of the greatest players of all-time, Maradona captained Argentina to the 1986 World Cup trophy and won the Golden Ball award as the best player of the tournament.

"I have a good relationship with Maradona," said Schwartzman. "He says what he feels and he keeps it 'real' so to speak. What you see is what you get with Maradona. He's an asset to all Argentinian athletes.

"He's got a sense of humour, too. Before, he’d say 'hey Dieguito [little Diego], say hello to big Diego.' When I reached the quarter-finals at the US Open [in 2017], he told me I no longer go by Dieguito. From that point on, I'm also big Diego."

3) He Enjoyed His Best Season In 2019
Schwartzman put together the best season of his career in 2019. The 5’7” right-hander, nicknamed ‘Peque’, reached three tour-level championship matches. Schwartzman defeated Taylor Fritz to claim his third ATP Tour crown in Los Cabos and finished runner-up in Vienna and Buenos Aires. 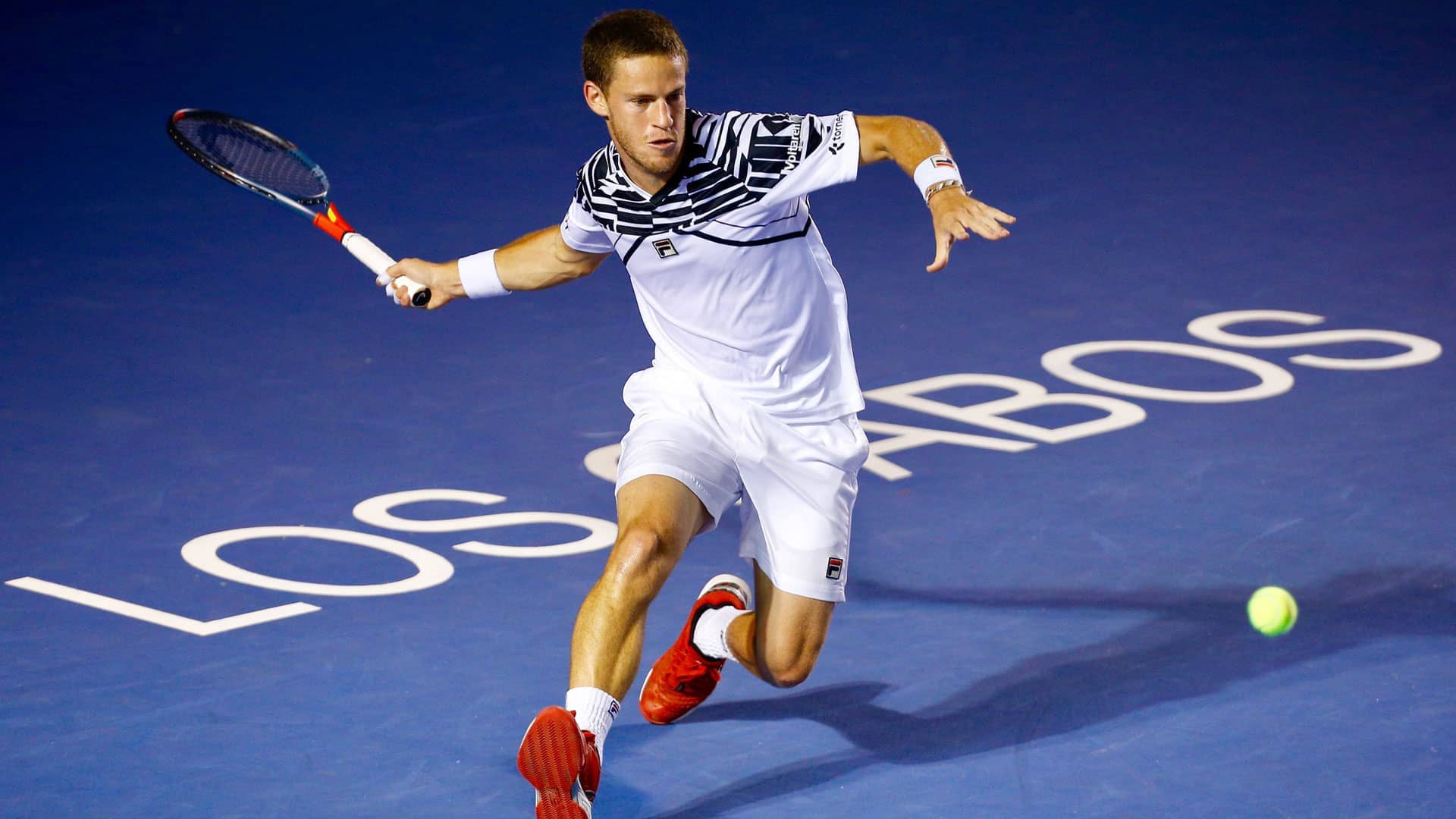 4) Through Gaming, He Has Supported COVID-19 Relief Efforts
During the COVID-19 pandemic, Schwartzman has been busy using his gaming skills to support relief efforts.

Alongside Juventus striker Paulo Dybala, the World No. 13 organised the ChamPlay Solidaria charity event in April. The two-day FIFA 20 tournament raised more than $275,000 for the Argentine Red Cross and was broadcast on DirecTV and TYC Sports. The competition included Dominic Thiem, former Top 10 star Juan Monaco and a number of fellow sports stars and celebrities.

The Los Cabos champion also participated in the inaugural Mutua Madrid Open Virtual Pro, where he topped his group with a 3-0 record and defeated Fabio Fognini to reach the semi-finals. Tournament winner Andy Murray split his prize money equally between the United Kingdom's National Health Service (NHS) and the Player Relief Programme. Additionally, the tournament donated €50,000 to Madrid's Food Bank.

5) He Is A Strong Charades Partner
During episode five of Tennis United, Schwartzman impressed co-hosts Vasek Pospisil and Bethanie Mattek-Sands with his skills during a game of charades with teammate Dennis Novak. With two minutes on the clock, the Argentine acted out a series of tennis phrases for Novak to guess. The pair achieved eight correct answers, beating their rivals Pospisil and Thiem by two points to take the win.