Hubert Hurkacz is the top-ranked Polish player in the FedEx ATP Rankings.

Hubert Hurkacz is a Top 30 player with one ATP Tour title and five Top 10 victories.

1) He Ended A National Title Drought In Winston-Salem
At the 2019 Winston-Salem Open, Hurkacz became the first Polish man to win an ATP Tour singles title since Wojtek Fibak in 1982. After coming from a set down to defeat Duckhee Lee in his opening match, the third seed overcame 16th seed Feliciano Lopez, 10th seed Frances Tiafoe, second seed Denis Shapovalov and top seed Benoit Paire to claim the ATP 250 trophy.

"That is a lot of time [without a Polish champion]. I am so glad that I have been able to win an ATP Tour event,” said Hurkacz. “I hope many more guys will join me soon and that I will win some more. It means a lot to me and I am glad that I won this tournament here." 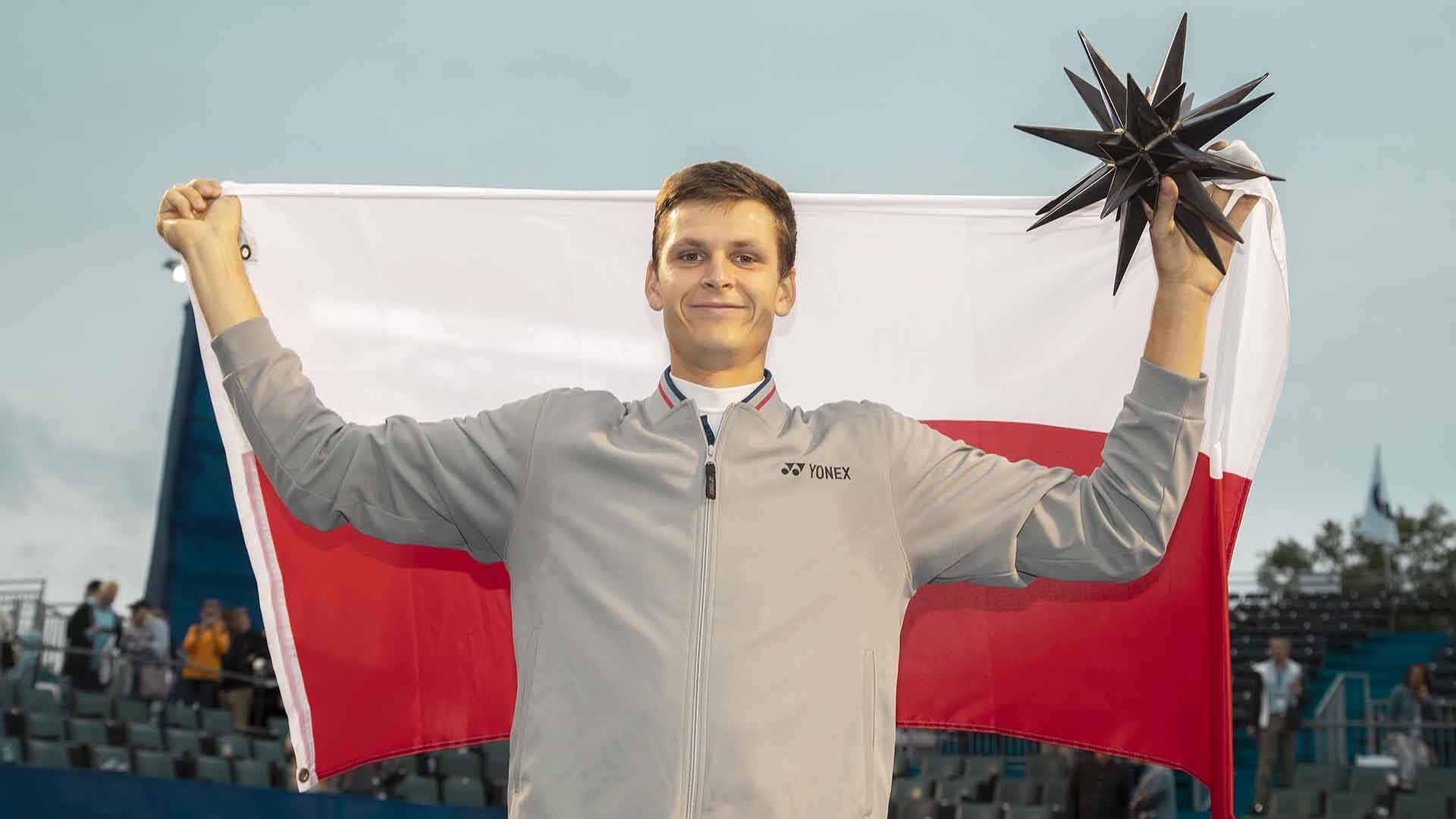 2) He Began 2020 In Top Form
Hurkacz made an impressive start to the 2020 ATP Tour season, winning his opening six matches of the year.

Despite holding the lowest FedEx ATP Ranking of the No. 1 singles players in his group, the 23-year-old finished the inaugural ATP Cup with a 3-0 record in singles. Hurkacz recovered from a set down to beat Top 15 stars Dominic Thiem and Diego Schwartzman, and he dropped just four games against Borna Coric.

The Pole continued his run of form at the ASB Classic in Auckland, beating Lorenzo Sonego, Mikael Ymer and Feliciano Lopez to reach the last four in New Zealand.

3) He Enjoys A Social Media Challenge
During lockdown, many ATP Tour stars have used some of their free time to participate in social media challenges. Hurkacz is no exception.

After being nominated for the #thefloorislava challenge, Hurkacz got creative. The Polish No. 1 posted his attempt on Instagram, showcasing his tennis skills while travelling around his apartment without touching the floor.

In their first event together, Hurkacz defeated three consecutive Top 30 players to advance to his first Masters 1000 quarter-final.

"To work on new things together for the first time at tournaments is really difficult, but he was amazing at [processing] the information we went over," said Boynton. "He put it to work very quickly and one thing led to another. The snowball got a little bigger and a little bigger and it was just something that kind of happened."

In his second event alongside Boynton, Hurkacz beat Matteo Berrettini and Dominic Thiem in straight sets to reach the Miami Open presented by Itau third round.

5) Everyone Is Welcome In His Kitchen
During the COVID-19 pandemic, Hurkacz gave his fans an inside-look at one of his typical breakfast meals. The Pole, who made the decision to become a vegan over two years ago, used strawberries, cashews and a number of other ingredients to create the dish.