Kei Nishikori has climbed as high as No. 4 in the FedEx ATP Rankings.

From Project 45 to record runs, learn more about the Japanese star's journey on the ATP Tour

Kei Nishikori has reached 26 tour-level championship matches and made four appearances at the Nitto ATP Finals, advancing to the semi-finals on two occasions.

ATPTour.com looks at five things you should know about the 30-year-old.

1) He Left Japan Aged 14
At 14, Nishikori moved to Bradenton, Florida as a member of the Masaaki Morita Tennis Fund group to improve his game at the IMG Academy. The Japanese did not speak English when he arrived in the United States, but he was quickly enrolled at a school where English was taught as a second language.

"When I moved to Bradenton in 2004, even though I couldn't speak a word of English, I didn't feel homesick. I was too busy developing my game,” said Nishikori.

In his first years at the academy, Nishikori worked hard to improve. Nishikori embraced the culture of his new home, throwing hundreds of American footballs and baseballs in order to develop his serve and improve his throwing motion.

2) Success Came At A Young Age
Seven months after making his tour-level debut in Los Angeles, Nishikori captured his first ATP Tour title at the 2008 Delray Beach Open by VITACOST.com. The 18-year-old won eight matches from qualifying to take the title, saving four match points in his semi-final against Sam Querrey before shocking World No. 12 James Blake 3-6, 6-1, 6-4 in the championship match.

“I played pretty well and he just beat me,” said Blake. “I remember coming back and my brother and my coach were there and my brother said, "That kid is going to be really, really good."

You May Also Like: Breakthrough: Nishikori Remembers First Title At 2008 Delray Beach

3) His 2014 Breakthrough Made History
In 2014, Nishikori became the first Asian man to reach a Grand Slam singles final at the US Open. After reaching the Round of 16 without dropping a set, the 5’10” right-hander claimed back-to-back five-set victories against Top 10 stars Milos Raonic and Stan Wawrinka to book a semi-final clash against World No. 1 Novak Djokovic. 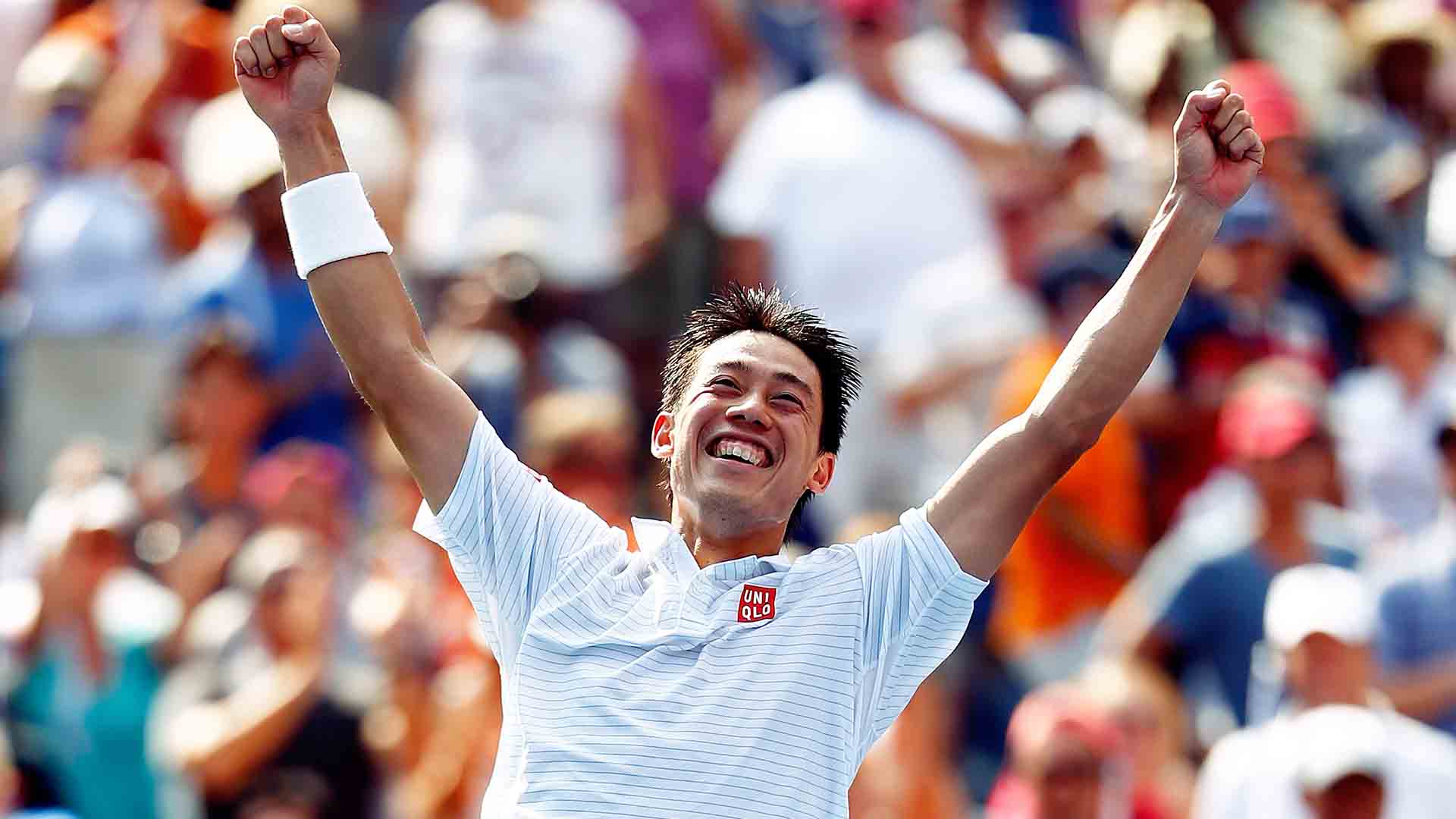 4) ‘Project 45’ Was Just The Start
As a youngster, Nishikori was tipped as the man to surpass Shuzo Matsuoka’s Japanese record FedEx ATP Ranking of No. 46. Not only did the Shimane-born star complete ‘Project 45’, he set a new standard for Japanese tennis. Shortly after his US Open final run, Nishikori cracked the world's Top 5 on 3 November 2014. He did so after reaching the Rolex Paris Masters semi-finals.

Following back-to-back final appearances in Memphis (d. Anderson) and Acapulco (l. to Ferrer), Nishikori jumped to a career-high No. 4 on 2 March 2015. The Japanese, who owns 12 tour-level trophies, most recently appeared in the Top 5 on 18 August 2019.

5) He Is The King Of Deciding Sets
As he proved against Raonic and Wawrinka en route to the 2014 US Open final, Nishikori responds well to the pressure of contesting a deciding set. In fact, according to the ATP Performance Zone, he responds better than anybody.

Nishikori owns the best deciding-set record in the Open Era. The 30-year-old possesses a winning percentage of 74.2 in deciding sets (132-46), which puts him ahead of second-placed Novak Djokovic (73.5 per cent) and third-placed John McEnroe (73.4 per cent).