Learn more about the 26-year-old's unique achievements, love of Dubai and more

Lucas Pouille is a five-time ATP Tour titlist and a former Top 10 player in the FedEx ATP Rankings.

ATPTour.com looks at five things you should know about the Frenchman.

1) He Does Not Fear Match Points
From April 2017 to February 2018, Pouille lifted three titles on the ATP Tour after saving match point.

In his opening match at the 2017 Hungarian Open in Budapest, the Frenchman saved two match points before lifting the trophy. He repeated the feat two months later, saving one match point in the second round during his title run at the Mercedes Cup in Stuttgart.

In front of home support at the 2018 Open Sud de France in Montpellier, Pouille completed a hattrick of unlikely titles. The 6’1” right-hander saved two match points during a semi-final clash against Jo-Wilfried Tsonga and beat three-time champion Richard Gasquet in straight sets to claim his fifth ATP Tour title. 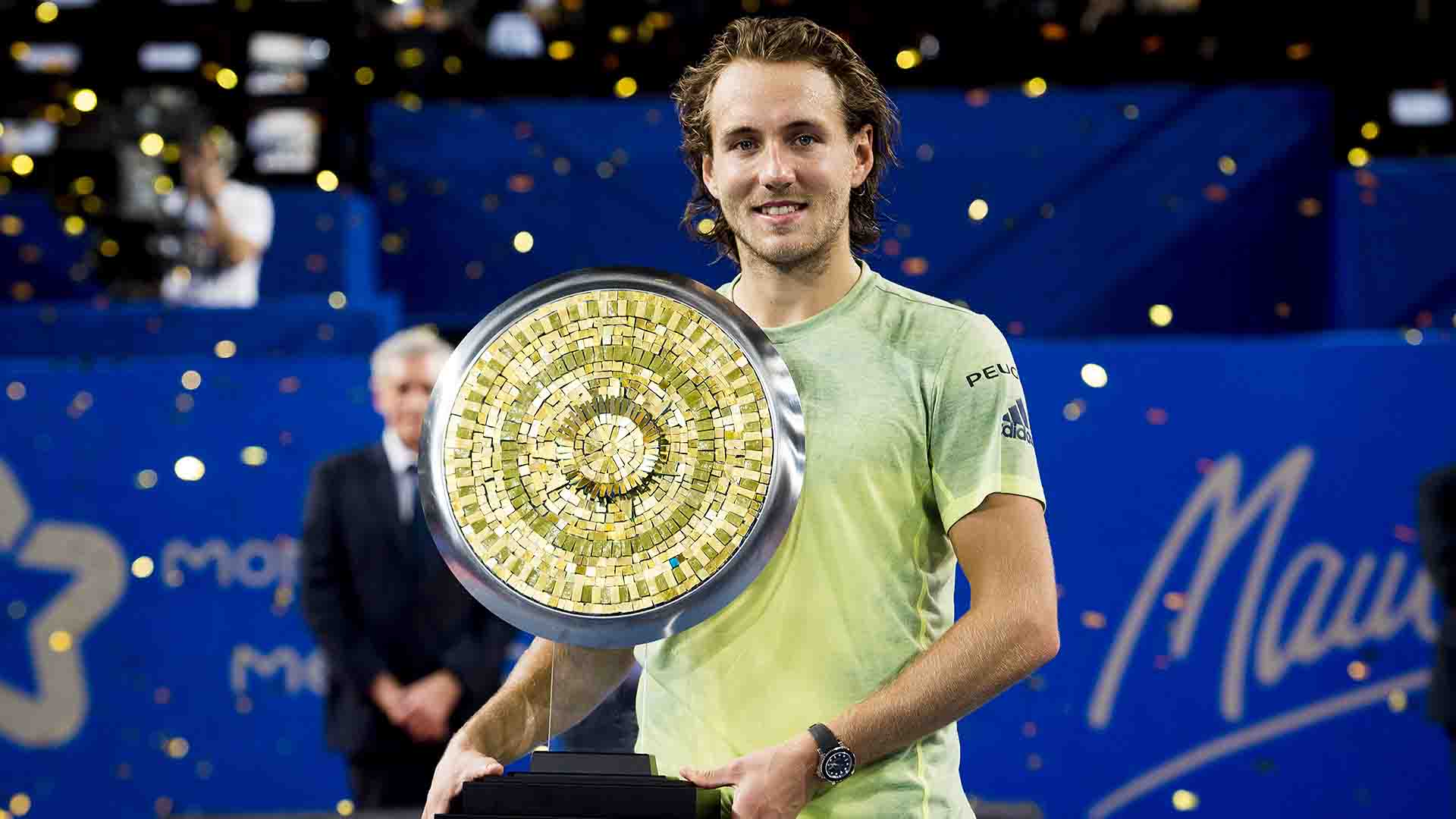 2) He Stood Alone In 2017
Alongside trophies in Budapest and Stuttgart, Pouille captured the biggest title of his career at the 2017 Erste Bank Open in Vienna. The title run placed Pouille ahead of his peers in 2017 as the only man to win a tour-level trophy on each of the ATP Tour’s three surfaces: hard (Vienna), clay (Budapest) and grass (Stuttgart).

It is the only season when Pouille has won multiple ATP Tour trophies. The former World No. 10 also lifted tour-level crowns at home in Metz (2016) and Montpellier (2018).

3) The Dubai Lifestyle Suits Him Well
When he isn’t travelling on the ATP Tour, Pouille lives in Dubai with his wife, Clemence. The 26-year-old enjoys life in the United Arab Emirates, where he practises during the off-season. The 2018 Dubai runner-up occasionally trains with Roger Federer in the city. Ahead of the 2017 ATP Tour season, Federer hosted a live practice session with Pouille in Dubai via Periscope.

“I do like my life here [in Dubai]. Where we live is very nice. Where we practise is great, the facilities,” said Pouille. “The normal life is very enjoyable. There are a lot of things to do.”

4) He Is Coached By A Former WTA Star
After dropping from No. 10 to No. 32 in the FedEx ATP Rankings in 2018, Pouille hired former WTA World No. 1 and two-time Grand Slam champion Amelie Mauresmo as his coach at the start of the 2019 season.

“I thought Amelie was the perfect person to be part of my project and to make me improve in my tennis,” said Pouille. “I think I made the right choice.”

Mauresmo, who had previously worked with Andy Murray from 2014-2016, had an immediate impact. Pouille entered the 2019 Australian Open with a 0-5 tournament record, but battled through the draw with back-to-back four-set victories against Borna Coric and Milos Raonic to reach his first Grand Slam semi-final.

“She is really motivated, focussed and ambitious,” said Pouille. “That is all I wanted. She is a hard worker. She used to be a hard worker when she was a player, that is all she is as a coach as well.”

5) Going The Distance Is Not An Issue
Pouille proved his physical and mental strength at the 2016 US Open. The Frenchman played 19 sets in his first four matches to reach his second straight Grand Slam quarter-final.

After beating Mikhail Kukushkin in four sets, Pouille outlasted Marco Chiudinelli and Roberto Bautista Agut in five sets to book a meeting with Rafael Nadal under the lights on Arthur Ashe Stadium. Despite his fatigue and the bruising game style of his opponent, Pouille overcame Nadal for the first time in a dramatic final-set tie-break after four hours and seven minutes.