Matteo Berrettini cruised through the draw at the 2018 Swiss Open Gstaad without dropping a set.

Berrettini's Gstaad Breakthrough: 'I Played The Best Week Of My Life'

Matteo Berrettini started the 2018 Swiss Open Gstaad without a tour-level quarter-final to his name. He finished it with a clean sweep to secure his first ATP Tour singles and doubles crowns.

"I played the best week of my life, easily. I hope this will be the first step in a great career for me," Berrettini said. 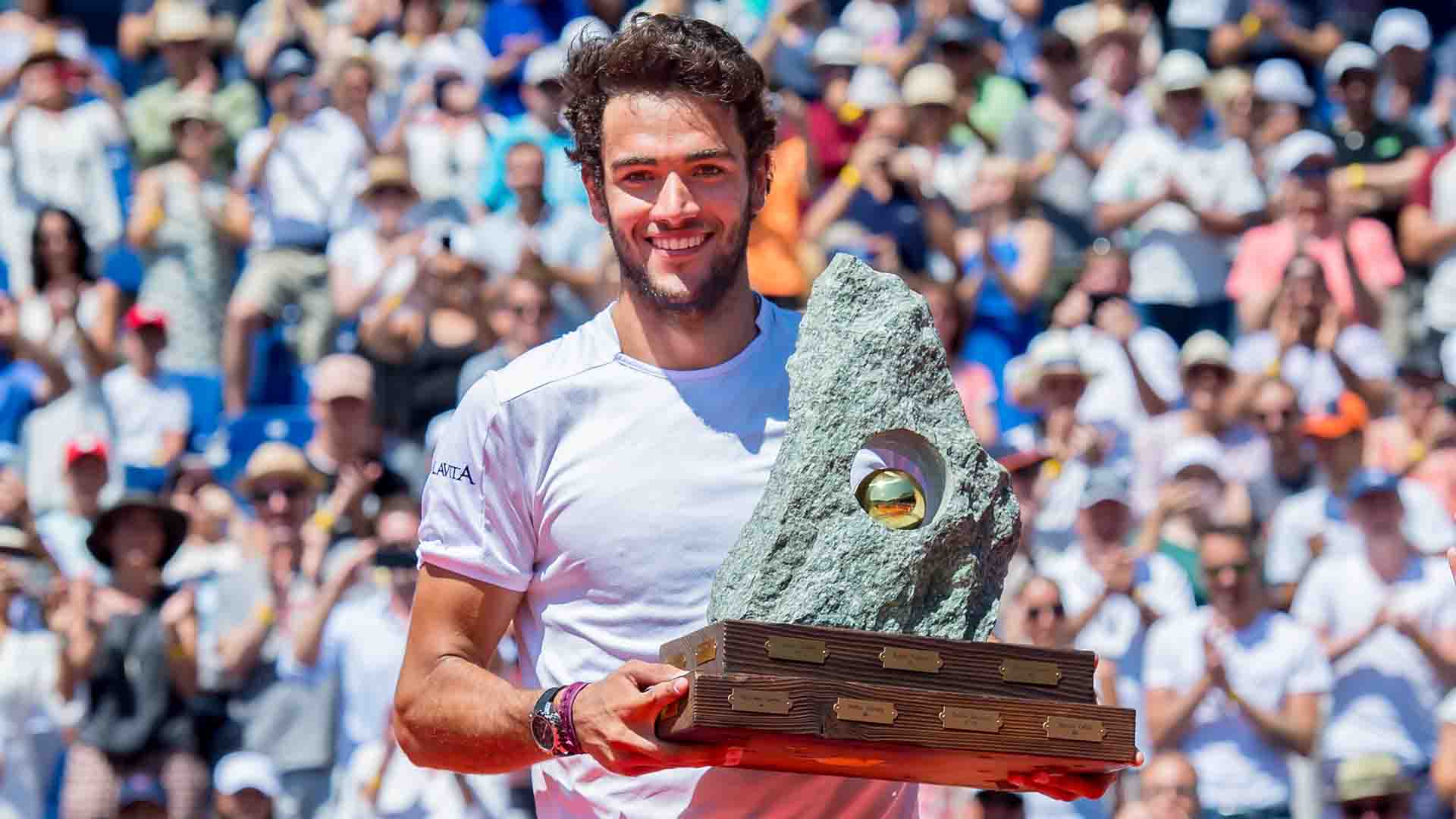 The 22-year-old Italian, then-No. 84 in the FedEx ATP Rankings, was ranked well outside the Top 100 at the start of the season. His powerful baseline game was creating plenty of buzz in the locker room and he was starting to harness it, leading to breakthroughs including a third-round finish at Roland Garros and his first Top 15 win against Jack Sock at Wimbledon.

Berrettini faced a challenging draw in Gstaad, but breezed through it without dropping a set. After moving past tricky Moldovan Radu Albot 6-4, 6-2, he blitzed fourth-seeded Russian Andrey Rublev 6-3, 6-3 for his first ATP Tour quarter-final. Embolden by the milestone moment, Berrettini battled past eighth-seeded Spaniard Feliciano Lopez 6-4, 6-3 before scoring a 6-4 7-6(6) victory against Estonian qualifier Jurgen Zopp.

You May Also Like: Five Things To Know About Matteo Berrettini

His run to the final also secured a slice of national history. At 22 years and three months, Berrettini became the youngest Italian to reach an ATP Tour final in 15 years (Filippo Volandri, 2003 Umag).

Awaiting him in the final was Spaniard Roberto Bautista Agut, who had already captured two titles that season in Auckland (d. Del Potro) and Dubai (d. Pouille). Berrettini saved two set points in the opening set before cracking two forehand winners at 9/9 in the tie-break to grab a commanding lead. He secured the lone break of the match in the final game by crunching a forehand return to prevail 7-6(9), 6-4.

Berrettini then completed his perfect week by taking the doubles title with fellow Italian Daniele Bracciali. The unseeded pair defeated Denys Molchanov and Igor Zelenay 7-6(2), 7-6(5), making Berrettini the first player to capture both titles at the same tour-level title since Alexander Zverev (2017 Montpellier).

"Of course I dreamed about this, but it is so far [away]. When you start, you have to think about the small things to reach," Berrettini said. "Last year, I won first ATP Challenger Tour title. Now, I am here with a tour-level trophy."