Juan Martin del Potro advanced to the final without dropping a set at 2018 Los Cabos.

Good things come to those who wait. Eight years after reaching No. 4 in the FedEx ATP Rankings, Juan Martin del Potro finally reached a new career-high of World No. 3 on 13 August 2018. The Argentine showed fitting form in that year's Abierto de Tenis Mifel presentado por Cinemex in Los Cabos, his last event before reaching that milestone.

The Argentine arrived in Los Cabos as the top seed and looked to complete the “Mexican Double” after prevailing that February in Acapulco (d. Anderson). But regardless of his performance, Del Potro reaching the Top 3 that week hinged on the Citi Open results of Alexander Zverev. Zverev, the defending champion in Washington, D.C., needed to reach the final in order to remain at No. 3.

After receiving a first-round bye, Del Potro moved past American qualifier Marcos Giron before facing another player outside the Top 300 in Egor Gerasimov. The 29-year-old Del Potro shook off the rust from his opener and won all 19 of his first-serve points to dismantle the Belarusian 6-1, 6-1 in 59 minutes.

Third seed Damir Dzumhur of Bosnia and Herzegovina provided a much sterner test in the semi-finals. Their clash looked primed to go the distance after Dzumhur reached set point at 6/5 in the second-set tie-break, but Del Potro fought back to level the score and closed out the match with a forehand winner to advance 6-3, 7-6(6).

"It was a good fight from him. We played good tennis, especially in the second set," Del Potro said. "I made some mistakes in the end of the set, but then I played a smart game in the tie-break. I took my chances to win and I'm glad to reach another final this season.” 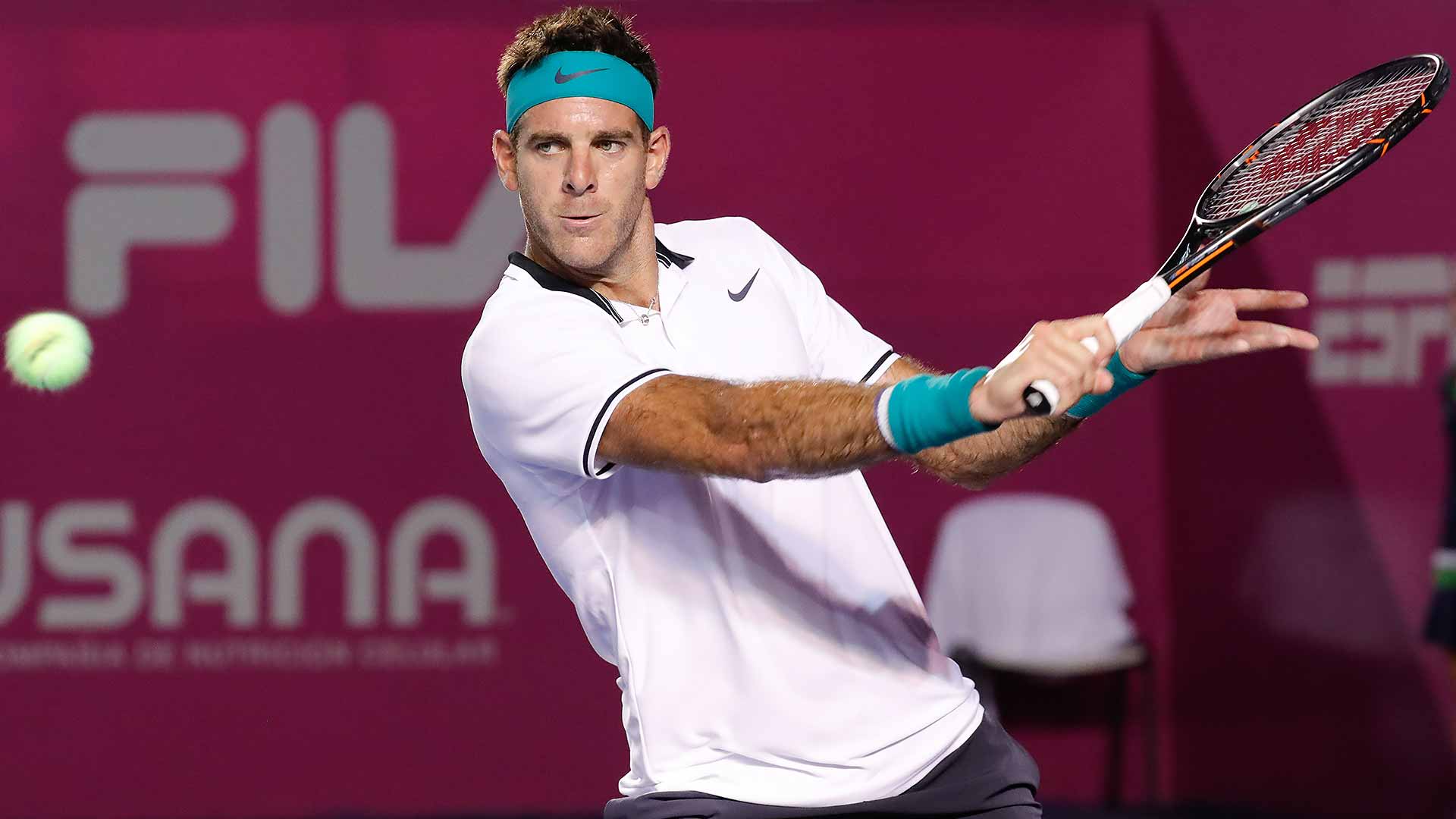 Standing between Del Potro and his third tour-level title of the year was second-seeded Italian Fabio Fognini. The Argentine was the on-paper favourite, having won their only previous ATP Head2Head meeting three years earlier in Sydney.

It appeared that Del Potro would cruise past Fognini after charging to a 3-0 lead in the first set, but the Italian settled in and began gambling on Del Potro’s second serve, winning 71 per cent of those points (15/21). Del Potro’s game slowly unraveled, including on his usually reliable forehand wing, enabling Fognini to win 12 of the last 15 games in his 6-4, 6-2 victory.

You May Also Like: Los Cabos: Find Out What Makes This ATP 250 'Pretty Special'

“It was a good week for me. Unfortunately, I couldn't play my best tennis in the final,” Del Potro said. “But Fabio deserved to win. He played a very smart game. He took all the chances to win and I think he's a good winner of the tournament.”

Eight days later, Del Potro moved to World No. 3 after Zverev, defending champion at the Rogers Cup, was unable to defend the majority of his points in Toronto and fell in the quarter-finals. The moment completed a remarkable climb back up the FedEx ATP Rankings for the Argentine, who sat at No. 141 just two years earlier.