Goran Ivanisevic needed a wild card just to get into the main draw of 2001 Wimbledon. Fifteen days after the start of play, the three-time finalist (1992, 1994, 1996) completed the most improbable run to the title in tournament history.

Ivanisevic, No. 125 in the FedEx ATP Rankings, had his final with Patrick Rafter pushed to Monday because of rain. It became known as the “People’s Monday” as it was played in front of 10,000 fans who queued up for unreserved tickets the night before on a first-come, first-served basis. They brought a boisterous level of energy and enthusiasm that included waving handmade signs, singing during changeovers and chanting both player’s names.

In typically demonstrative form, Ivanisevic sat on court, looked up to the sky, screamed and fought back tears — and this was before he won the match. On his fourth championship point, the 29-year-old collapsed to the ground and sobbed after clinching his first Grand Slam title with a 6-3, 3-6, 6-3, 2-6, 9-7 win.

“This is so great, to touch the trophy. I don’t even care if I ever win a match in my life again. If I don't want to play, I don't play again. This is it. This is the end of the world,” Ivanisevic said. “This is what I was waiting for all my life. I was always second. The people respect me, but second place is not good enough.

“Finally, I am a champion of Wimbledon. I won. This is everything for me. My dreams came true. Whatever I do in my life, wherever I go, I’m always going to be a Wimbledon champion.” 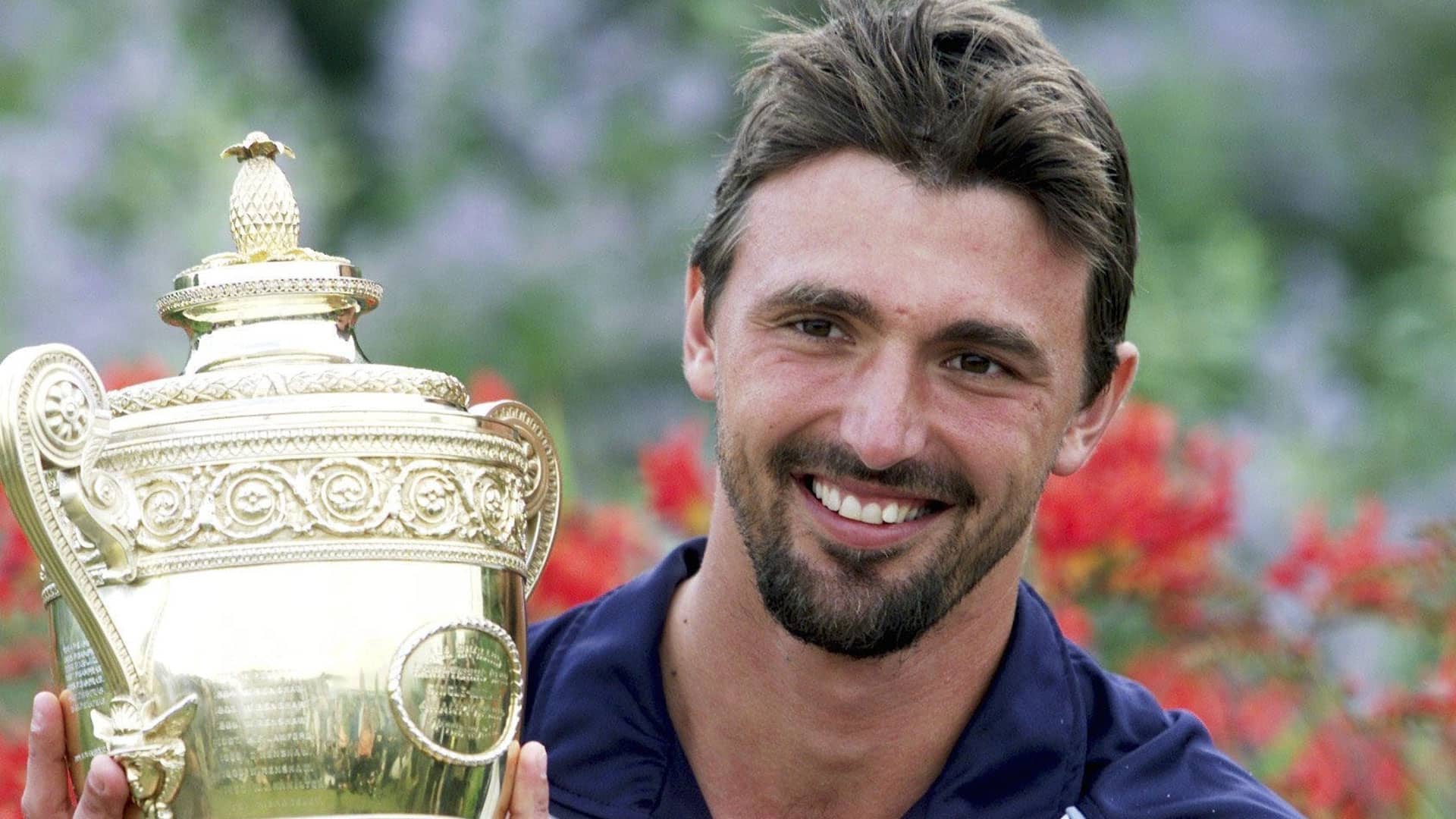 It appeared that Ivanisevic wouldn’t get another chance to triumph at the All England Club. A right shoulder injury had prompted a ranking spiral and low moments for the former World No. 2 in the FedEx ATP Rankings, including losing in the first round of qualifying that year at the Australian Open.

But while his Wimbledon run initially started as an outer court spectacle, it quickly gained Centre Court momentum. He beat Marat Safin in the quarter-finals and Tim Henman in the semi-finals after coming within two points of defeat against the Brit.

Meanwhile, Rafter sought his own moment of vindication. The Aussie admitted that his loss in the previous year’s final to Pete Sampras had been eating away at him for 12 months. Rafter also came within two points of losing his semi-final against Andre Agassi before clawing back to prevail 8-6 in the fifth set.

After Rafter and Ivanisevic delivered four sets of high-quality tennis, the tension was palpable for both the players and crowd as the match moved deep into the decider. Ivanisevic went down 6-7, 15/30, but found big serves when he needed them to hold. The tension was too much for Rafter in the next game and he spun in a soft second serve on break point that the Croatian smacked for a winner.

You May Also Like: How Edberg Went From Worst Bed To Wimbledon Champ

Ivanisevic reached match point at 8-7, but missed a second serve by three feet. His second championship point also sparked a wild double fault and collective groan from the crowd. A third attempt came and went after Rafter produced a perfect lob winner, prompting a wry smile from the Croatian. But on his fourth try, Ivanisevic found a big serve and Rafter hit a return into the middle of the net.

“I don’t know if Wimbledon has seen anything like that. I don’t know if they will again… It was just electric,” Rafter said. “He had a lot of support. The Aussies that were there were great. It's what we play for. This is what it's all about. It was so much fun.”

Rafter only played a handful of tournaments after his heartbreaking loss before retiring at the end of 2001. Meanwhile, Ivanisevic’s shoulder struggles ensured that Wimbledon would remain his final tour-level title. He fittingly retired at the event in 2004, but made it clear that his 2001 triumph erased any chance of regret.

“It’s an unsolved mystery how I won,” Ivanisevic said to CNN. “It was written somewhere that it was my time. Why do it easy if you can do it the hard way?”