Berrettini & Sinner Bounce Back For Italy At ATP Cup

ATP Staff
This article contains:
Italy is now 1-1 at this year's ATP Cup

Italy suffered a disappointing defeat on Sunday against Australia at the ATP Cup, but Matteo Berrettini and Jannik Sinner turned things around on Tuesday with a 3-0 sweep.

Berrettini clinched his country's victory against France with a 6-4, 7-6(6) win against Ugo Humbert. It was a solid performance against the in-form Frenchman, who upset World No. 2 Daniil Medvedev on Sunday.

"[It was] a really tough match, especially in these conditions. He's a great server, a tricky player, lefty. I had to play my best tennis in the important moments to win the match," Berrettini said. "I'm really happy [with] my performance. I need to play matches as much as possible, so I'm happy."

Two-time Nitto ATP Finals competitor Berrettini lost his opening match of the season against Alex de Minaur in straight sets, but he dominated with his serve at Qudos Bank Arena. The 25-year-old hit 18 aces and won 85 per cent of his first-serve points to move Italy to 1-1. After hitting his 18th ace out wide to clinch the victory, he motioned the drop of a hammer with his right arm, which is exactly what he did in the match.

"I didn't check the stats, [but] I was feeling good. I think the rhythm was really good and I think I [hit] a lot of aces. For sure you don't get tired when you serve like this, so I was more ready when I had to return," Berrettini said. "It's a big weapon that I have and when it is working like this, it helps me a lot." 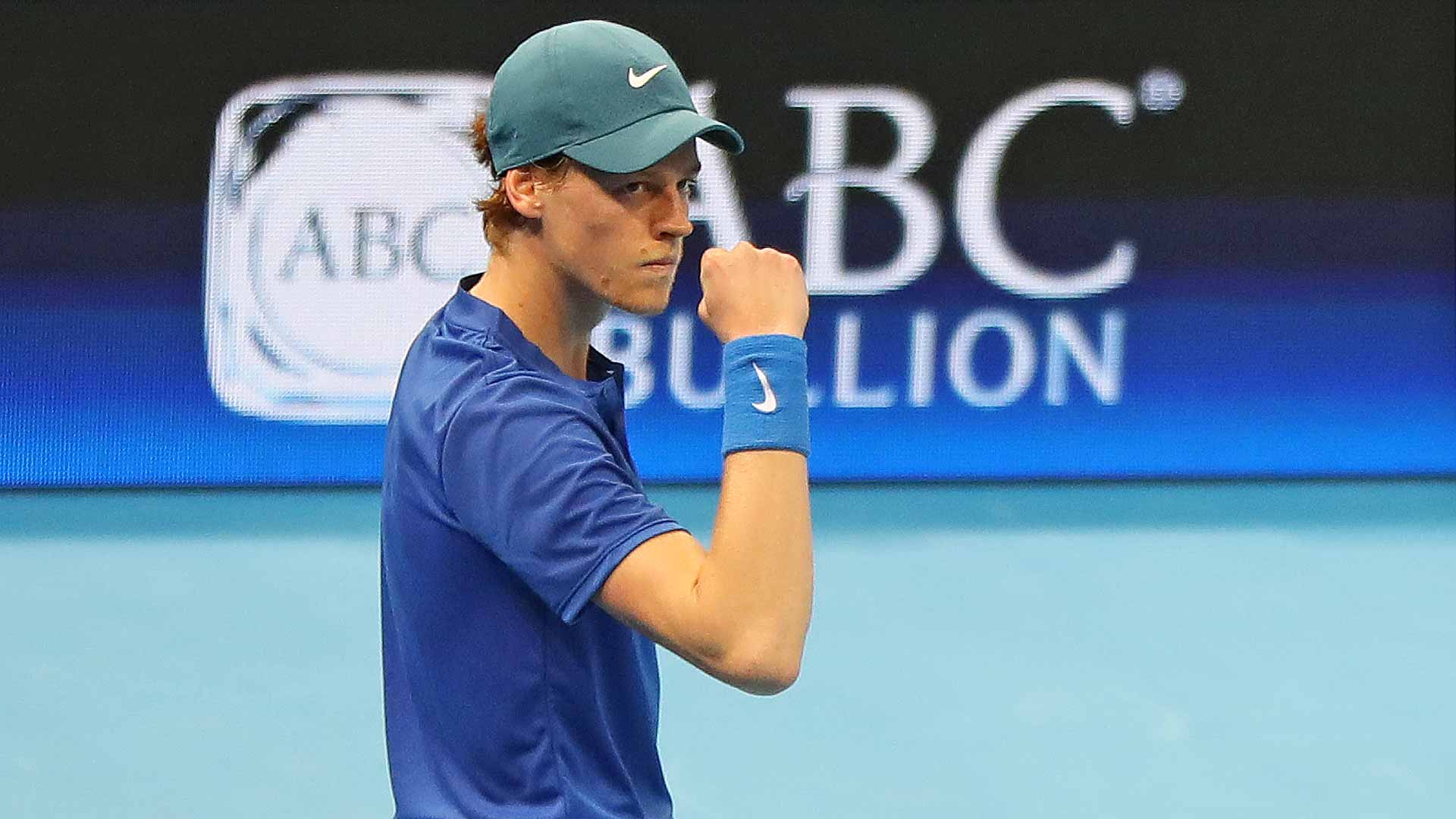 Photo Credit: Andrew Eichenholz/ATP Tour
Sinner got Italy off to a good start when he defeated Arthur Rinderknech 6-3, 7-6(3) to give his country a 1-0 lead. The World No. 10 rallied from a break down in the second set to triumph after one hour and 37 minutes.

"It's never easy playing against him, it was the third time already. The first set I was under control. In the second set I dropped a little bit of intensity. He is serving very well, so I was in trouble," Sinner said. "But fortunately I found a way."

Sinner now leads the pair's ATP Head2Head 2-1. Rinderknech defeated his younger opponent last year on clay in Lyon, and appeared primed to push for another upset in Sydney when he broke in the second set.

The Frenchman was playing aggressively and using his big serve to prevent Sinner from dominating from the baseline. But one slip allowed the Italian back on serve, which proved critical.

"Tennis is all about trying to find solutions and today I found it, fortunately," Sinner said. "Obviously we want to win, so we'll try to stay focussed [as a team]."

Berrettini and Sinner returned to the court in their first doubles match together and defeated veterans Fabrice Martin and Edouard Roger-Vasselin 6-3, 6-7(7), 10-8.

"It was an honour playing with him," Sinner said of his partnership with Berrettini. "We are both great singles players, but in doubles I think we both still have to improve. We enjoyed today, since today was the first one. Hopefully the first of many."

France is now 0-2 at this year's ATP Cup, having also lost against Russia. Russia and Australia, both 1-0, will meet at Qudos Bank Arena Tuesday evening.