Adios To The Legend Of 'Gee-Gee-El'

“Gee-Gee-El! Gee-Gee-El!” used to be a common sound at the Australian Open. Whenever Guillermo Garcia Lopez set foot in the season’s first Grand Slam in January, a group of about 15 local fans followed him wherever he went in Melbourne Park. They would chant his initials every time he played. However, those fans received some bad news for 2022; he will not be back to play in Australia. The reason? The 38-year-old Spaniard is hanging up his racket.

“After my first win at the Australian Open (v. World No. 5 Carlos Moya) in 2005, a group of Australian guys started coming to watch me train,” Garcia Lopez told ATPTour.com. “Whenever I played there were 15 people with a photo of me printed on their T-shirts. The people are very lively there and they made a lot of noise in the matches. It’s funny, because they came out of nowhere and followed me at every match.”

‘GGL, you have to come again this year.’

This is how they discovered that their hero is saying adios to professional tennis. He does so with five ATP Tour titles under his belt: Kitzbühel 2009, Bangkok 2010, Casablanca 2014, Zagreb 2015 and Bucharest 2015, and with a total of 297 wins from 654 matches on Tour, allowing him to peak at No. 23 in the ATP Rankings.

Apart from the trophies, five memories from his career are eternally etched into his mind. The first of them came in 2005, 17 years ago. He was still yet to break into the Top 100 and Chennai was the first event on the schedule. Only Moya was able to stop him, beating him 4-6, 6-2, 6-7(2) in the semi-finals. A few weeks later, having come through qualifying, he would face the same opponent in the second round of the Australian Open.

“That’s where things clicked in my career. I’d had the experience of being close to beating him a few weeks before and, although it’s not the same as playing in a Grand Slam, I knew it could happen,” reveals García Lopez. “I had a good match, maybe things didn’t go so well for him, and that day I realised that I could be a professional and have a brilliant career if I continued on that path.” Garcia Lopez won 7-5, 6-3, 3-6, 6-3.

“I achieved my goal of reaching the Top 100, it was the first time I’d beaten a Top 10 player and, also, it was Moya, who was a legend in our country. I thought I had achieved something very good and if I kept that up I could do great things,” the Spaniard admits of his first big win. 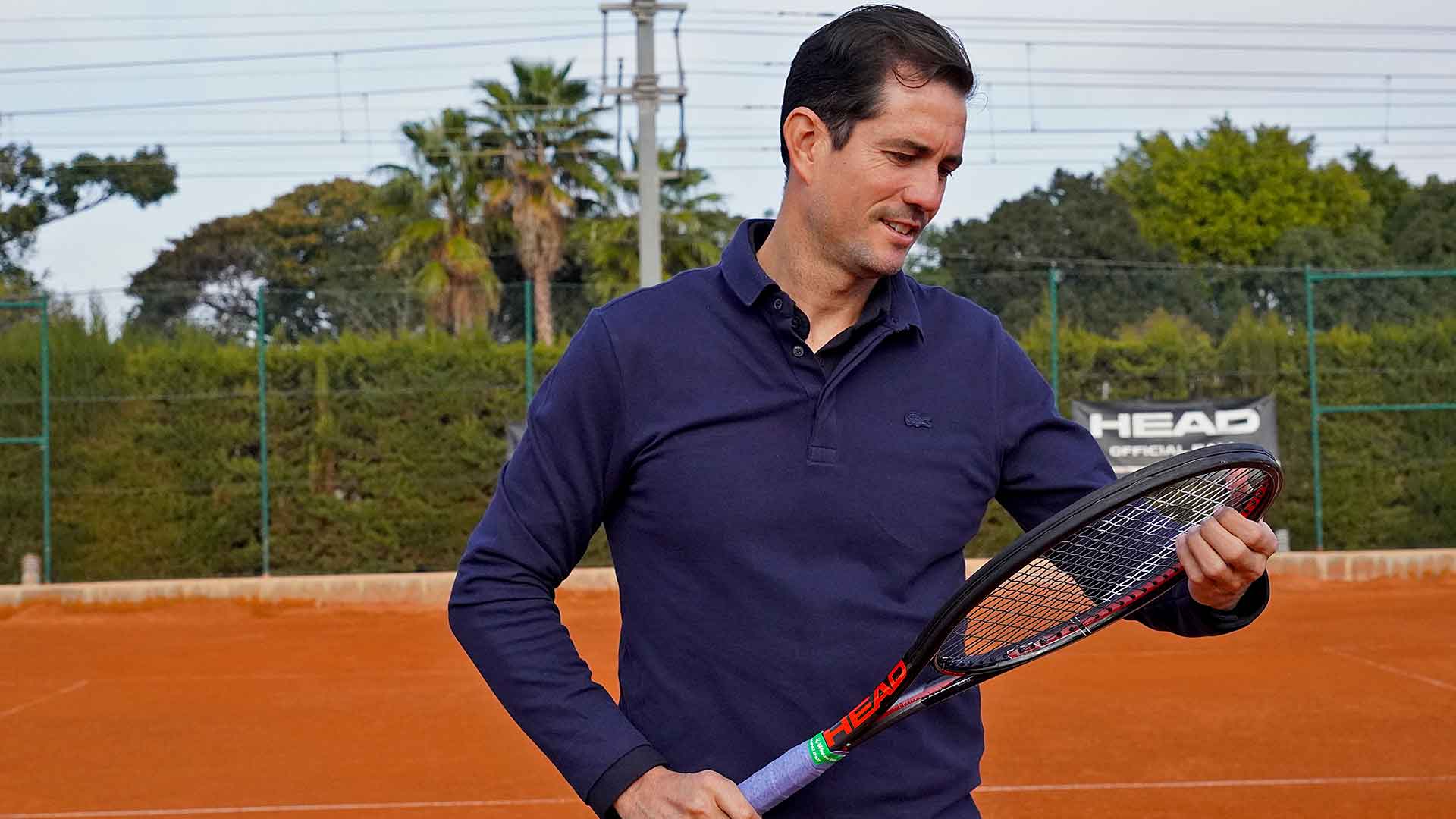 Once Garcia Lopez had established himself as one of the Top 100 player in the ATP Rankings, he was consistent enough in the following years to move into the Top 50, where he would enjoy another unforgettable day. On February 3, 2006, he defeated Andre Agassi in Delray Beach, 6-4, 6-2, “I beat him on hard court and in the USA. I played great in that match.”

Then in 2009 Garcia Lopez experienced another career-defining day. In Kitzbühel, he won his first title, beating Julien Benneteau 3-6, 7-6(1), 6-3 in the final, another of his unforgettable moments. “It was incredible,” he says of a week in which he also saw off Bjorn Phau, Martín Vasallo Arguello, Victor Hanescu and Mikhail Youzhny.

But if there was one victory that catapulted him into the elite, it came in the semi-finals in Bangkok against the then World No. 1 Rafael Nadal in October 2010, 2-6, 7-6(3), 6-3. “I’d achieved one of my biggest goals, because I beat a world number one, who was also Nadal, and who had just won his first US Open,” Garcia Lopez said. “It was amazing. He was playing really well at that time.”

He made the most of the occasion by claiming his second title, beating Jarkko Nieminen 6-4, 3-6, 6-4 in the final. “It gave me huge confidence because I thought that I could aim high and that my game was much better than just the Top 50, which was where I was at the time. And in the next tournaments I had great results.” Garcia Lopez added. He strung together quarter-finals in Tokyo and at the ATP Masters 1000 event in Shanghai to end the season as the World No. 33.

“Beating Nadal means that people are more aware of you, but really the news was that he was beaten by Guillermo Garcia,” he says of his victory. However, only a few months later, on 21 February 2011, he would reach his peak in the ATP Rankings at No. 23.

You May Also Like: Garcia-Lopez Reveals 'The Last Time'

All of them forged impressive careers in the shadow of the incomparable success of Nadal. “In Spain we’ve been lucky to have one of the best players in history. It has been very good for Spanish tennis, it’s a source of pride for the country, for the people and something for everyone to follow, but on the other hand it’s true that it has meant that others’ careers are not valued as much as they should be,” Garcia Lopez said.

Finally, among his greatest memories is a match that was not a win, but feels as if it were. It came in the second round of Wimbledon in 2005, the first time he ever faced Novak Djokovic. This is how he remembers it: “I was winning two-sets-to-love, at 5-4 and match point at 40/30. I hit a good serve, then I had a three-quarter court forehand and I played a winner across the other side. He didn’t chase it, the line judge called it in and Djokovic took off his sweatband and came to the net to shake hands. I celebrated as if I had won the match.”

This is the story of the kid from La Roda who used to knock up against the wall in an empty room in his house and one day achieved his dream of becoming a professional tennis player. So goes the legend of “Gee-Gee-El”.