The Italian port city of Genova has been long known for its vibrant culture and picturesque location. Nestled along the Mediterranean Sea, it is one of the busiest ports in all of Europe and boasts a rich history of art and music.

While tourists flock year-round to Genova and the greater Italian Riviera region, it's the city's premier sporting event that takes centre stage during the first week of September. For 17 years, the AON Open Challenger has welcomed the ATP Challenger Tour's best to the Valletta Cambiaso Park.

Sergio Palmieri, tournament director at the ATP Masters 1000 event in Rome, also runs the show in Genova. He has seen his tournament blossom over the years, becoming an elite event on the Challenger circuit. Thousands of fans pack Center Court each day, including a sold-out crowd for Wednesday's night session featuring former World No. 16 Philipp Kohlschreiber and Italian teen Lorenzo Musetti.

It is a sight to behold year after year. Akin to the Foro Italico in Rome, the venue features large trees surrounding the main stadium and ampitheater-style seating. Fans feel like they are a part of the action as they tower over the court.

This week, a star-studded field descended on Genova, including seven players inside the Top 100 of the ATP Rankings. Defending champion and top seed Lorenzo Sonego is joined by Kohlschreiber, Albert Ramos-Vinolas, Marco Cecchinato and Italian teens Musetti and Giulio Zeppieri.

Another Italian #NextGenATP also made an appearance this week, albeit without his racquets. Jannik Sinner, the 18-year-old whole stole the headlines at the US Open after storming through qualifying, paid a visit to his country's standout Challenger. Projected to rise to a career-high No. 128 on Monday, he is already the youngest inside the Top 200.

"I'm very happy at the moment and I hope to continue in this way," said Sinner. "Let's wait until the end of the season to look back on the work done so far." 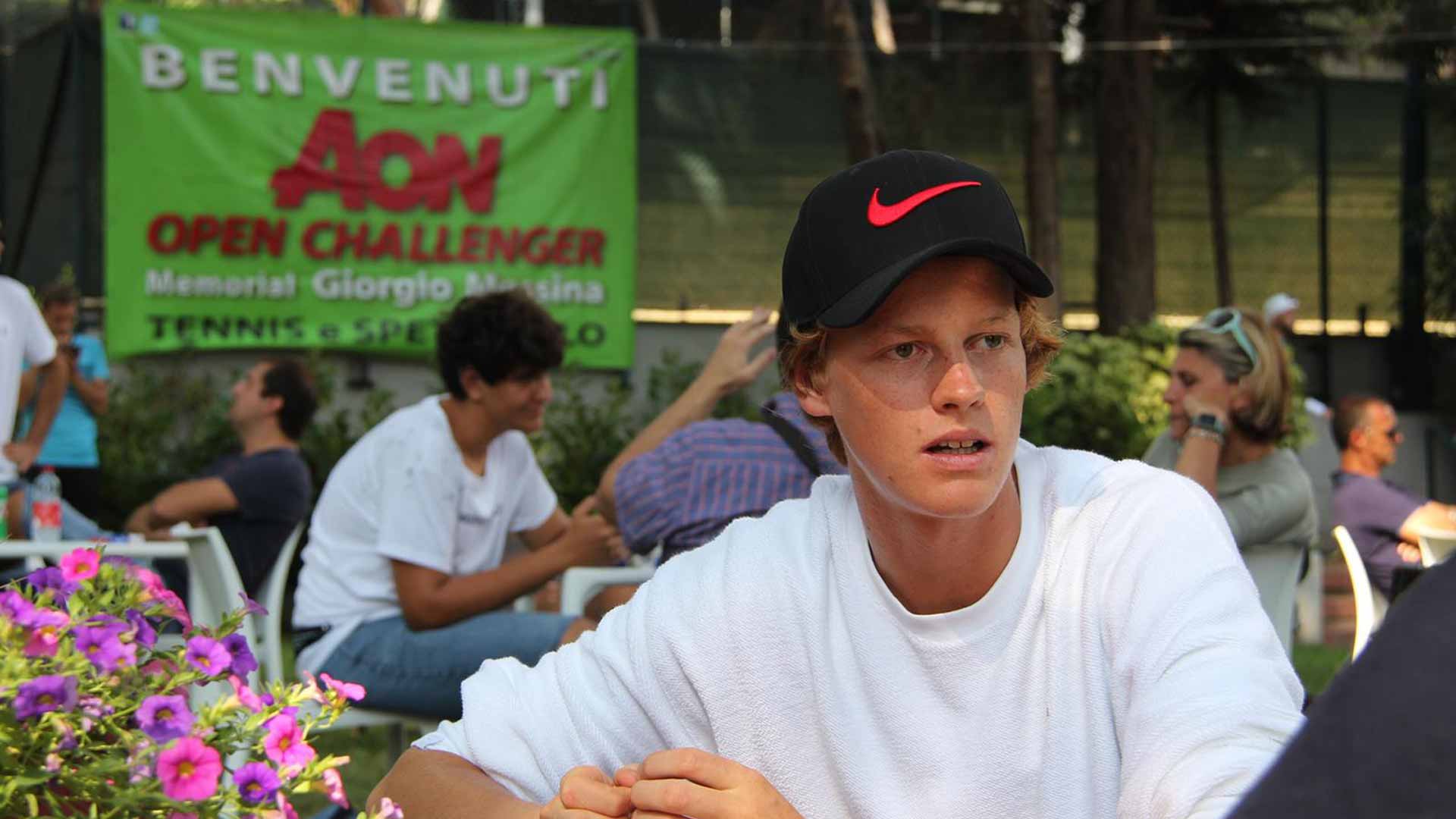 You May Also Like: Jannik Sinner: From Focussing On Skiing To #NextGenATP Sensation

Genova has an impressive list of champions, with Fabio Fognini lifting the trophy in both 2008 and 2010, Dustin Brown in 2013, Nicolas Almagro in 2015 and most recently Stefanos Tsitsipas in 2017. It was the Greek's lone Challenger crown.

The tournament is a champion itself, having taken home Challenger of the Year honours in 2014. The event takes pride in not only its great fan experience, but also its various community initiatives. Two years ago, they went green with many projects focusing on healthy living and a clean environment. And the tournament has provided a source of comfort in the face of tragedy. In 2016, they donated all proceeds to the victims of a nearby 6.2 magnitude earthquake, and last year they provided a source of inspiration after the partial collapse of the iconic Ponte Morandi bridge.

On Sunday, the 17th champion will be crowned at the AON Open Challenger when Sonego battles Alejandro Davidovich Fokina. The reigning champion and home hope is one of three Italian stars in the Top 50 of the ATP Rankings, sitting at No. 49. Meanwhile, his #NextGenATP opponent is bidding for a first Challenger crown. The 20-year-old Davidovich Fokina is guaranteed to crack the Top 100 with the title.