Krawietz/Mies Down Zverev Brothers In Cologne

Kevin Krawietz and Andreas Mies booked their place in the bett1HULKS Championship quarter-finals on Thursday with a 6-4, 7-5 victory against Alexander Zverev and Mischa Zverev.

In an all-German clash on Court 1, the third seeds broke serve on four occasions to reach the semi-finals in Cologne. Krawietz and Mies were making their first appearance since capturing their second straight Roland Garros crown earlier this month in Paris.

Krawietz and Mies will attempt to extend their seven-match winning streak when they face Lukasz Kubot and Marcelo Melo or Marcus Daniell and Philipp Oswald in the semi-finals. Kubot and Melo moved past Jonathan Erlich and Hugo Nys 6-4, 6-2 to claim their first win of the tournament.

Australian Open finalists Max Purcell and Luke Saville saved one match point to upset second seeds Oliver Marach and Mate Pavic. The Aussies recovered from 8/9 down in a Match Tie-break to claim a 2-6, 6-3, 11-9 victory. Purcell and Saville will next face Raven Klaasen and Ben McLachlan, who defeated St. Petersburg Open champions Jurgen Melzer and Edouard Roger-Vasselin 7-5, 6-4.

Gille/Vliegen Reach Antwerp Semi-finals
Sander Gille and Joran Vliegen advanced to their second straight European Open semi-final on Thursday. The home favourites saved four of five break points to beat Daniel Evans and Cameron Norrie 7-5, 6-3 in 69 minutes. Chasing their first ATP Tour title of 2020, Gille and Vliegen will compete in their third semi-final of the year (0-2) when they face Rohan Bopanna and Matwe Middelkoop or Alex de Minaur and Matt Reid in their next match.

De Minaur and Reid saved one match point to reach the quarter-finals in Antwerp. The Aussies trailed by a set and a break and needed to save a match point at 8/9 in the Match Tie-break, before claiming three straight points and a place in the last eight.

Pablo Andujar and Sander Arends saved two of three break points to beat Michael Geerts and Yannick Mertens 6-4, 6-1 and reach the European Open semi-finals. The Spanish-Dutch tandem needed just 58 minutes to advance to the semi-finals on its team debut. Andujar and Arends will meet second seeds John Peers and Michael Venus for a place in the championship match. 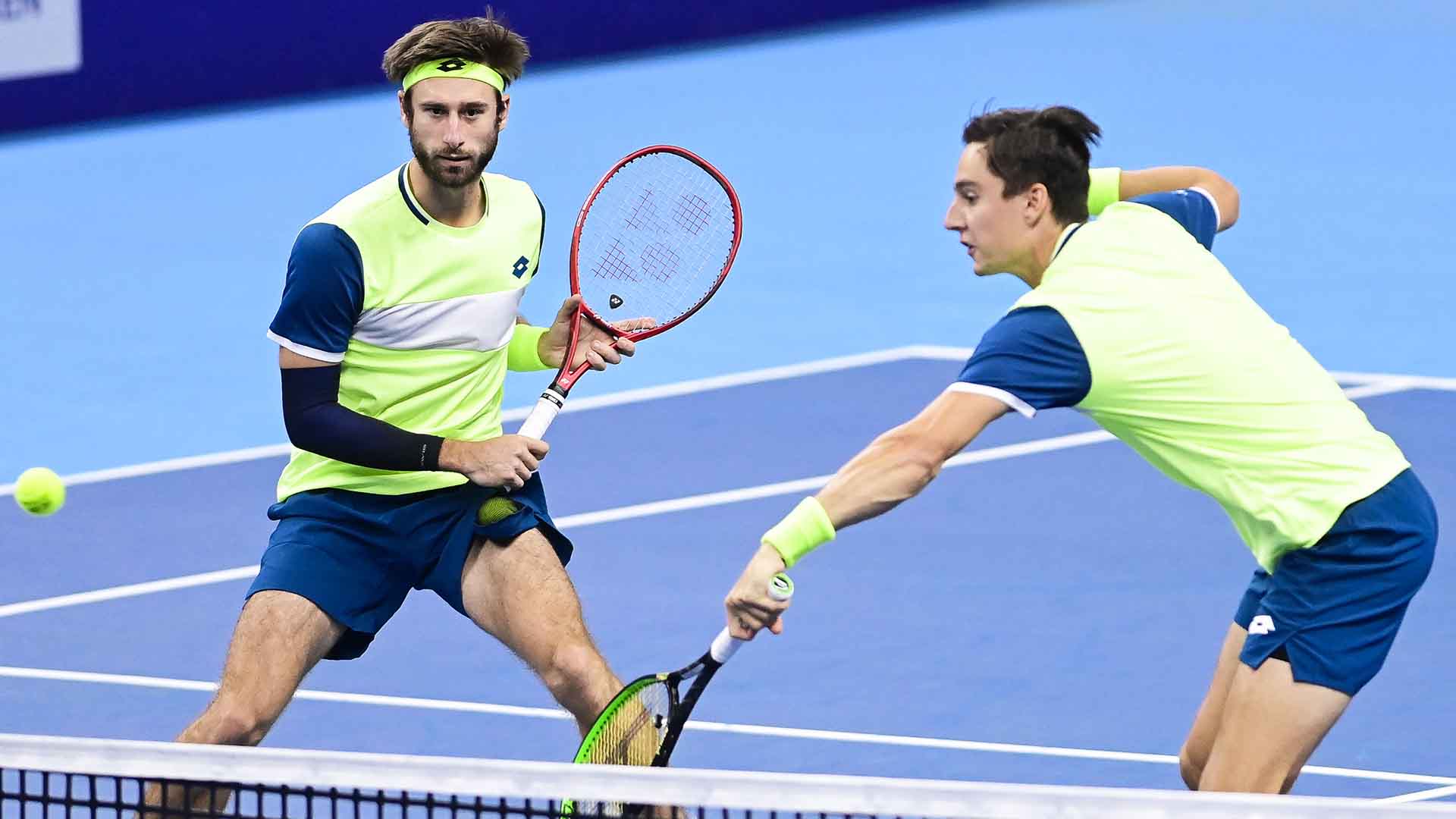