Santiago Giraldo hits the beach to warm up when in Los Cabos.

A Day In The Life In Los Cabos With Giraldo

At 8:00 am on Wednesday, Santiago Giraldo was already up and running along the Sheraton Hotel Beach in Los Cabos. He stopped to take pictures of local sea animals and climb some rock formations. After 20 minutes, it was on to the next activity! 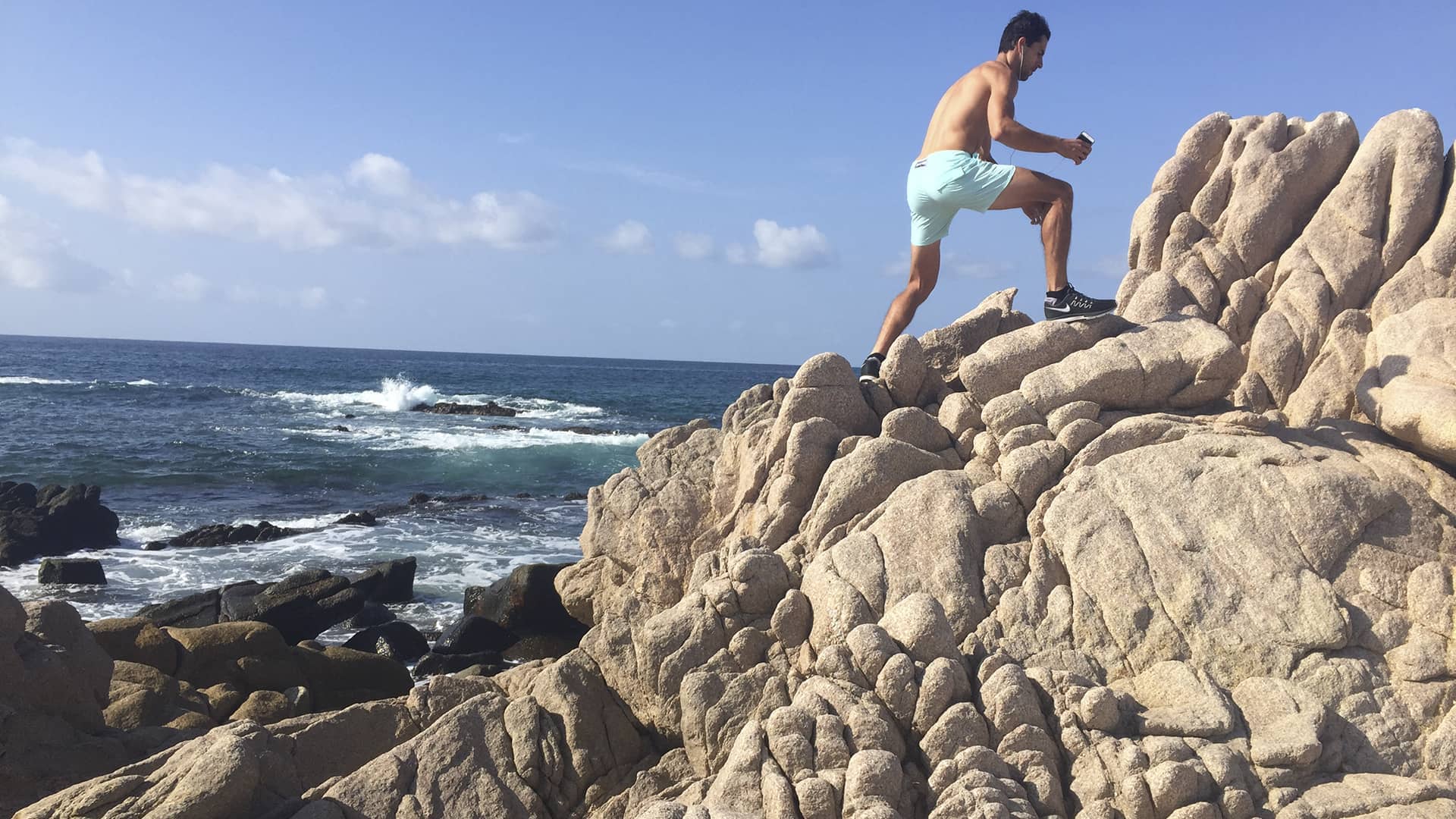 After a quick shower, the Colombian ate breakfast on the hotel terrace overlooking the stunning Pacific Ocean. He ordered papaya, watermelon, kiwi, tortillas, eggs and Tabasco plus tea and water. After, it was time to grab transportation to the tournament site, just ten quick minutes from the hotel. 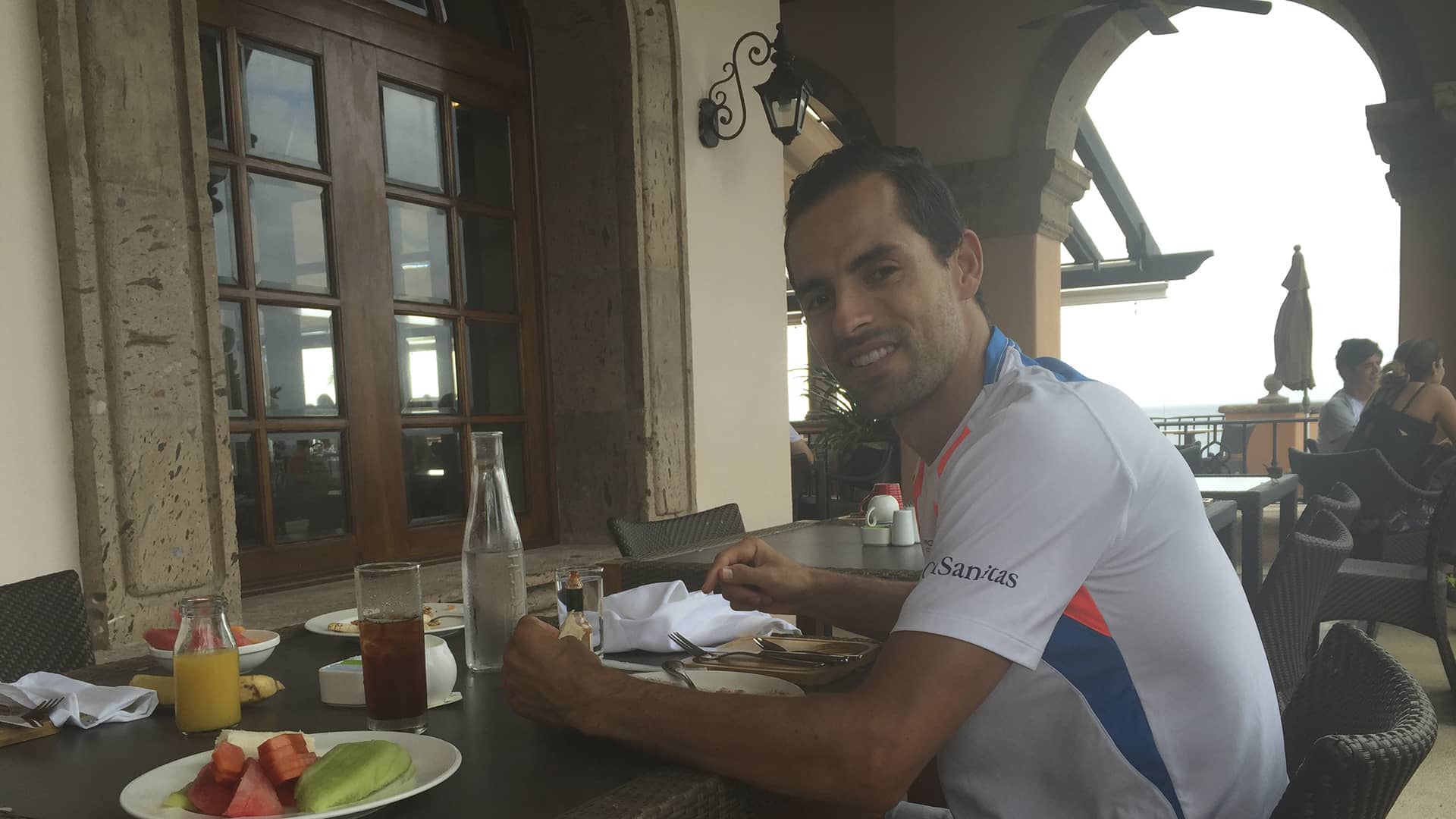 Jeremy Chardy was Giraldo's first training partner of the day. The temperature was high at 11:00 am at the Delmar International School, where the tournament venue is located. Between rallies, Giraldo spoke with the Frenchman about the first time they played, and determined it was in 2003 when they were juniors. “You’re too old," said Chardy’s girlfriend, who was also attending the training session. 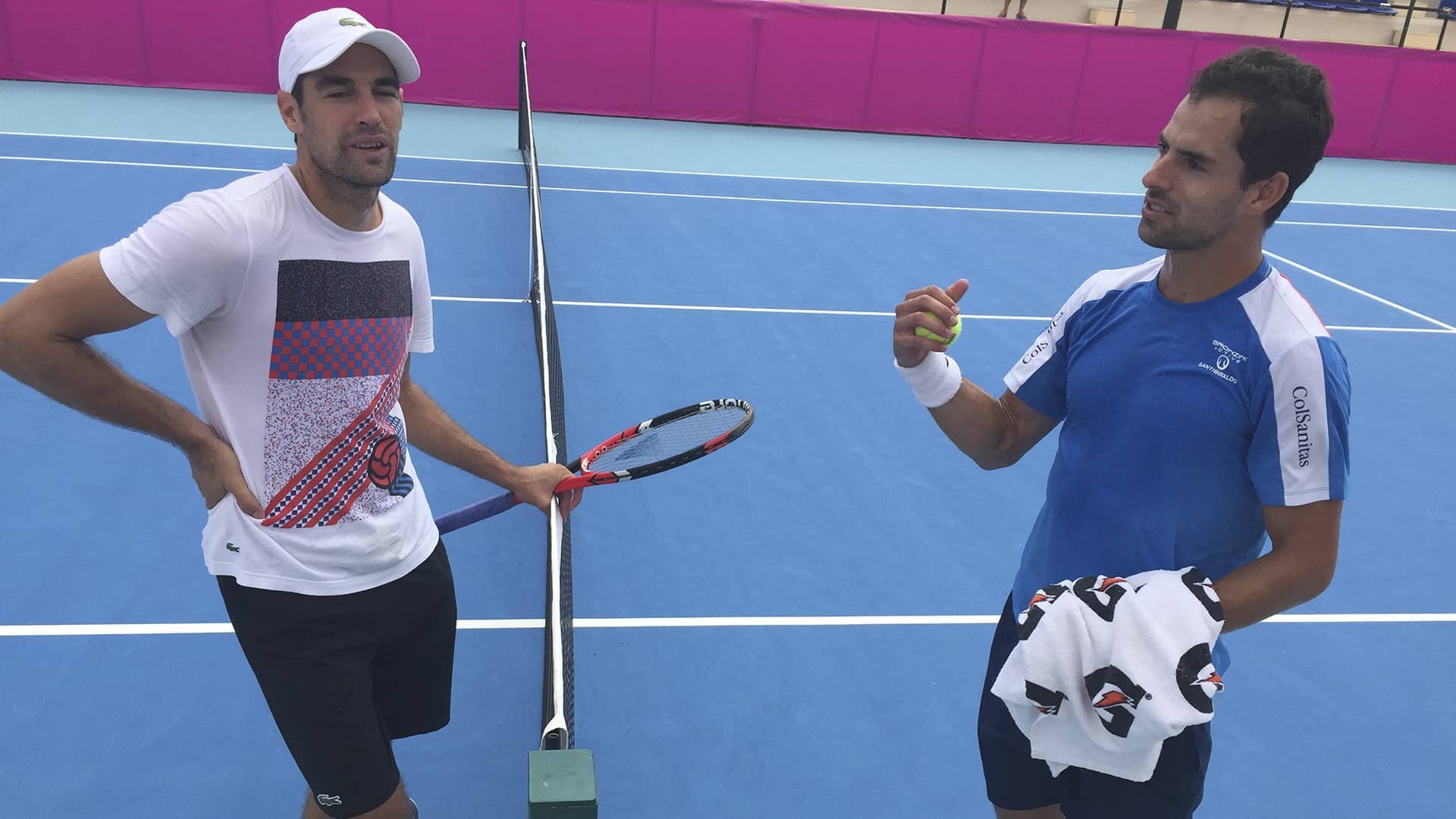 An hour later and the first of two practices ends. Giraldo packed everything into his bag, carefully - grooming items, supplements, strings, grips, hearing aids, glasses, a watch, a change of clothes and his seven racquets. One of his racquets has an inspiring message. 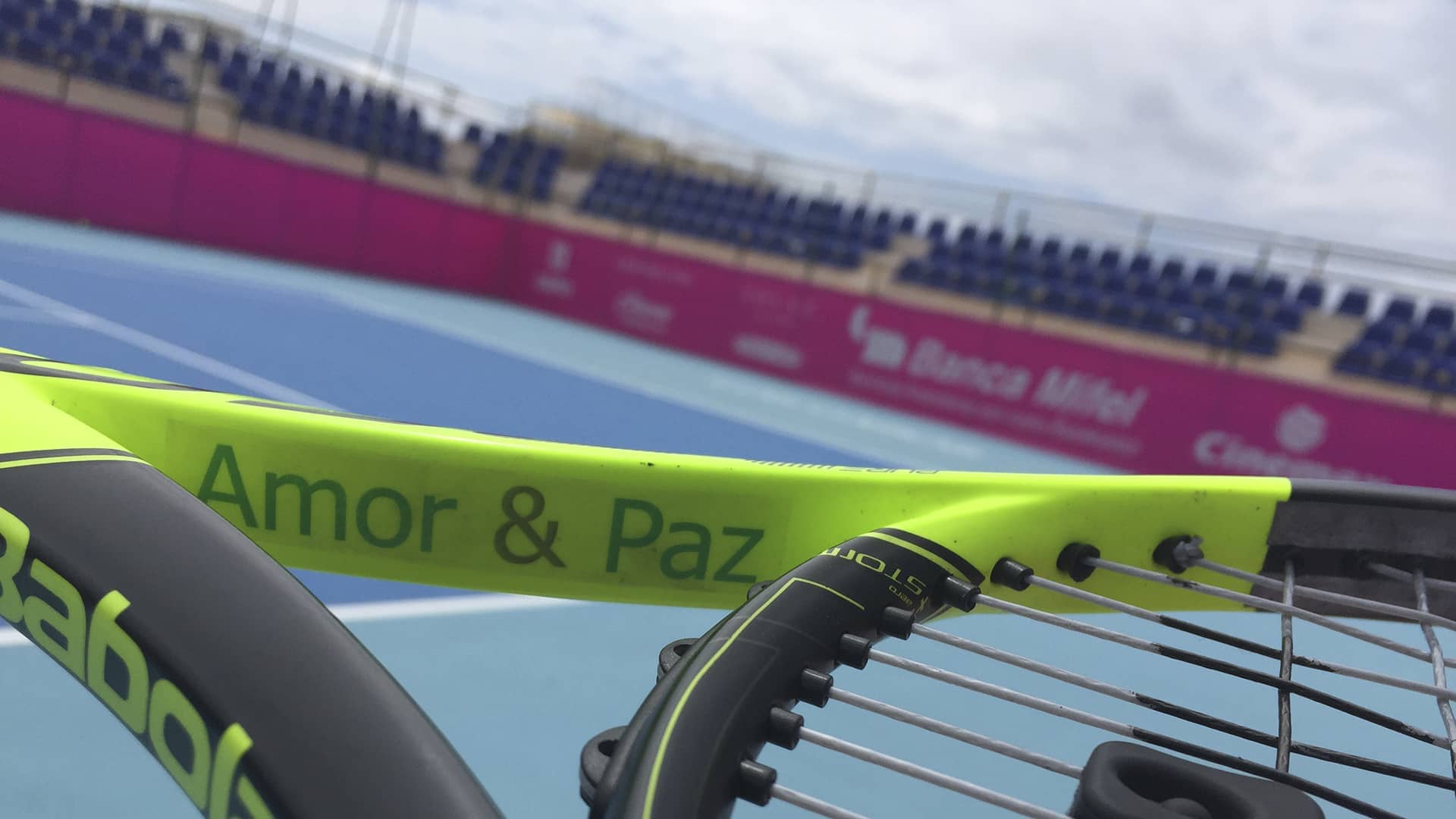 Giraldo returned to the hotel, ate soup and rice with chicken for lunch plus a lemon water to drink. He took a 40-minute nap before taking a shower and then finally embarked on another journey to the site. His next training partner was Juan Batalla, a 17-year-old Mexican. “Thank you. Good luck. Always listen your coach," he recommended to the youngster at the end of the practice. Giraldo then had a couple of hours before his match, which meant it was time to relax and focus in the players' lounge. 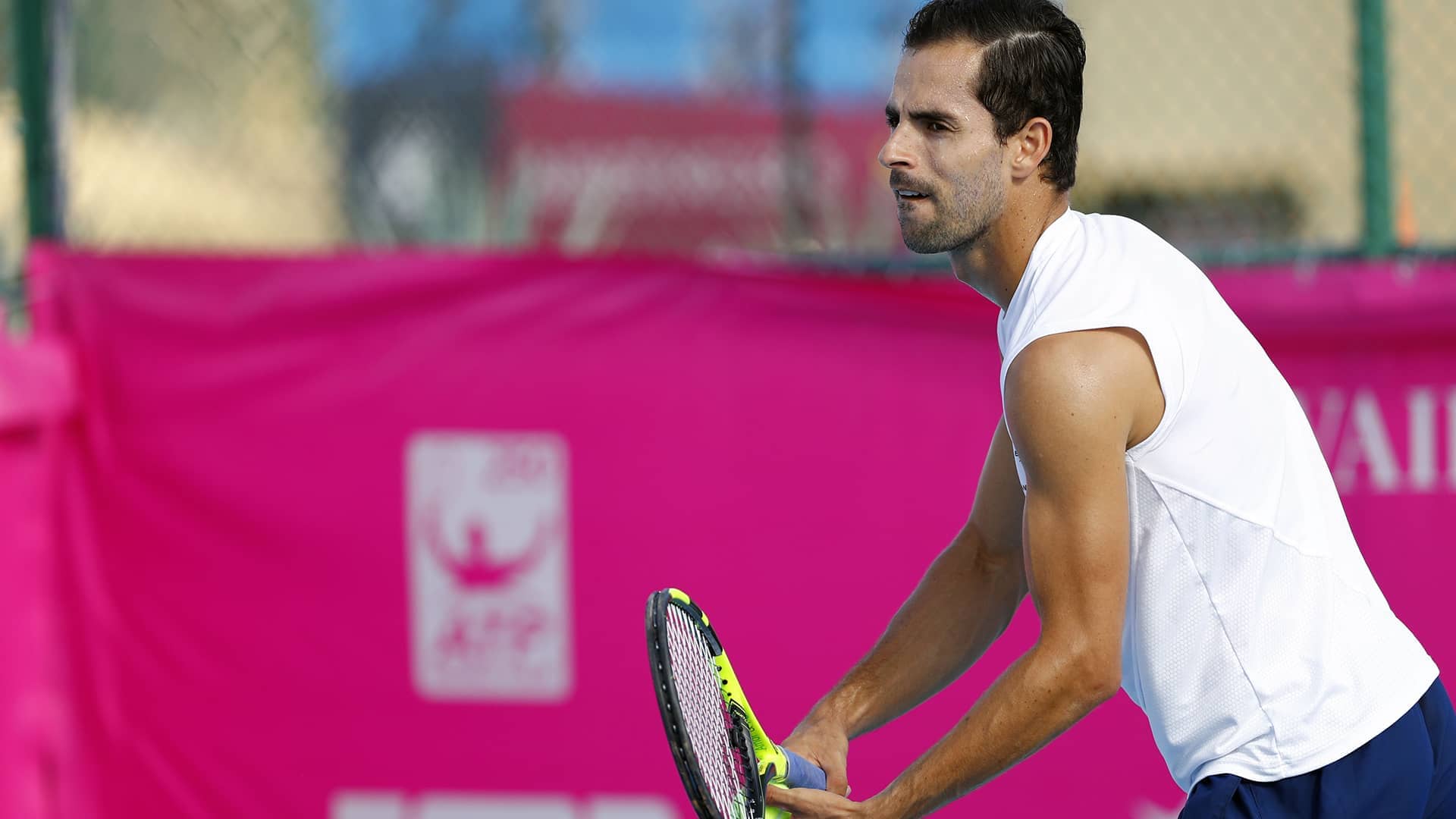 After 15 minutes of physio, the Colombian left the players' lounge with his packed racquet bag and perfect amounts of hydration. Not a detail is to be missed! It’s the second time in his life travelling without a coach, so everything depends on him. On his way to the court, Giraldo saw the match between Julien Benneteau and Jared Donaldson on the next court. 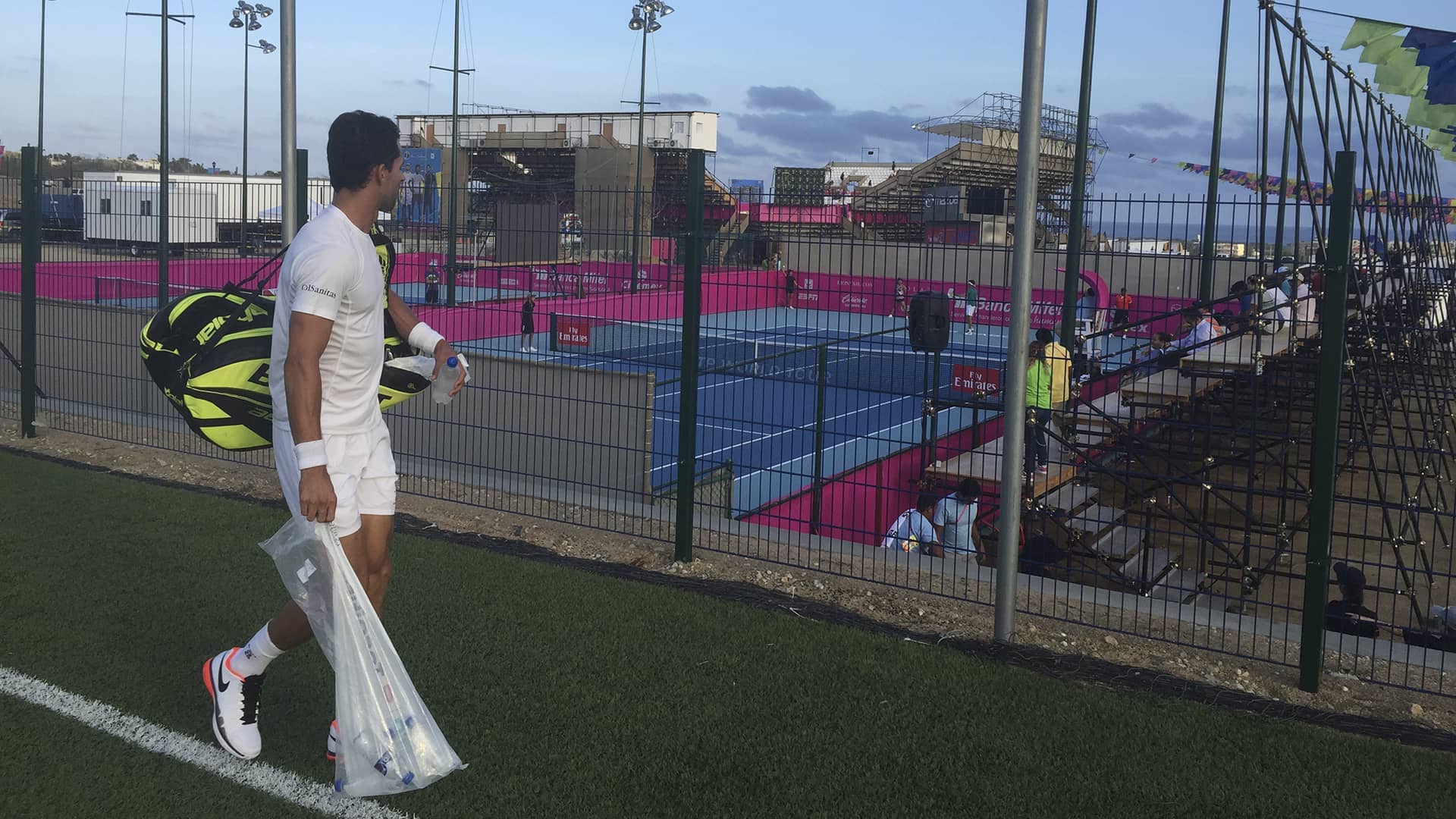 Giraldo's countryman, Alejandro Falla, supported him in the stands. The left-hander motivated him as he saved two break points on serve. In the end, Giraldo won in straight sets, knocking out fourth seed Sam Querrey. 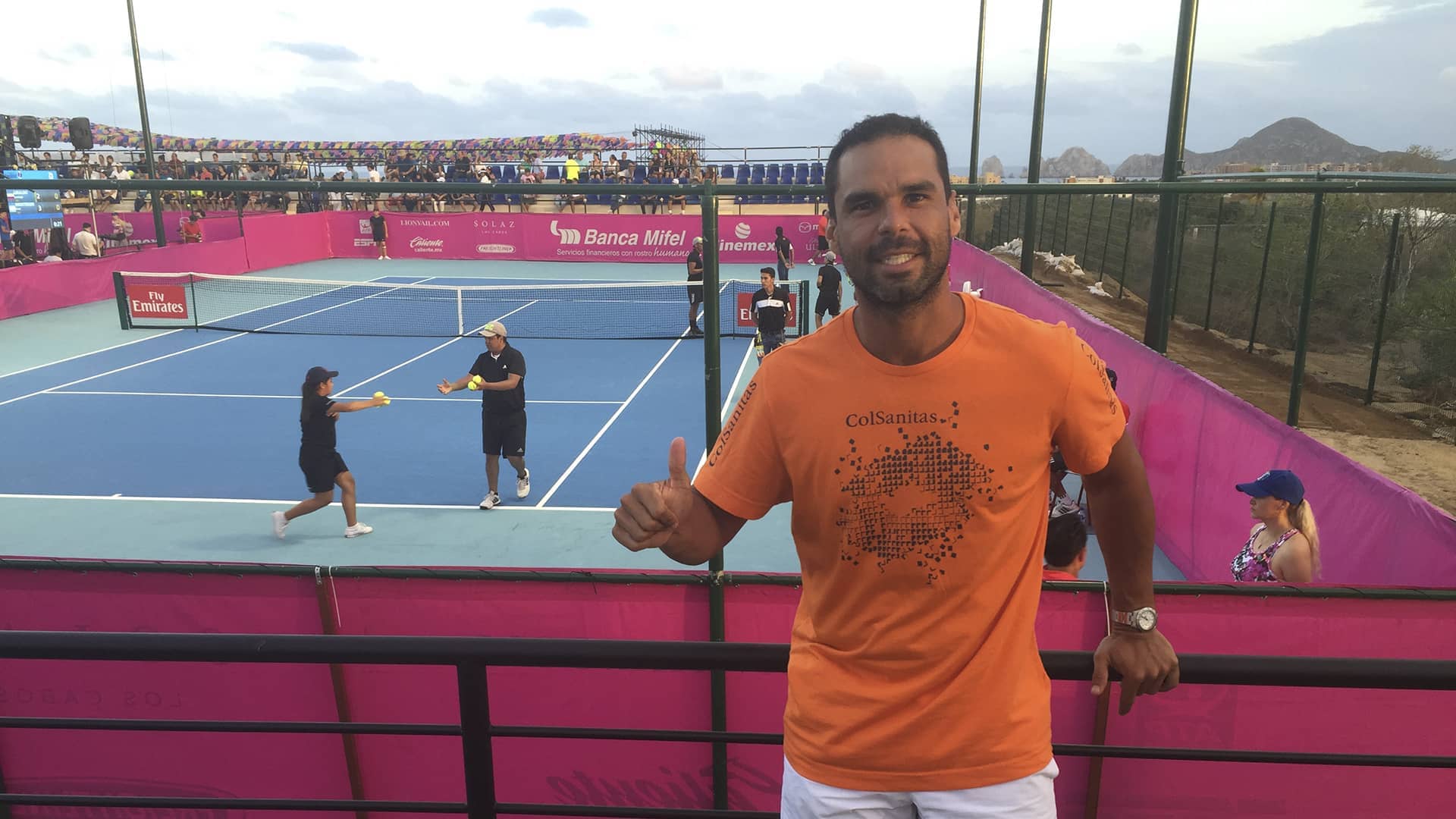 Giraldo spoke with the media, returned to the players' lounge, went back to the hotel, stretched, ate and went to bed early. He needed to rest as the next day awaits the same routine, against another tough opponent!