Neville Godwin has helped Hyeon Chung reach another quarter-final this year at the Miami Open presented by Itau.

Jonathon Braden
This article contains:
Godwin discusses the differences between working with Anderson and Chung

Last season, Godwin helped Kevin Anderson enjoy one of his best years. In mid-January, Anderson was ranked No. 80 in the ATP Rankings, but he finished 2017 in the Top 15 after reaching two finals, at the Citi Open and the US Open, his first Grand Slam title match.

Godwin and Anderson split at the end of last season, but the South African coach, who was the Coach of the Year in the 2017 ATP World Tour Awards presented by Moët & Chandon, has had an immediate impact with his new player, South Korea's Hyeon Chung.

Godwin started working with the reigning Next Gen ATP Finals champion in December 2017, and one month later, Chung reached his maiden Grand Slam semi-final in Melbourne. ATPWorldTour.com spoke with Godwin about his time with Anderson, what he's looking to improve in Chung's game and the differences between working with a 21-year-old (Chung) and a 32-year-old (Anderson). 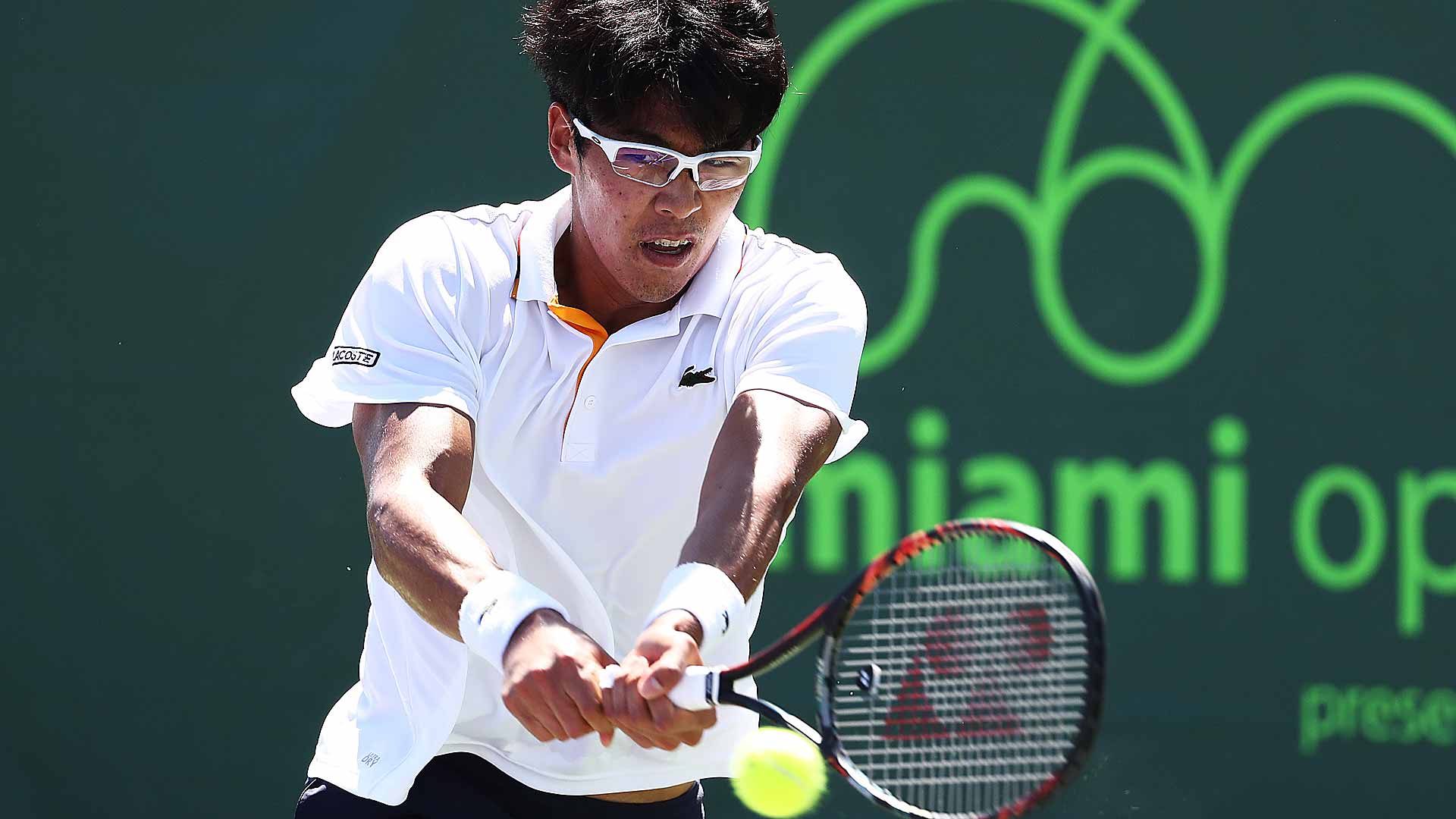 You're working with Hyeon now. What did you know about his game before you started working with him in December 2017?
I watched him play a bunch last year, and Kevin had actually practised with him a couple of times, and he actually played [Chung] once in Stockholm as well. I watched him, scouting him.

It was quite handy from a negative perspective. It actually allowed me some good insight as to what are some things he could do better right away, so I was able to give him some good information right off the bat, which I think really helped him and put me in a good place with him.

What was your synopsis of Chung's game?
He was going very quickly onto defence. He's very comfortable on defence. He's sort of like an Andy Murray, for lack of a better expression, where he could defend the hell of out anybody.

But his serve was letting him down. He wasn't serving at a high enough percentage in first serves. He needed to make one or two technical adjustments, and he needed to get more balls in play and also look to be more offensive, because the guys that you play now are too good. If you just keep defending, they're eventually going to step up.

The key for him is to not just defend. He defends great, we know that, but also to play some offence.

You May Also Like: How Milan Propelled Chung To The Australian Open SF

You have also changed his serve, right?
On the serve, we brought his feet closer together. His legs are his powerful base. He's obviously got incredibly strong legs, so we're trying to incorporate that more into the serve.

If you had to compare last year to this year, he looks a little bit more like Roddick-esque. He's kind of jumping more straight up and down. He's much more comfortable with it.

Chung was on board with the changes?
Yeah, whenever you do a thing with the player, the player has to be comfortable with it, or they're just not going to do it. So he's really comfortable with it. He's able to do more with his serve. He feels like he gets more free points [with his first serve], as well as on the second serve, he can do more on the second serve, which is especially important.

What other tweaks have you helped make in his game?
Maybe just help him be slightly more tactically aware. Often he'll hit the ball really well, but it goes sort of around the service-line area... He hits it clean, but it doesn't do anything because the ball lands short. You've hit a good shot, but now the other guy is playing offence.

Trying to make him more aware of the depth of the ball, or the space of the ball. Not hitting down the middle so much, but maybe more to one corner or to the other corner.

How do you practise that? What drills do you use?
We haven't had that much time on the practice court. We had one week in December when we did some of that. It's just creating an awareness with him. 'OK, that's a good ball, but you don't want to hit the ball in the middle, you want to hit the ball more away from the guy, so you get the guy moving.

'The more the other guy is moving, now it becomes a moving battle and you move better than anybody, just about, so that favours you'. 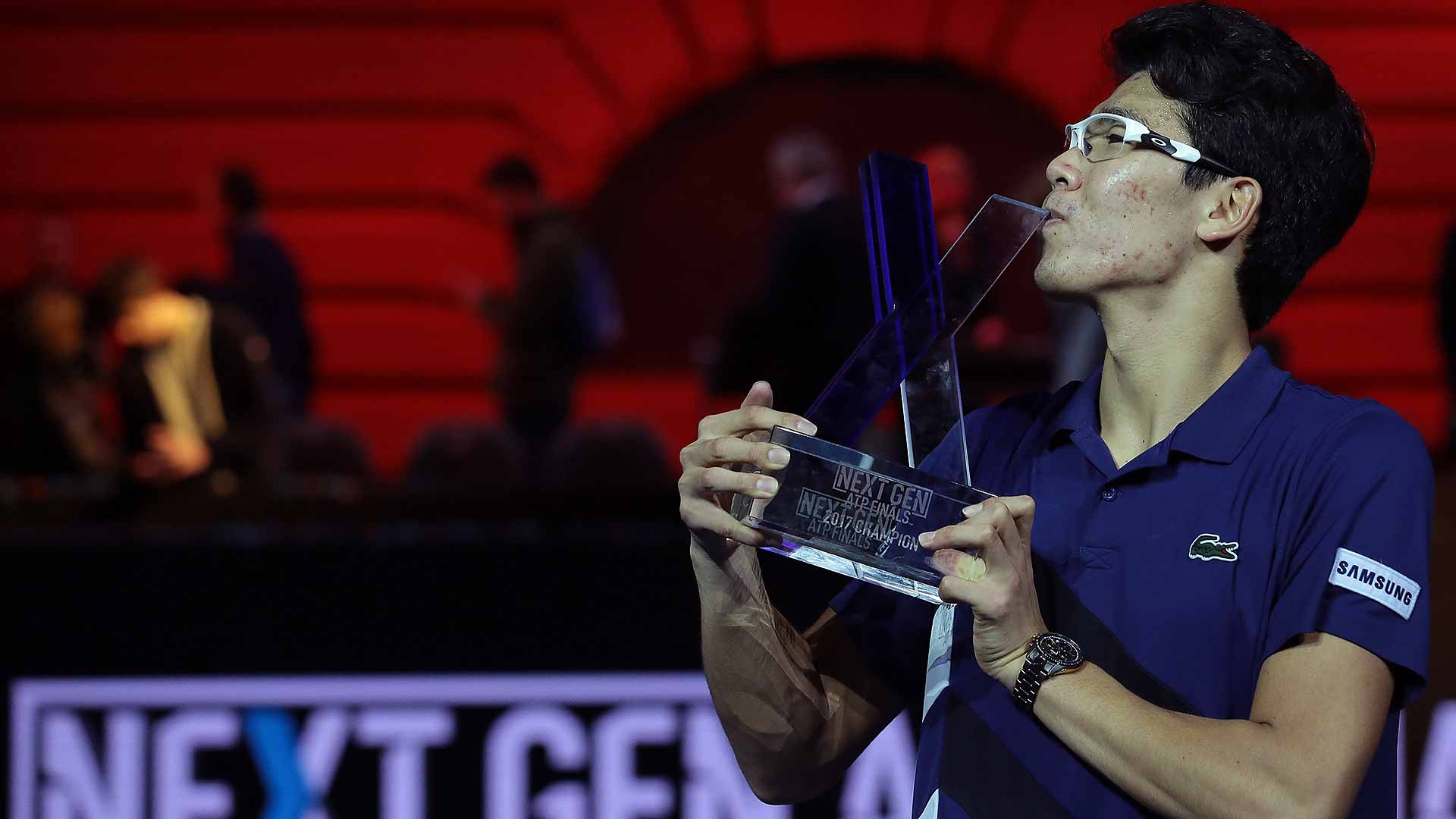 How early into a partnership do you pitch something new?
It's just a trial-and-error thing. As a coach you're kind of throwing ideas out there all the time. It's like fishing – you throw it out. One idea might stick and you roll with that for a little while. And then you throw another idea out, and you're constantly throwing ideas out and you just never know what's going to stick. Sometimes things are really quick to take, and sometimes they just take a little bit longer.

You went from working with Kevin, who's having a great year, to working with Chung, who's also having a great year. But they're at different spectrums of their careers.
Kevin is 32 years old now. When I started with him he was 28. He always had a really good sense of what he wanted to do, and where he wanted to get better. We worked on that regard. Trying to find out the best way forward for him.

With Chung, it's different. It's a little bit more of a blank canvas with a 21-year-old. There's sort of more scope, because there's less scarring, if you like. He hasn't lost as many matches. He hasn't won as many matches, but there's just much less water under the bridge.

Who did you work with before Kevin?
No one before Kevin. I was back in South Africa, and I was looking to get on the Tour, and it's not the easiest gig to get... [Kevin] approached me and we had four great years together. I'm very, very grateful to Kevin for giving me the opportunity.

Really happy for him that he's single digit in the ATP Rankings now... That's a massive achievement in a tennis player's career.