Goffin & Wawrinka Make Their Cases For London With Basel Wins

David Goffin had lost his past three matches to Marin Cilic, but the sixth-seeded Belgian continued to push towards a third appearance at the season-ending Nitto ATP Finals with a 6-4, 6-4 victory over the Croatian on Wednesday at the Swiss Indoors Basel.

“It was a tough draw. To have [Marin] in the first round is not easy, but I knew I had to stay focussed on what I had to do. The key today was to serve well because it’s very fast indoors,” Goffin said. “I’ve always had close matches with him and it’s usually just a small difference.”

Blink and you'll miss him 🏃💨

The victory keeps the 28-year-old in strong contention for one of the two remaining qualifying spots at The O2 in London, from 10-17 November. Goffin is 10th in the ATP Race to London with 2,370 points after Wednesday's win. He is 245 points behind eighth-placed Matteo Berrettini, who is currently in the Erste Bank Open quarter-finals, and could add an additional 410 points if he wins the Basel title. 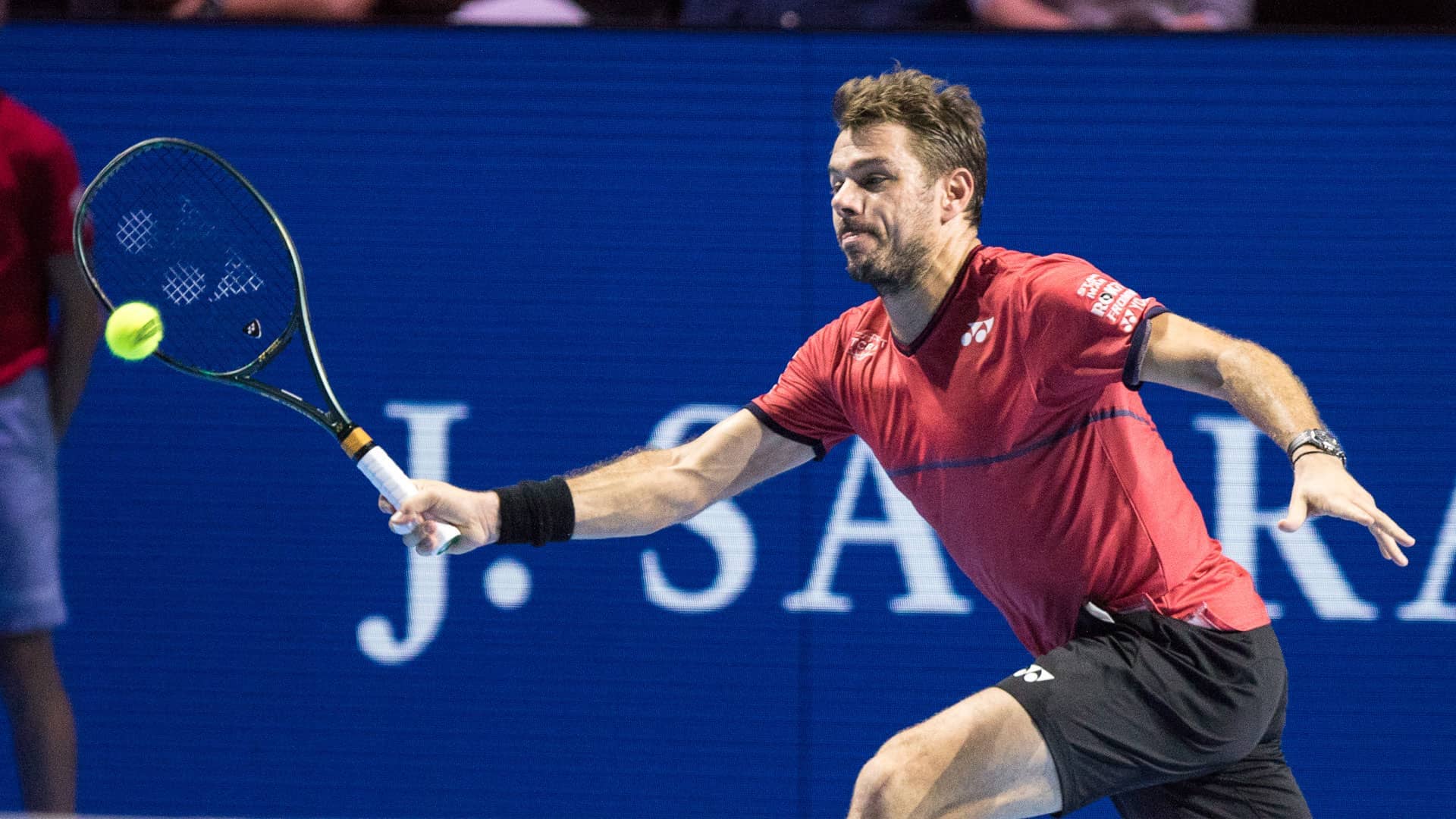 Home favourite Stan Wawrinka closed out Wednesday's day session with a convincing 6-3, 6-4 win over Uruguayan Pablo Cuevas. The Swiss is in 15th place in the ATP Race to London with 1,865 points after his victory on Wednesday, but made solid inroads towards a fifth appearance at The O2 with the 150 points for his runner-up finish last week in Antwerp (l. to Murray).

“I’m really happy. I was sad to not be able to play the past two years. It was great a match from the beginning to the end. I served really well and was being super aggressive,” Wawrinka said. “It was an amazing crowd, amazing atmosphere and it’s great to play one more day here.”

Pablo Cuevas' reaction is all of us after that point 🤨😂

Cilic’s serve is widely regarded as his biggest weapon, but it was Goffin who put on a serving clinic with 11 aces (compared to four for Cilic) and 76 per cent of first-serve points won (37/49). The Belgian was also rock-solid in return games and converted all three break points to advance in one hour and 12 minutes. He finished the day with a tidy 24 winners to just 20 unforced errors.

Goffin now holds a 4-3 lead in his FedEx ATP Head2Head rivalry with Cilic after defeating the Croatian for the first time since 2016. He’ll take on another big sever in American Reilly Opelka for a place in the quarter-finals.

You May Also Like: Carreno Busta Beats In-Form Shapovalov In Vienna

Wawrinka, making his 14th appearance in Basel, hasn't always excelled at this event and arrived with an 11-13 record. But he delighted the crowd with his top form against Cuevas, hammering 30 winners and taking 78 per cent (40/51) of his first-serve points. Wawrinka nailed his 10th ace of the day on match point to prevail in 67 minutes.

Next up for Wawrinka is #NextGenATP American Frances Tiafoe, who produced a convincing 6-4, 6-2 win over Brit Daniel Evans for his sixth ATP Tour quarter-final of the year. Earlier this week, Tiafoe qualified for his second appearance at the Next Gen ATP Finals, held from 5-9 November in Milan.