David Goffin and his coach Germain Gigounon regularly train together in Monaco.

Coach Gigounon On Goffin: 'We Don't Need To Talk, I Just Get It'

David Goffin has a smile on his face again and its in no small part down to his coach and childhood friend, Germain Gigounon, who has helped the Belgian get back to basics.

The World No. 13 overcame COVID-19 and suffered five straight losses to end the 2020 season before appointing Gigounon, a former pro, whom he had known for more than 25 years, in November 2020.

“We first met when we were six or seven, in one of the first tournaments we played around 25 years ago,” Gigounon told ATPTour.com. “We trained a lot together in the past with the [Belgian Tennis] Federation and were room-mates, even though we have different personalities. I was really happy to join the team as I was always watching and following him. Always in touch together. When he asked me in November to join his team full-time, I was delighted.”

It’s a good fit for Goffin, who is bidding to return to the kind of form that helped him to four ATP titles and the Nitto ATP Finals in a five-year partnership with fellow Belgian Thierry van Cleemput, whom he had known since a young age.

As a familiar face, Gugounon has already helped Goffin reap dividends in 2021, steering his charge to a first title since the Rakuten Japan Open Tennis Championships in October 2017. Goffin overcame Roberto Bautista Agut 5-7, 6-4, 6-2 on 28 February for the Open Sud de France crown in Montpellier.

“I'm feeling more confident and I’m happier on the court,” Goffin told ATPTour.com. “We've put in a lot of work together and refined a few strokes, developing a plan of how I want to play in the future. I feel more relaxed, confident in my choices and with my serve and on return. I do feel sharper in my movement too.”

Gigounon, who previously coached Belgian WTA players Yanina Wickmayer and Ysaline Bonaventure, immediately set about getting Goffin focused on what he does well: his ball-striking and his movement in their practice sessions in Belgium and Monaco.

“He wanted to return to basics, so, having known him for 25 years now, it was natural and simple to help him,” said Gigounon. “I know how he reacts, his personality and game, so we can talk easily together. I think that’s the best thing about our partnership.

“Last year was a tough year for him, with the conditions, and he was a bit down. Because he was a little lost with his game, he wanted to be more solid and aggressive. We worked a lot on these aspects of the game, hitting a lot of balls in the pre-season and looked at his serve. We attempted to work on hitting the ball earlier, to go back to the way he used to play his tennis.” 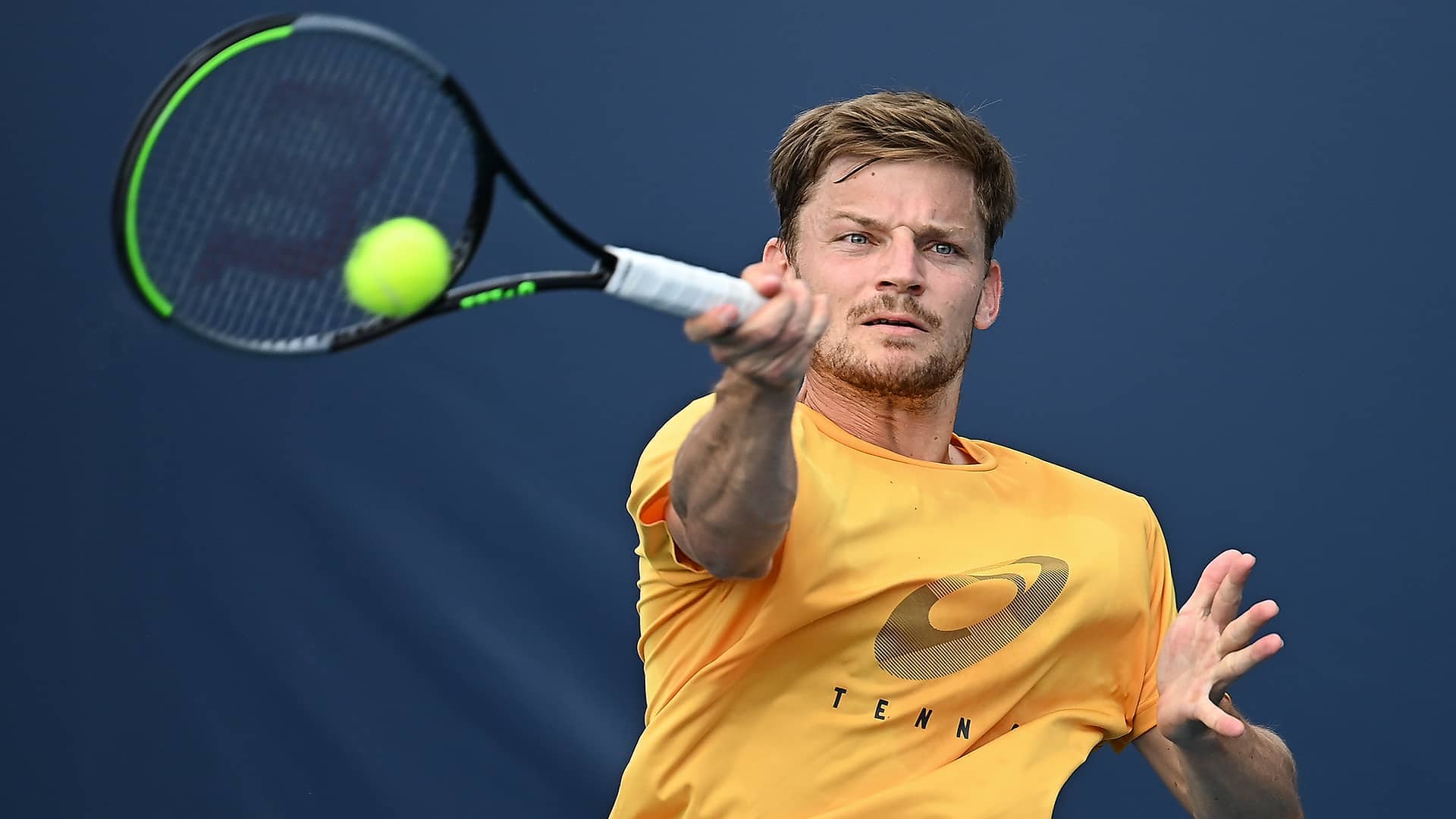 Although Goffin has experienced a few tough losses this season, the 30-year-old is fighting for every point once again and having fun on the court. “I’m happy with the way I am feeling, moving and playing on the court now,” said Goffin. “It means I can go for more shots, cut the angles on my groundstrokes. I try to play inside the court and think my opponents feel more pressure.”

Gigounon, who lost to Goffin in a 2008 ITF Futures final in Greece during his own playing career that peaked at No. 185 in the FedEx ATP Rankings in August 2015, added, “David is fighting, which is the most important thing,” said Gigounon. “We talked about it during the pre-season and is he fighting for every point. He’s played some good matches this year and has taken some steps forward.

“Even though I didn’t play big tournaments like David, I know what it feels to be up and down in matches, to fight in matches,” said Gigounon. “I have known him for a long time. I have followed all his matches. Sometimes we don’t need to talk, I just get it.”