Denis Shapovalov recovers from 2-5 down in the fourth set to beat Taylor Fritz on Friday at the US Open.

Shapovalov Survives In Five; Goffin Returns To Familiar Territory At US Open

Goffin knocks out Krajinovic in third round

Denis Shapovalov completed a remarkable comeback on Friday to reach the US Open fourth round for the second time.

The 21-year-old Canadian grew in confidence after recovering from 2-5 down in the fourth set to beat American No. 19 seed Taylor Fritz 3-6, 6-3, 4-6, 7-6(5), 6-2 in Arthur Ashe Stadium over three hours and 26 minutes. Fritz, who won 80 per cent of his first-service points and came within two points of victory, tightened up when serving for the match at 5-3 in the fourth set.

"He was playing incredibly well today and I think we both deserved to win," said Shapovalov, in an on-court interview. "It was great tennis and I think I just got a little bit lucky. I stayed with him in the fourth set, when he was in control, and I saw him get a little bit tight. I tried to make him play as much as possible, then I got a little bit lucky on the set point and read it correctly to hit a good forehand. I figured I needed to make a change for the fifth set, and I picked up my intensity and level."

Shapovalov, who reached the 2017 US Open fourth round (l. to Carreno Busta), won the first three games of the decider and will now play seventh-seeded Belgian David Goffin, who beat No. 26 seed Filip Krajinovic of Serbia in straight sets earlier in the day. Shapovalov hit 60 winners, including 22 aces past Fritz.

The Canadian, who lost in the Western & Southern Open second round (l. to Struff) last week, captured his first ATP Tour title in October last year at the Stockholm Open (d. Krajinovic) and went on to contest his first ATP Masters 1000 final at the Rolex Paris Masters (l. to Djokovic).

Fritz, who has worked hard with Paul Annacone and David Nainkin on improving his movement during the five-month ATP Tour suspension, didn’t come under any pressure in the first set, which swung in his favour in the eighth game, when Shapovalov double faulted at 3-4, 30/40.

The tide turned the way of Shapovalov in the second set, when three consecutive groundstroke errors from Fritz gifted his Canadian opponent the break in the eighth game. When serving for the set at 5-3, Shapovalov bounced back from 0/40, winning four straight points.

Shapovalov won his fourth game in a row to break Fritz’s serve in the first game of the third set, then held from 0/40 in the next game. Momentum shifted to Fritz, with breaks of Shapovalov’s serve in the sixth and eighth games, but the American couldn’t close out when leading 5-3. He only needed to wait a few more minutes to clinch the set, doing so when Shapovalov left a backhand that landed in at 4-5, 30/40.

Fritz seized the initiative when Shapovalov double-faulted on break point in the second game of the fourth set. But with the finish line in sight, Fritz showed nerves for the first time. Shapovalov didn’t give up, and at 3-5 down, Fritz struck a backhand long on break point. Later, in the tie-break, Shapovalov anticipated well and levelled the score with a forehand winner, when 22-year-old Fritz had been on the attack.

From 4/5 down in the tie-break, Shapovalov put his foot down to win 15 of the next 17 points. He held the advantage to record his third straight victory over World No. 25 Fritz, who advanced to his first ATP 500-level final in February at the Abierto Mexicano Telcel presentado por HSBC (l. to Nadal). 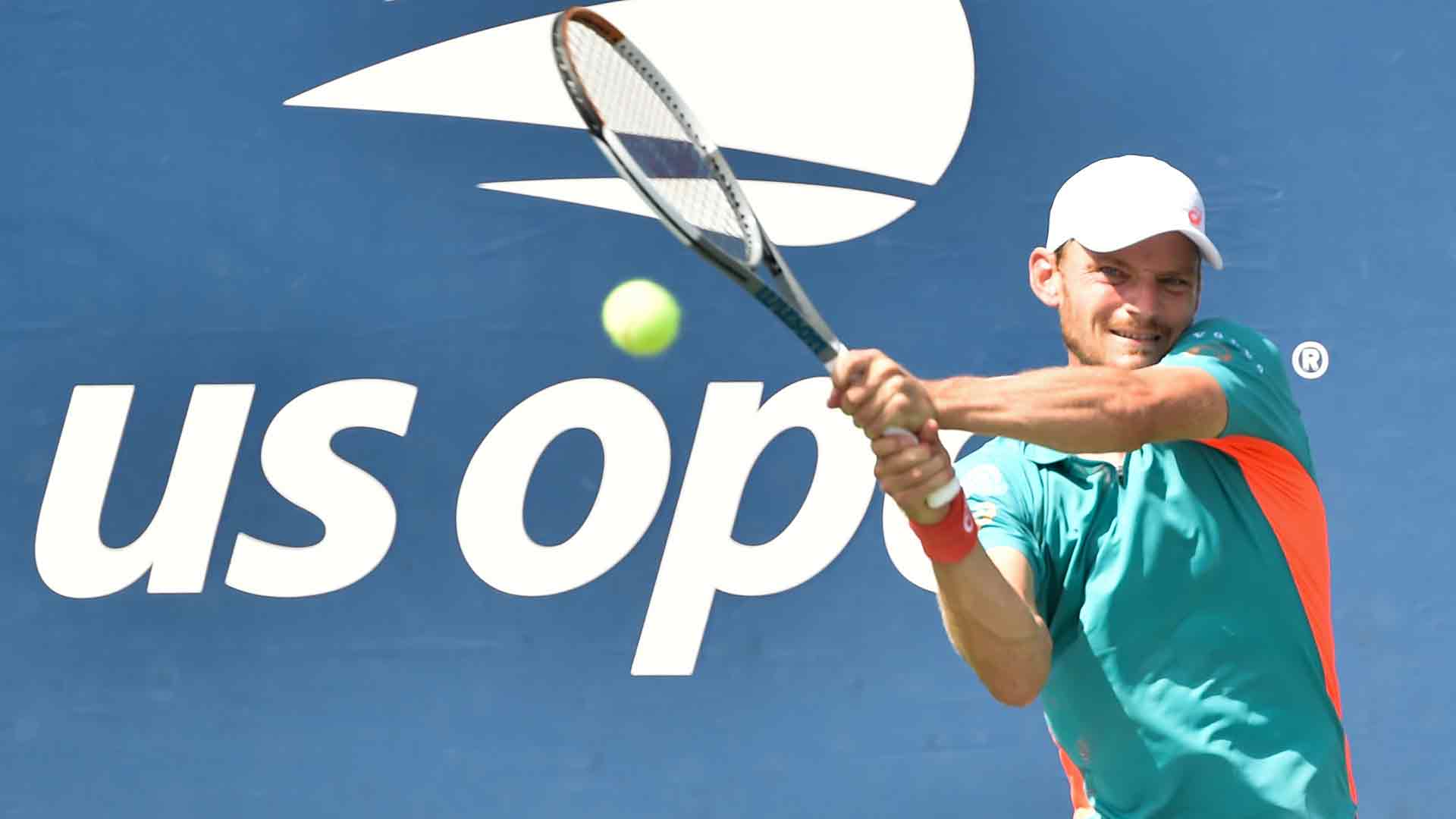 Goffin broke a two-match losing streak against Krajinovic for a place in the US Open fourth round for the fourth consecutive year. In a match that featured 11 breaks of serve, it was Goffin who repelled Krajinovic’s power to win 6-1, 7-6(5), 6-4 in two hours and five minutes. Goffin hit 36 winners.

Goffin secured the first four games of the match, winning the 16 of 22 points. He wrapped up the 27-minute set when Krajinovic hit a backhand slice wide.

Krajinovic, who continued to struggle on second serve, managed to break Goffin for the first time early in the second set, but through 10 games there had been six service breaks. When Krajinovic hit a forehand wide to be broken at 4-4, Goffin appeared to take control, but the World No. 10 could not convert a set point. He made amends in the tie-break, winning the first four points and carried the momentum when Krajinovic hooked a forehand wide at 5/6.

From 1-1 in the third set, Goffin won 12 of the next 14 points, including four straight points at 2-1, after Krajinovic had served with a 30/0 lead. Krajinovic, sensing his last chance to get back into the match, stepped up to recover to 4-4, but soon faltered.

Krajinovic had won their past two ATP Head2Head meetings in 2019 at the Open Sud de France in Montpellier and the BNP Paribas Open in Indian Wells.