Daniel Evans defeats Radu Albot in straight sets to move to 3-1 in their ATP Head2Head series.

ATP Staff
This article contains:
The 29-year-old has won two of his three matches in Sydney

Daniel Evans did not suffer a letdown after his upset win over World No. 11 David Goffin on Sunday , dismissing Radu Albot 6-2, 6-2 to seal Great Britain's overall victory against Moldova in Sydney on Tuesday at the ATP Cup. The Brits triumphed 3-0.

"It would have been difficult if [Cam] went down, and then we were losing, to stay in the tournament," Evans said. "But obviously there was still a bit of pressure out there, but I thought I played pretty good, and hopefully the boys get it done."

The British No. 1 faced Albot in arguably the biggest match of both of their careers last year in Delray Beach. But despite holding three championship points, Evans fell short, with Albot lifting his maiden ATP Tour trophy. But since then, Evans has taken command of their ATP Head2Head rivalry, winning three matches in a row, including two triumphs in straight sets.

"My question to him today was, 'Can you go out there and back it up?' He's done exactly that," said Great Britain's captain Tim Henman. "This is a guy that beat him in a Tour final last year. He's a proper player, and Dan's dismantled him."

Every match is critical for Great Britain, as it must sweep its three matches against Moldova to stand a chance of winning Group C. If that happens, and Belgium beats Bulgaria 2-1 on Tuesday evening, Great Britain will top the group and be guaranteed a spot in the Final Eight, which will also be held at Ken Rosewall Arena in Sydney. Even if that doesn't happen, every win counts, as two second-place countries will also move on to the Final Eight. 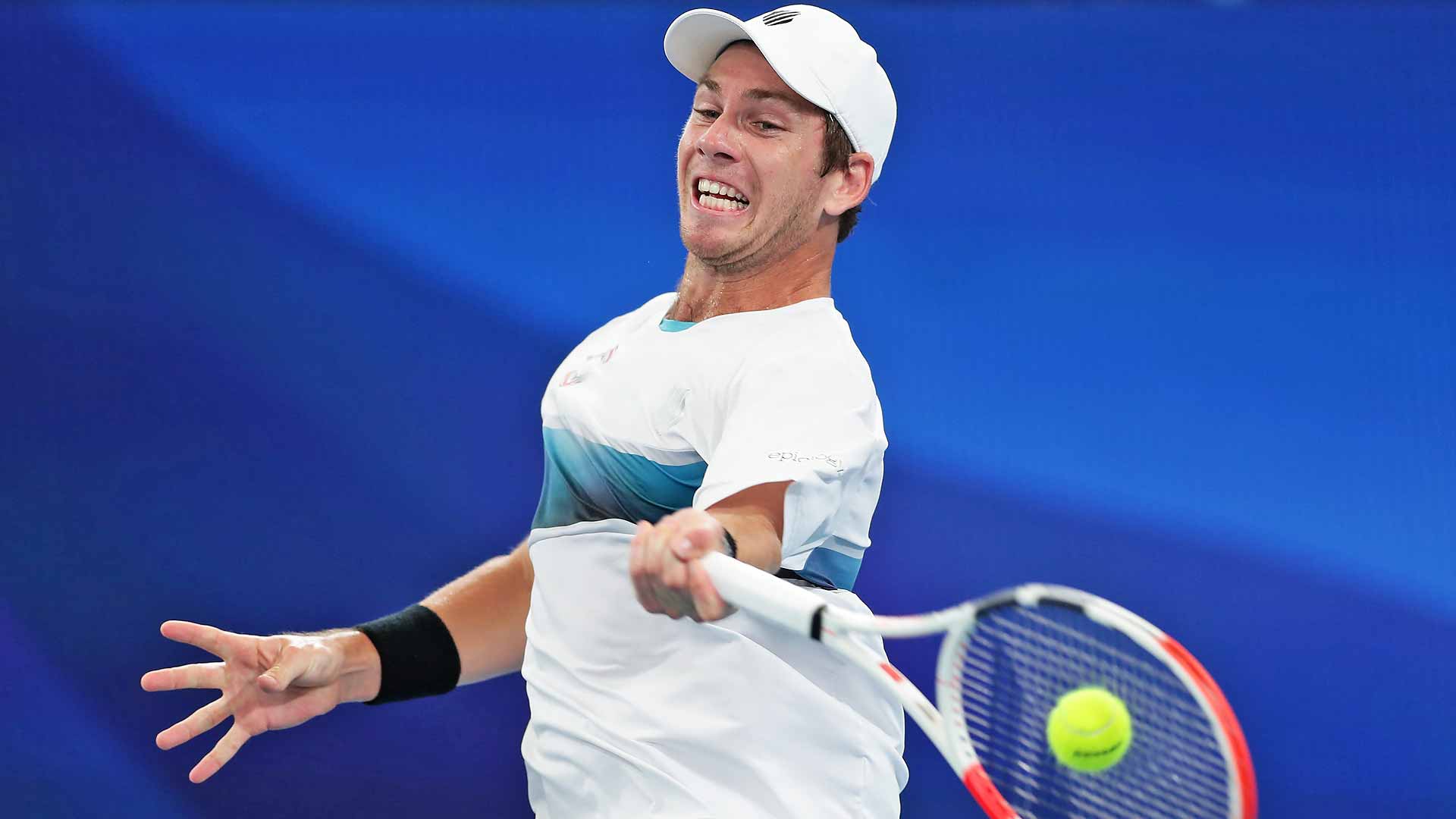 Cameron Norrie earned his second win of the inaugural ATP Cup earlier in the day, defeating Alexander Cozbinov 6-2, 6-2 in 71 minutes to give Great Britain the early lead.

Norrie wasted little time against World No. 816 Cozbinov, winning 84 per cent of his service points and breaking four times from eight chances to emerge victorious.

"Looking for a reaction, he was disappointed with his performance against Darcis, but you get another opportunity," said Henman. "The way that he's come out and delivered is fantastic."

Jamie Murray and Joe Salisbury closed out the tie with a 6-2, 6-2 victory against Albot and Cozbinov. The Brits have won two of their three doubles matches in Sydney.