Team Great Britain is competing in Group C in Sydney at the inaugural ATP Cup.

Why The British Are Savouring 'Totally Unique' ATP Cup Atmosphere

Throughout the year, you can find Great Britain’s tennis stars in players’ lounges, restaurants and hotel rooms around the world bantering over football among other sports. They are undoubtedly a tight-knit group. But week-to-week, they compete for themselves.

What is special about the ATP Cup is that it provides guys like Daniel Evans, Cameron Norrie, James Ward, Joe Salisbury and Jamie Murray a chance to bring those friendships onto the court, competing as a team against other countries.

“It’s just a different dynamic, different energy. It’s cool to have your teammates there on the side cheering you on and wanting you to win for the team. It’s really cool to be in it together,” Murray said. “We don’t really ever get a chance to do that, and I think that’s what’s so exciting about this new event. It’ll bring together a lot of teams, a lot of players together. You see those emotions and stuff on the side of the court with the support. It’s totally unique.”

It's not to say that the Brits don’t support each other throughout the season. But when they take the court in Sydney beginning Friday, they’ll be part of the action, sitting in the special team zones that are unique to the ATP Cup to provide support for teammates.

“We spend a lot of time together during the year at events, but I think when we come together as a team, it’s different,” Murray said. “Everyone’s closer together and you’re spending your days with those people. We all know each other really well, whether that’s the players or the coaches or the physios and stuff that are here with us, the support team. It’s cool. We really enjoy it.” 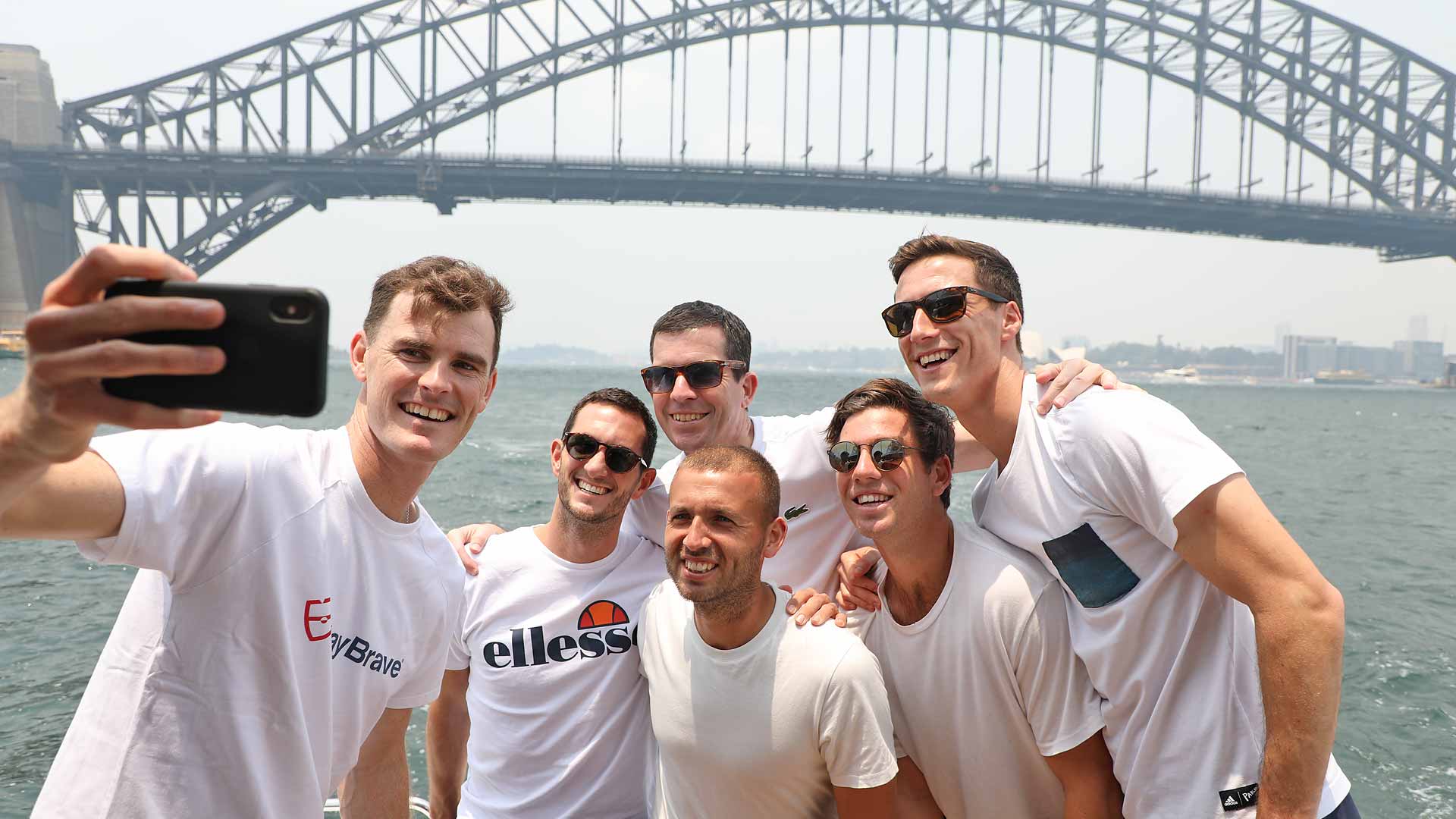 And while the Brits joke around with each other off the court between matches — Norrie and Murray had good fun Wednesday on Sydney Harbour poking fun at one another’s sunglasses — those genuine friendships carry into the heat of competition in a good way.

“We’re all into the same stuff, so it makes it a lot easier,” Ward said. “It helps if you get on well off the court. Everyone does on our team so on the court we’re going to fight for each other harder and support each other as well.”

Evans, the No. 1 singles player for Great Britain in Sydney, echoed many of the same sentiments.

“I think it's going to be really good,” Evans said. “You know they can get pumped for the guy on court to try and get him through the match in a tight one, and I think it will be a great new addition.”

Another positive the players have found in the ATP Cup is that it feels like an extra-special way to begin the new season, motivating them even more to get off to a good start.

“I think for the players, they all enjoy getting together as a team,” Murray said. “Everyone gets on well from the respective countries and you’re pulling together for one common goal. It’s different. It’s fun and I think it’s a great way for the Tour to kick off its season.”

Each team has a captain at the ATP Cup. And in Team Great Britain’s case, former World No. 4 Tim Henman is doing whatever he can to put his players in position for success at this inaugural 24-team event.

“I’ve known these guys for a long, long time away from an event like this. But certainly when you do get together at the beginning of a new year — we’ve had plenty of time to prepare — it’s great to build that spirit,” Henman said. “We’ll need it because you look at this event as a whole and the 24 teams and you have eight of the Top 10, 23 of the Top 30 [in the ATP Rankings] playing, we’re going to need to be firing on all cylinders.”

For the players, it’s a special opportunity to work with a national icon, one who could help lead them to victory here in Sydney.

“It’s nice to have Tim as an addition to pass on some of the experience on the court and get to know him a bit better," Norrie said. "I think we’re all really excited to get out there and start the year. It’s looking like it’s shaping up to be a sick event, so let’s see what happens.”