Hubert Hurkacz gives Poland victory over Greece on Saturday at the ATP Cup.

Hubert Hurkacz and Kamil Majchrzak both helped Poland to its first Group D victory on Saturday against Greece at the ATP Cup.

Hurkacz and his coach, Craig Boynton, scrambled when news filtered through late on that Stefanos Tsitsipas, who they had prepared to face in the No. 1 singles match, was sidelined by a right elbow injury. But Hurkacz quickly settled on Qudos Bank Arena to overcome Tsitsipas’ replacement, 20-year-old Aristotelis Thanos, 6-1, 6-2 and complete a 2-0 tie win.

In the No. 2 singles match, World No. 117 Majchrzak played with confidence to defeat Michail Pervolarakis 6-1, 6-4 in 79 minutes. Hurkacz later completed a highly professional performance over Thanos, which included 10 winners in the 54-minute encounter.

"I was expecting to play Stefanos and I was preparing tactics with my coach and Marcin [Matkowski], so it was difficult when I found out," said Hurkacz. "I'd never played him before, or seen him play. He had a big serve and fortunately I was returning quite well and put pressure on him. It's great to be back in Sydney."

On Tuesday, Poland faces Georgia and Greece meets Argentina. Both ties will be contested on Ken Rosewall Arena in Sydney. 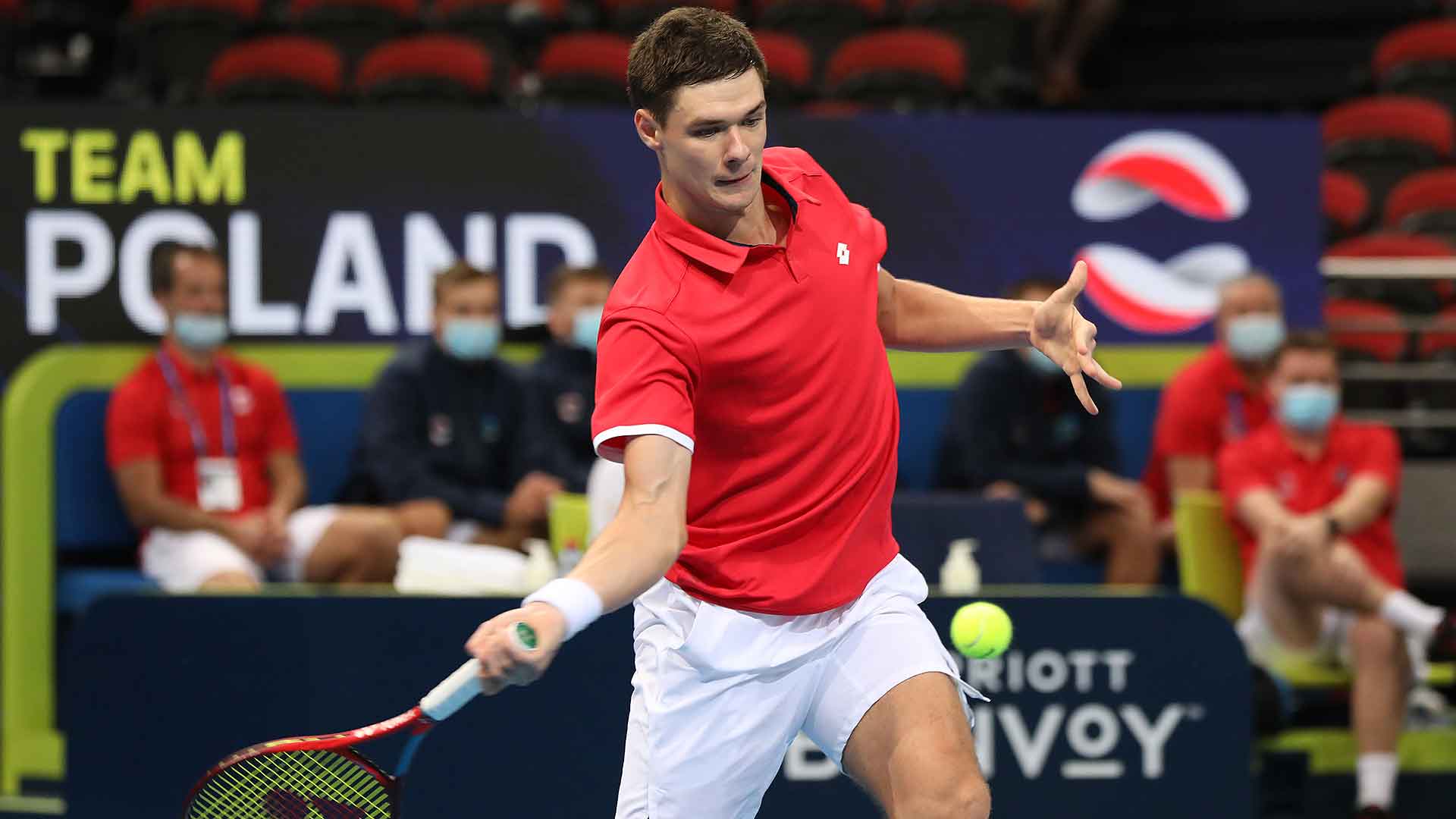 Majchrzak dominated to win eight of the first nine games, before Pervolarakis started to reap dividends by changing his court position to attack the short ball. The 25-year-old won three straight games for a 3-2 lead in the second set, but regularly found himself under pressure on deep groundstrokes out wide. Majchrzak held his nerve to make a crucial breakthrough with a forehand pass at 3-3 and didn’t look back.

"It's my first match of the year in these great conditions and it's an honour to represent my country," said Majchrzak. "When I can fight for my country, it gives me different emotions and feelings. It's great to deliver this first point for Poland today. I found my rhythm from the beginning of the match. I was very consistent and I am very happy with my performance. Even the gap at the beginning of the second set, where I led 2-0 and let him back in. That was a danger moment."

World No. 4 Tsitsipas admitted in early November, during the Rolex Paris Masters, that he had been experiencing pain for some time. He played one match at the Nitto ATP Finals in Turin, before withdrawing due to the same injury.

The ATP Cup format sees the No. 2 singles played first, followed by the No. 1 singles and doubles.