Twelve months ago, Matteo Berrettini was outside the Top 200 of the ATP Rankings and plotting his ascent on the ATP Challenger Tour. What a difference a year makes.

Coming off signature victories over fourth seed Andrey Rublev and former champion Feliciano Lopez, Berrettini is playing the best tennis of his young career in Gstaad. He saved both break points faced against Zopp, firing nine aces to book his spot in the championship. On Sunday, the Italian will face second seed Roberto Bautista Agut.

"I'm extremely happy," said Berrettini. "The conditions were different today after the rain. I managed to raise my level and was fighting hard during the whole match. I've been playing a lot of important matches lately - winning a round in Rome, my first match at a Slam and more. I'm feeling well and excited about the final tomorrow."

Persistent rain showers delayed the start of Saturday's first semi-final by more than three hours, before Berrettini and Zopp took to Roy Emerson Arena. The lone break of the match would come in the very first game, as the World No. 84 set the tone with an immediate break to love. He would not stumble from there, claiming the opener 6-4 and eventually securing his third match point.

It marked the second time Berrettini and Zopp have met this year, following the Italian's semi-final victory at the ATP Challenger Tour event in Bergamo, Italy, in February. He would go on to lift the trophy a day later and will hope history repeats itself on Sunday.

You May Also Like: Challenger Surge Sends Berrettini To Top 100 Debut

A promising unseeded finalist is deja vu for the Gstaad faithful, who witnessed Germany's Yannick Hanfmann stun the field en route to the title match last year (l. to Fognini). Now, it's Berrettini's turn. After breaking into the Top 100 of the ATP Rankings in May, he would streak to the third round at Roland Garros and earned his first Top 20 win against Jack Sock at Wimbledon just three weeks ago.

Moreover, at 22 years and three months, Berrettini claimed a slice of national history as the youngest Italian to reach an ATP World Tour final since 2003 (Volandri in Umag).

In the second semi-final, Bautista Agut showed the heart of a champion to book his spot in the title match. The Spaniard rallied from a set down to dismiss Serbia's Laslo Djere 6-7(5), 6-4, 6-4 in a marathon two hours and 41 minutes.

Bautista Agut reached his 15th ATP World Tour final in the fading sunlight, denying Djere's bid for a first final appearance. The second seed is a perfect 4-0 in championship clashes since 2016, most recently triumphing on the hard courts of Auckland and Dubai this year.

The run to the final carries added significance for the Spaniard, following the death of his mother in May. He is also competing in his first tournament in more than a month after suffering a groin injury in the Gerry Weber Open semi-finals. 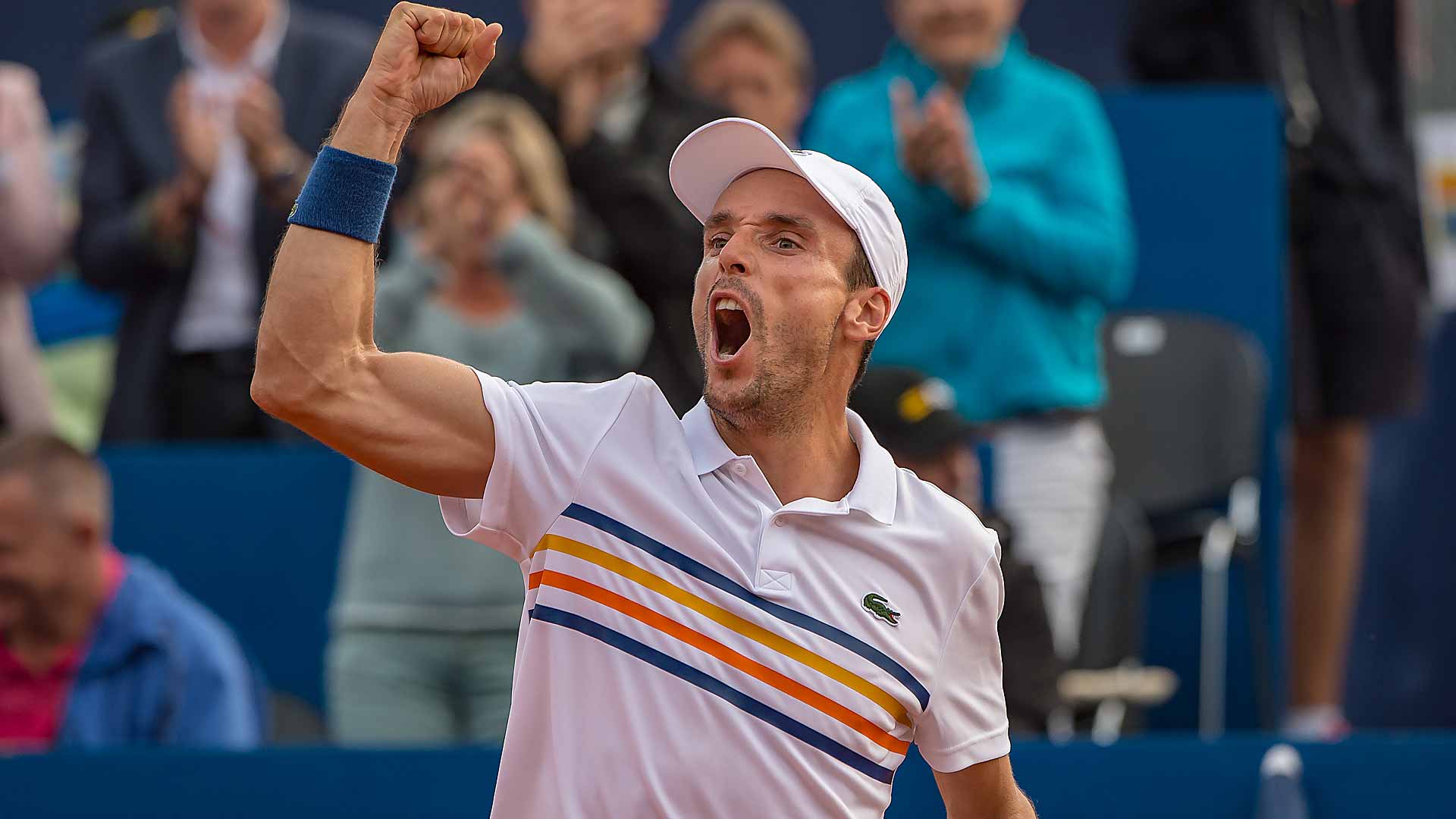 Molchanov/Zelenay Reach Doubles Final
Berrettini will look to lift a second trophy on Sunday in the doubles final, teaming with 40-year-old countryman Daniele Bracciali. They will face Denys Molchanov and Igor Zelenay.

The Ukrainian-Slovakian duo ousted second seeds Santiago Gonzalez and Joao Sousa 6-4, 6-4 to reach their first final together. Individually, Molchanov is appearing in his first tour-level doubles final, while Zelenay is into his fourth (0-3) and first since 2012.