Between 2003 and 2008, Roger Federer won 25 consecutive matches and five titles at the NOVENTI OPEN in Halle. Following a final loss to Lleyton Hewitt in 2010, the Swiss returned to the German ATP 500 in 2012 seeking his sixth title at the event.

For the seventh straight appearance, the Swiss advanced to the championship match after wins against Florian Mayer, Milos Raonic and Mikhail Youzhny. Standing between Federer and the trophy was home favourite Tommy Haas.

Like Federer, Haas had dropped just one set en route to the final to book a third Halle meeting against the five-time champion. The pair had previously met at the event in the 2005 and 2006 semi-finals, with Federer winning both matches en route to the trophy.

But, since then, Haas had enjoyed success of his own in Halle. In 2009, the former World No. 2 beat Top 10 stars Jo-Wilfried Tsonga and Novak Djokovic to claim his maiden ATP Tour title on grass.

Federer made the perfect start to the championship match, striking a cross-court forehand winner to break serve in the opening game. But Haas quickly responded and edged the opening set in a tie-break with a powerful serve to Federer’s backhand.

The second set was decided by one of the points of the tournament. Facing break point at 4-4, Federer moved up the court to take time away from his opponent. Haas responded with a pinpoint backhand lob, before Federer neutralised the rally with a high, no-look forehand.

After coming to the net for a second time, Federer was punished as Haas fired a cross-court backhand passing shot winner to break serve. Haas held his next service game to clinch his second Halle crown 7-6(5), 6-4 after one hour and 35 minutes.

“If someone had said before that I was going to beat Roger Federer, probably the best player of all time, I would have thought they were mad,” said Haas.

The following year, Federer gained his revenge in a third semi-final between the pair in Halle with a three-set win. The Swiss then secured a comeback victory against Youzhny to lift his sixth title at the event.

Haas made two further appearances in Halle in 2015 and 2017, suffering first-round defeats on both occasions. His 2017 loss to Bernard Tomic was the final grass-court match of his career on German soil.

After that match, Haas was greeted on court by his daughter, Valentina. Waving to the crowd, the two-time champion walked off the court for the final time with his daughter in his arms.

“Walking with Valentina in my arms is always special, but leaving the court this way for the last time is icing on the cake,” said Haas. 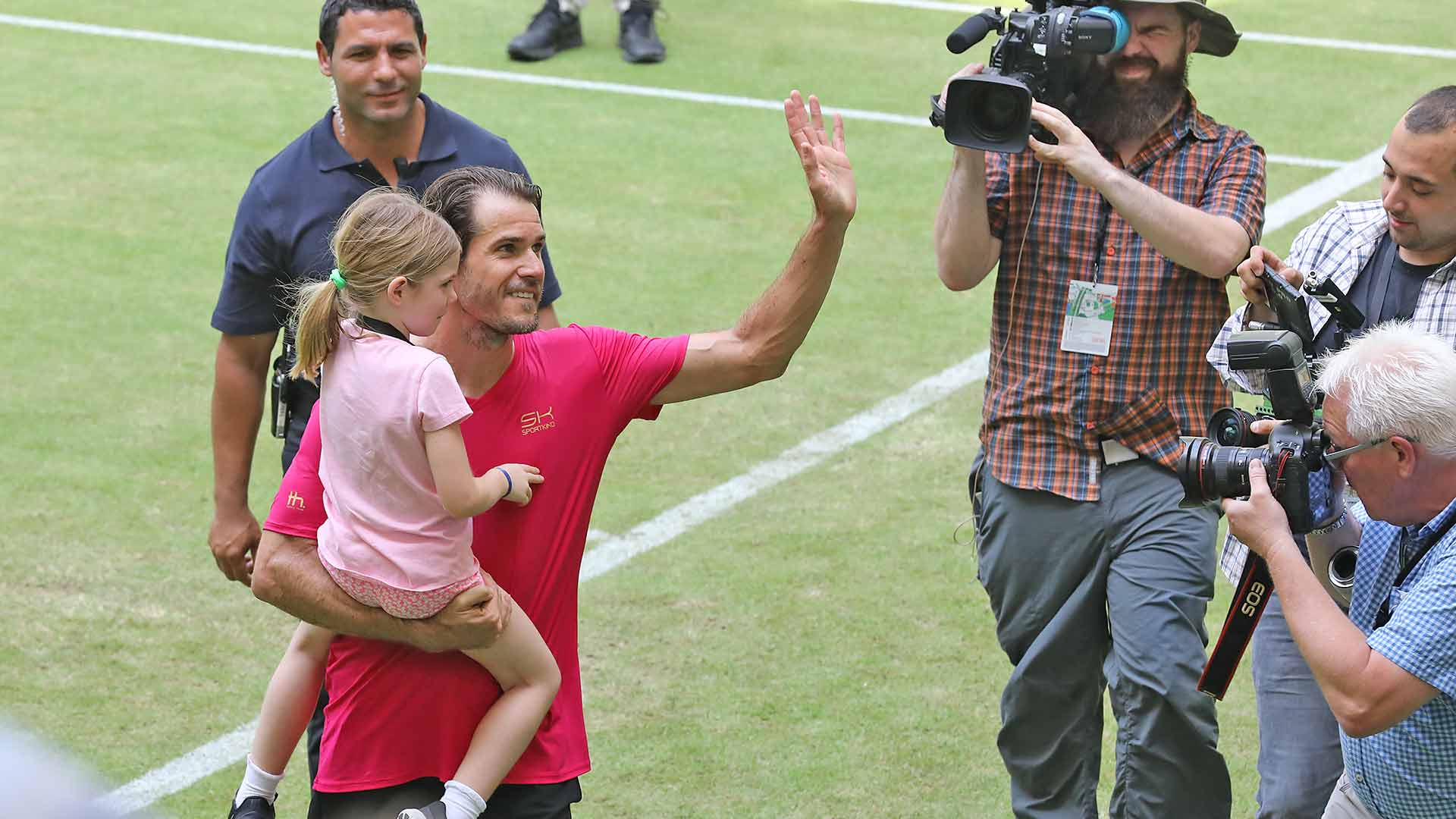