Robin Haase strikes a forehand as Matwe Middelkoop watches on in Tokyo on Thursday.

The 2018 ATP World Tour season has been a successful one for Robin Haase and Matwe Middelkoop on the doubles court. The Dutchmen have already won three titles, triumphing in Pune, Sofia and Umag. And they continued their pursuit of a fourth trophy this year on Thursday, beating qualifiers Fabrice Martin and Gilles Simon 7-6(5), 7-6(8) to reach the semi-finals of the Rakuten Japan Open Tennis Championships 2018.

“Somehow we fought back,” Middelkoop said. “We struggled, but we kept on going and we believed in the end game and somehow we won. That makes it fun.”

Martin and Simon led 5/3 in the first-set tie-break and held set point at 7/6 in the second-set tie-break, but the Frenchmen were unable to convert their leads. Instead, Haase and Middelkoop advanced in straight sets. Having plenty of fans cheering the quartet on made the win that much more fun.

“I don’t play for that big of a crowd in the first or second round normally, so I think it’s really positive that so many people watch tennis and watch doubles in particular,” Middelkoop said. “I think we all can celebrate doubles here and I think we created a really nice match for people to watch. I hope for tomorrow, and after that, more people will come, because I think it’s an interesting game and a lot of entertainment.”

“It’s nice. They love tennis, they respect the sport, they respect the players. They know when to clap when they maybe can clap louder or scream louder,” Haase said. “They know that when you hit a double fault, you maybe become a bit more quiet. Very respectful, and it’s really nice.”

In the next round, they will face Ben McLachlan and Jan-Lennard Struff, as the fourth seeds defeated Hyeon Chung and Matthew Ebden 6-4, 6-4.

Joe Salisbury, who partnered McLachlan to last week’s Shenzhen Open title, teamed with Yasutaka Uchiyama to oust No. 2 seeds Jamie Murray and Bruno Soares 7-6(4), 4-6, 10-3. Murray and Soares entered the week as the No. 5 team in the ATP Doubles Race To London. 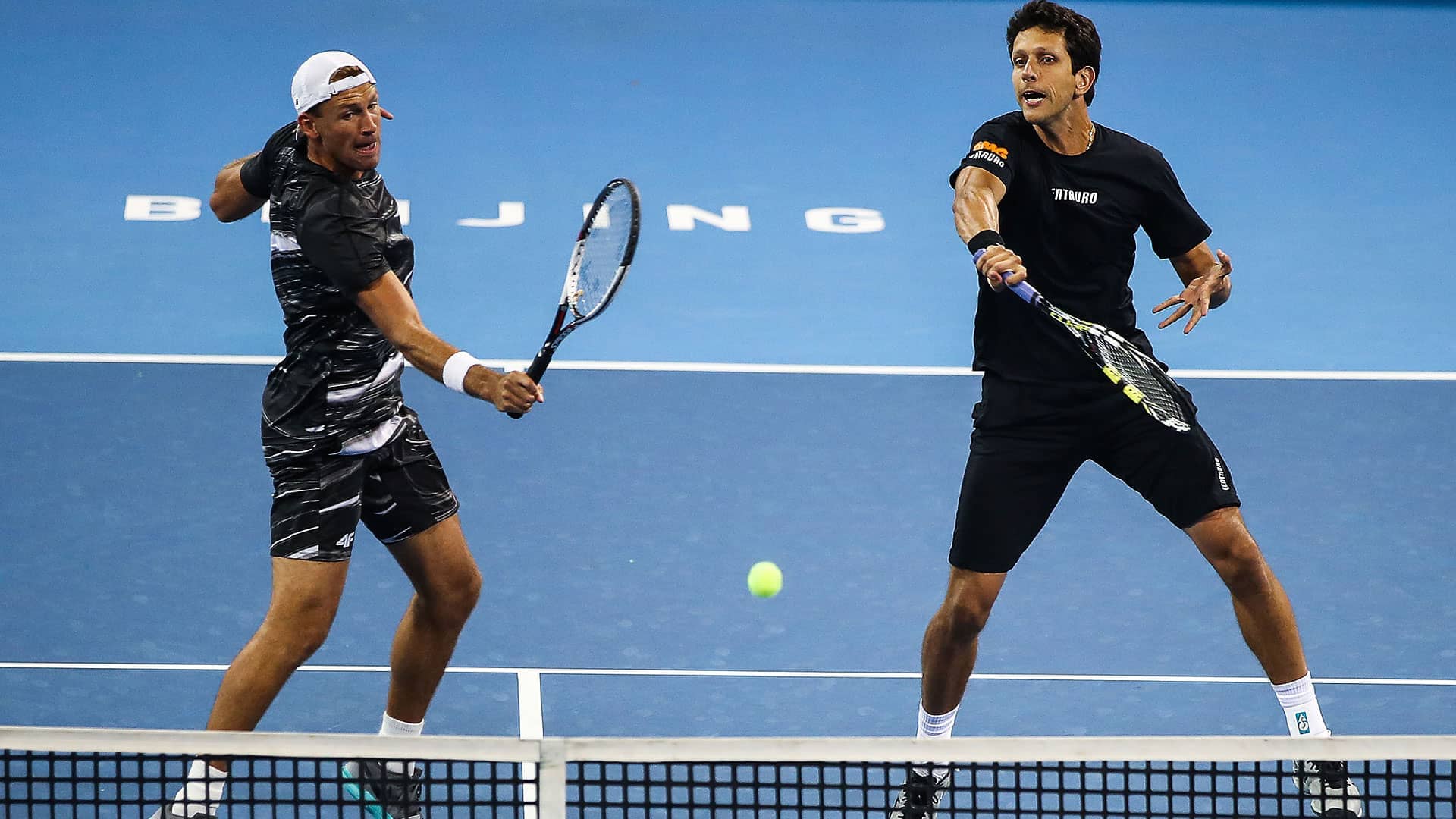