Leonardo Mayer's reign at the Am Rothenbaum continues. The 'King of Hamburg' battled into his third final in five years, saving a match point to dismiss Jozef Kovalik 6-7(6), 6-4, 7-6(7) on Saturday.

Mayer survived an offensive onslaught from the Slovakian qualifier to extend his stay at the German Tennis Championships 2018 presented by Kampmann. The Argentine needed two hours and 51 minutes to overcome Kovalik, firing 42 winners, including 28 off his forehand wing.

Two-time champion Mayer has struggled in recent months, earning just two wins from nine matches entering the week, but he has once again discovered his top form on the clay of the ATP World Tour 500 event. Mayer, whose two tour-level titles have come in Hamburg, defeating David Ferrer in 2014 and Florian Mayer last year, will look to lift the trophy once again on Sunday. He faces Nikoloz Basilashvili.

The 31-year-old scored another impressive three-set win, after edging second seed Diego Schwartzman on Friday. On a sunkissed afternoon in the German metropolis, he was forced to rally from an early deficit against Kovalik. The Slovakian snatched the opening set in a tie-break, but Mayer was up to the task, forcing a decider behind an immediate break to open the second.

That would be the only break of the match, as neither player could penetrate the opponent's serve in the third set. With a spot in the championship on the line, an exuberant Kovalik would earn a quick mini-break in the ensuing tie-break and held a match point at 6/5. But a deep return by Mayer forced Kovalik to net a forehand. Five points later, the Argentine raised his arms in triumph, lunging to put away a volley winner to secure the victory.

Mayer improved to 15-2 in five appearances in Hamburg. Last year, he triumphed as a lucky loser with an ATP Ranking at No. 138. Now, the World No. 36 is into his fifth ATP World Tour final and first of 2018.

Kovalik, meanwhile, concludes a career week on the ATP World Tour, reaching his first 500-level semi-final. The 25-year-old is thriving on the clay in recent months and is projected to break into the Top 100 for the first time. After qualifying at Roland Garros, he claimed his third ATP Challenger Tour title in Poprad, Slovakia, and reached the final at the prestigious Sparkassen Open in Braunschweig, Germany, earlier this month.

In Saturday's second semi-final, Basilashvili won a rollercoaster affair against Nicolas Jarry, surviving 7-5, 0-6, 6-1. He prevailed after one hour and 36 minutes, with a two-hour rain delay halting play midway through the first set. 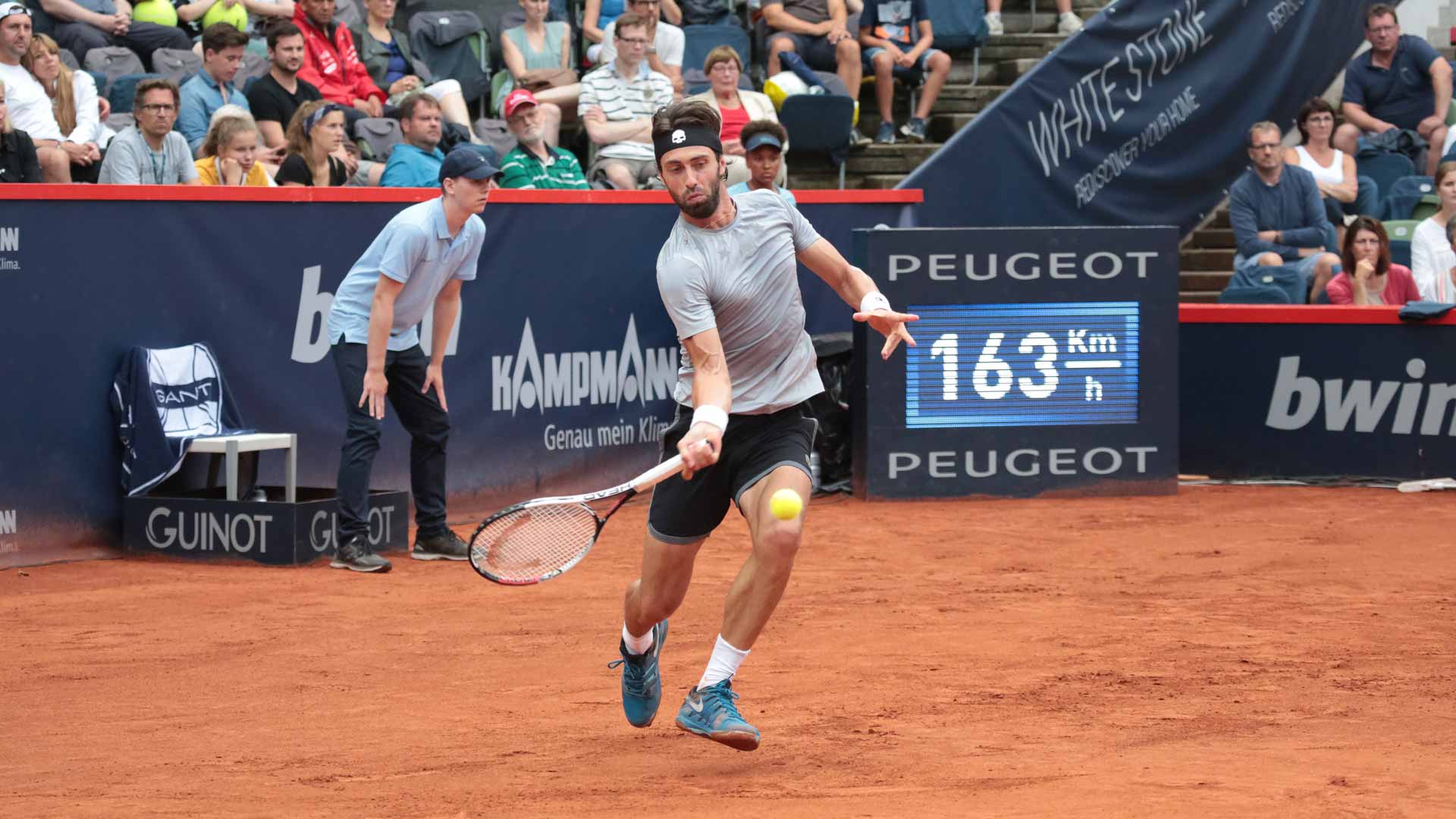 The 26-year-old was on the ropes after being bageled in the second set, but he would right the ship in the decider, dropping just five service points to reel off six of the last seven games. Basilashvili earns a spot in his third ATP World Tour final with the win. He has reached a title match in three consecutive years, previously finishing runner-up to Paolo Lorenzi in Kitzbuhel in 2016 and to Ryan Harrison in Memphis last year.

The first player representing the nation of Georgia to reach a tour-level final, Basilashvili will look to go one step further when he faces Mayer for the first time. Regardless of the result, he is projected to crack the Top 50 of the ATP Rankings on Monday.

The Chilean-Argentine pair will feature in their ninth ATP World Tour final as a team and first at the 500-level or above. Last week, they lifted the trophy at the SkiStar Swedish Open in Bastad.