Lloyd Harris is the No. 1 South African in the FedEx ATP Rankings.

Andrew Eichenholz
This article contains:
Harris broke into the Top 100 of the ATP Rankings two weeks ago

When Lloyd Harris was 14 years old, he played tennis just two days a week. The teenager knew that tennis was his best sport. But back home in South Africa, he played rugby and cricket, competed in athletics and more.

“I was doing everything. I was one of those guys,” Harris said. “I enjoyed a lot of other sports too and i think the reason I didn’t play [tennis] as much as my parents wanted me to enjoy it, have fun and learn skills from all different sports.”

Less than a decade later, Harris is inside the Top 100 of the ATP Rankings. On 11 February, the 21-year-old became the second active South African in the elite group, joining World No. 5 Kevin Anderson. The last time two South Africans were inside the Top 100 was nearly 15 years ago, during the week of 23 February 2004 (Moodie & Ferreira).

“I was extremely happy when I reached that Top 100 spot just because I think that’s one of the biggest benchmarks as an ATP player,” Harris said. “You take a lot of pride in that and I really enjoyed it. Now I’m looking to build on that and it’s settling in... it’s about progressing up the ATP Rankings even more.”

It’s not that long ago that Harris did not think this was possible. When he first began working with coach Anthony Harris (unrelated) five or six years ago, the older Harris tried to give his charge belief.

“Wow, you really have the potential to become a Top 100 ATP Tour player,” the coach said.

“I was like, ‘Yeah, sure.’ I only played tennis like twice a week. He kept on believing in me and each year as I got better he kept on telling me, ‘Listen. you’re going to become a Top 100 player, it’s just about when you’re going to do it. That’s the big question for me’,” Harris remembered. “I didn’t always believe it, but I’d say in the past year or so it obviously became more realistic, me improving a lot, getting some better results. And as I crawled closer, I think it started to sink in that I was going to break into the Top 100.”

This week last year, Harris was No. 297 in the ATP Rankings. But he has since won his first three ATP Challenger Tour titles to significantly improve his standing. Harris served as an alternate at last year’s Next Gen ATP Finals.

“The media was going pretty crazy about it in South Africa since it was the first time in 15 years we had two players in the Top 100,” Harris said of his recent breakthrough.

“I think it’s amazing. Obviously Kevin is our stalwart and he’s doing great and he’s grounded and everything. But we always have to look for the new generation of kids coming in. It’s always important to have somebody doing well to inspire the younger generations,” said Ferreira, who cracked the world’s Top 10 in singles and doubles. “Lloyd is very, very good. He’s a great kid, a good tennis player and I think he’s going to be very good.”

Ferreira, who was in Delray Beach for an ATP Champions Tour event, is staying to advise Harris, and he will remain with the 21-year-old for a trial period over the next few weeks. While it’s only been a couple of days, Harris is already soaking in everything he can. 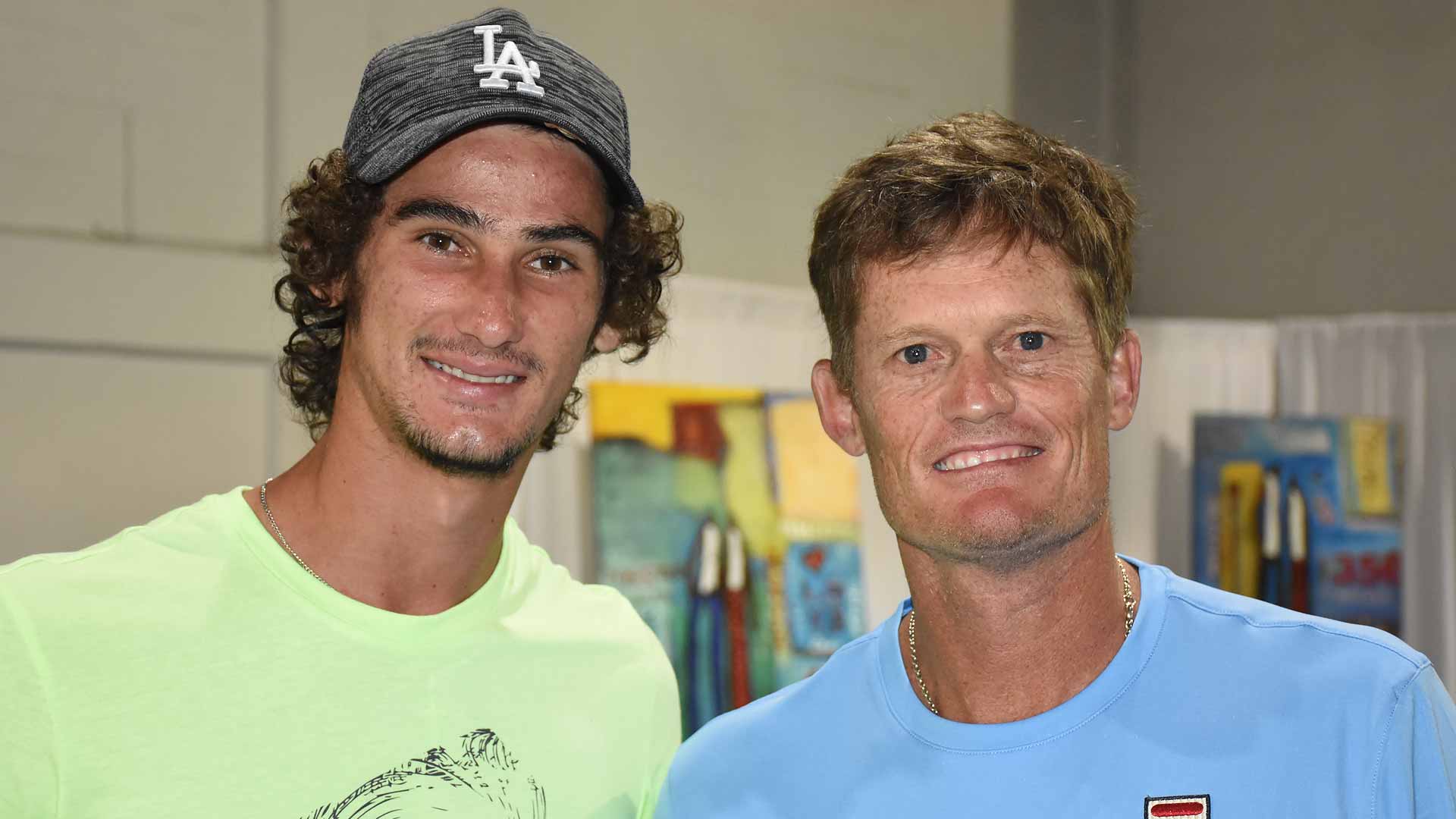 “He’s incredible. The things he reached in tennis, the amount tournaments he won. He was one of the best players ever from South Africa and I think I’ve been learning a lot from him the couple of days he’s been around,” Harris said. “He’s a really nice guy and it’s also nice that he’s a fellow South African. I think he can give me a lot of good advice and small mental tips, small tennis tips that can really help me a lot.”

While Anderson is flying the South African flag near the top of the ATP Rankings, Harris is on his way up. The Cape Town native has only played 20 tour-level matches thus far, but he has plenty of time to make an impact. He only began to fully focus on tennis six years ago, after all.

“In tennis eyes he’s still quite young. He’s only just really started off. I see a long future for him,” Ferreira said. “He’s structured body-wise very well. He’s a strong boy. He has strong, powerful legs, a lean body. He’s got a good tennis body that I think will last him physically for a long time. I think he has a good enough game to do well. He’s got a lot of power in his game, a lot of variation in it, so I think he’s got the type of ability that he’s going to be on the [ATP] Tour for a very long time and be very successful.”