Getting The Band Back Together: Mahut/Herbert To Continue Reunion Tour

ATP Staff
This article contains:
Frenchmen open up after prevailing at the Nitto ATP Finals

After squandering a championship point in last year’s Nitto ATP Finals, the pure joy on the faces of Pierre-Hugues Herbert and Nicolas Mahut was palpable as they walked off centre court at The O2 as champions in London.

Friends and family gathered in the locker room and waited for the Frenchmen to arrive. The vast entourage surpassed the number of champagne glasses available for everyone. When Herbert and Mahut entered, the group cheered in unison as the champions raised their fists in triumph. 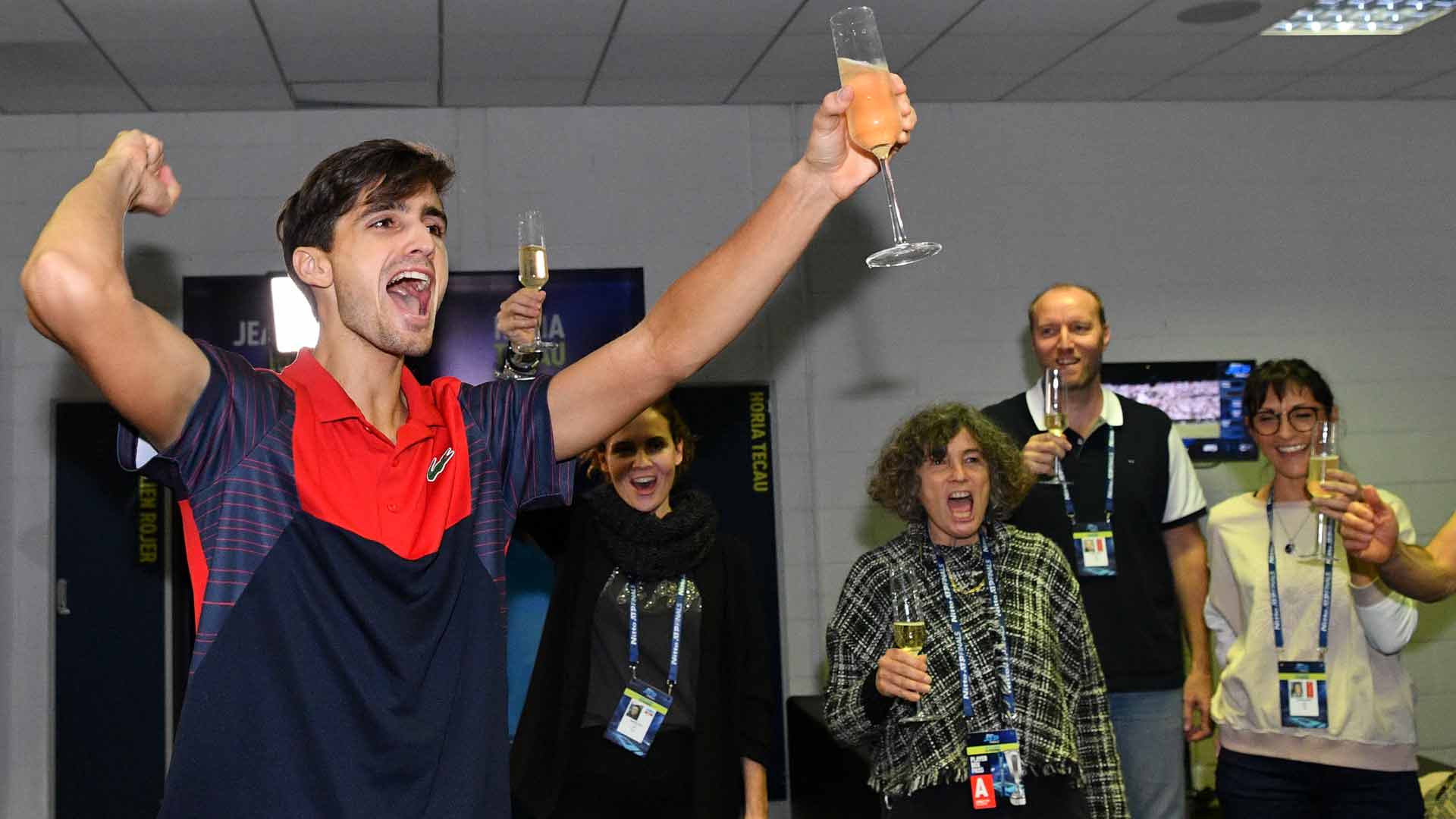 Mahut leapt into the arms of his coach and Herbert kissed his fiancée, Julia. The champagne flowed freely as they gave toasts thanking their loved one for supporting them throughout the year, with each speech earning a rousing reception. Having suffered painful defeats in each of their past three appearances at The O2, they were eager to make the most of their celebration.

“We’ve been through a lot of emotions on this court. The first three years were catastrophic,” said Herbert. “Last year, one point was missing. Now we’ve managed to win it, so it’s just amazing.”

Prevailing at the season finale was particularly meaningful because it wasn’t a guarantee that the Frenchmen would be back. After winning the Australian Open in January (d. Kontinen/Peers) and becoming the eighth men’s doubles team to complete the career Grand Slam, Herbert shifted his focus to singles. They only teamed up five more times leading into the Rolex Paris Masters in October, posting a 4-5 record.

But after Roland Garros champions Kevin Krawietz and Andreas Mies clinched their spot in the season-ending championships, Herbert and Mahut qualified in accordance to the Grand Slam rule. Buoyed by earning their fifth successive appearance at The O2, the Frenchmen found their groove and took the title in Paris without dropping a set (d. Khachanov/Rublev).

They matched that effort in London by winning another five matches without dropping a set, becoming the first team to achieve the feat since Jean-Julien Rojer and Horia Tecau in 2015.

“It’s an amazing feeling. Last year was a little bit painful,” Mahut admitted. “The first goal was to qualify and the second goal was to go through to the end. We played an amazing week and the final was our best match.

”It’s a privilege. We had a tough year, but we came back stronger, so it’s a nice way to finish the season.”

Herbert vowed that their end-of-season reunion wasn’t a mere nostalgia moment. The Frenchmen will team up again next season and already have an eye on defending their title at The O2.