Top seeds and defending champions Pierre-Hugues Herbert and Nicolas Mahut lost in the Australian Open first round on Friday.

The Italian/French pair knocked out Herbert and Mahut, who completed the career Grand Slam at Melbourne Park 12 months ago, 6-4, 7-6(3) in 78 minutes for a place in the second round against Belgians Sander Gille and Joran Vliegen.

Bolelli and Paire led by a set and 3-1 before Herbert and Mahut won five of the next seven games to take a 6-5 lead in the second set. Bolelli and Paire won the first five points in the tie-break against a team who ended the 2019 season with trophies at the Rolex Paris Masters (d. Khachanov/Rublev) and Nitto ATP Finals (d. Klaasen/Venus).

Second seeds Lukasz Kubot and Marcelo Melo, with a 13-10 record in tour-level finals, opened their campaigns with a comprehensive 6-3, 6-2 victory against Argentines Guillermo Duran/Diego Schwartzman in 60 minutes. Kubot won the 2014 title with Robert Lindstedt. The Polish/Brazilian team will next face Santiago Gonzalez and Ken Skupski. 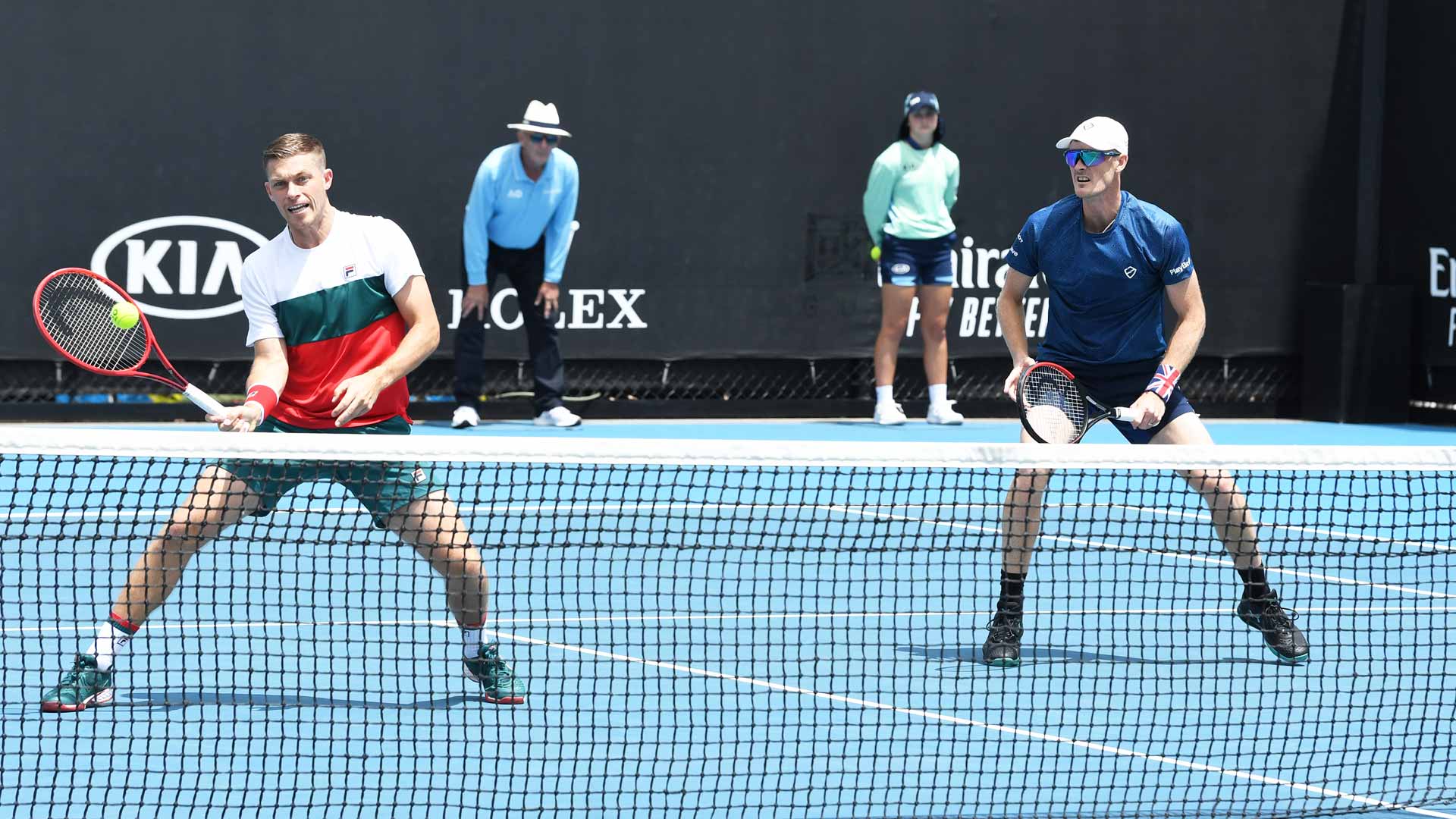 Jamie Murray and Neal Skupski kicked off their Australian Open campaign in style on Friday. The No. 14 seeds navigated a tricky first-round test against Hubert Hurkacz/Vasek Pospisil to prevail 6-4, 6-4. Murray looks for a second crown at this event after prevailing in 2016 (w/Soares).

You May Also Like: Aussie Assault: Dominant Duo Purcell, Saville Take Aim At 2020

Marcelo Arevalo/Jonny O'Mara saved two match points to score a second-round victory over No. 12 seeds Jurgen Melzer/Edouard Roger-Vasselin 5-7, 7-5, 7-6(11). Arevalo/O'Mara fought back from 3-5 in the second set, then saved match points at 8/9 and 10/11 before advancing in two hours and 32 minutes.