Frenchman Pierre-Hugues Herbert reaches the second round at Roland Garros for the third consecutive year.

Pierre-Hugues Herbert fell to the ground in celebration at Roland Garros on Monday afternoon following the biggest win of his career at a Grand Slam championship.

“It was one of the best, for sure,” said Herbert. “Maybe, emotion-wise, maybe the best, yes. The atmosphere was incredible… The crowd was incredible, [a] very precious help. I used the crowd. They pushed me in difficult moments. When you're two sets down, it's very difficult. It's in part thanks to the crowd that I was able to win today.”

Herbert recovered from 0-2 down in the deciding set and broke Medvedev, a winner of 25 of his 36 matches this year, in the penultimate game en route to his seventh tour-level victory against a player in the Top 20 of the ATP Rankings (7-24 lifetime).

On Sunday, his long-time doubles partner, Nicolas Mahut, with whom he captured the Roland Garros doubles title in 2018, also fought back from 0-2 sets down to beat Italy No. 16 seed Marco Cecchinato. Read Report & Watch Highlights

You May Also Like: Mahut: From Giving Back His Roland Garros WC To Earning 'By Far His Best Victory'

The 28-year-old Herbert, who is focusing more on singles competition and rising up the ATP Rankings in 2019, will now face fellow Frenchman Benoit Paire, the Open Parc Auvergne-Rhone-Alpes Lyon champion (d. Auger-Aliassime) on Saturday, who beat Marius Copil of Romania 6-4, 6-7(5), 6-0, 6-1 in two hours and 18 minutes.

“I had to be able to remain focused after this final,” said Paire, who struck 53 winners, including 12 aces, past Copil. “I'm happy I was able to do it. I didn't play a high-level or exceptional level today, but the aim was to win, and I did it. In the third and fourth [sets] I played better.” 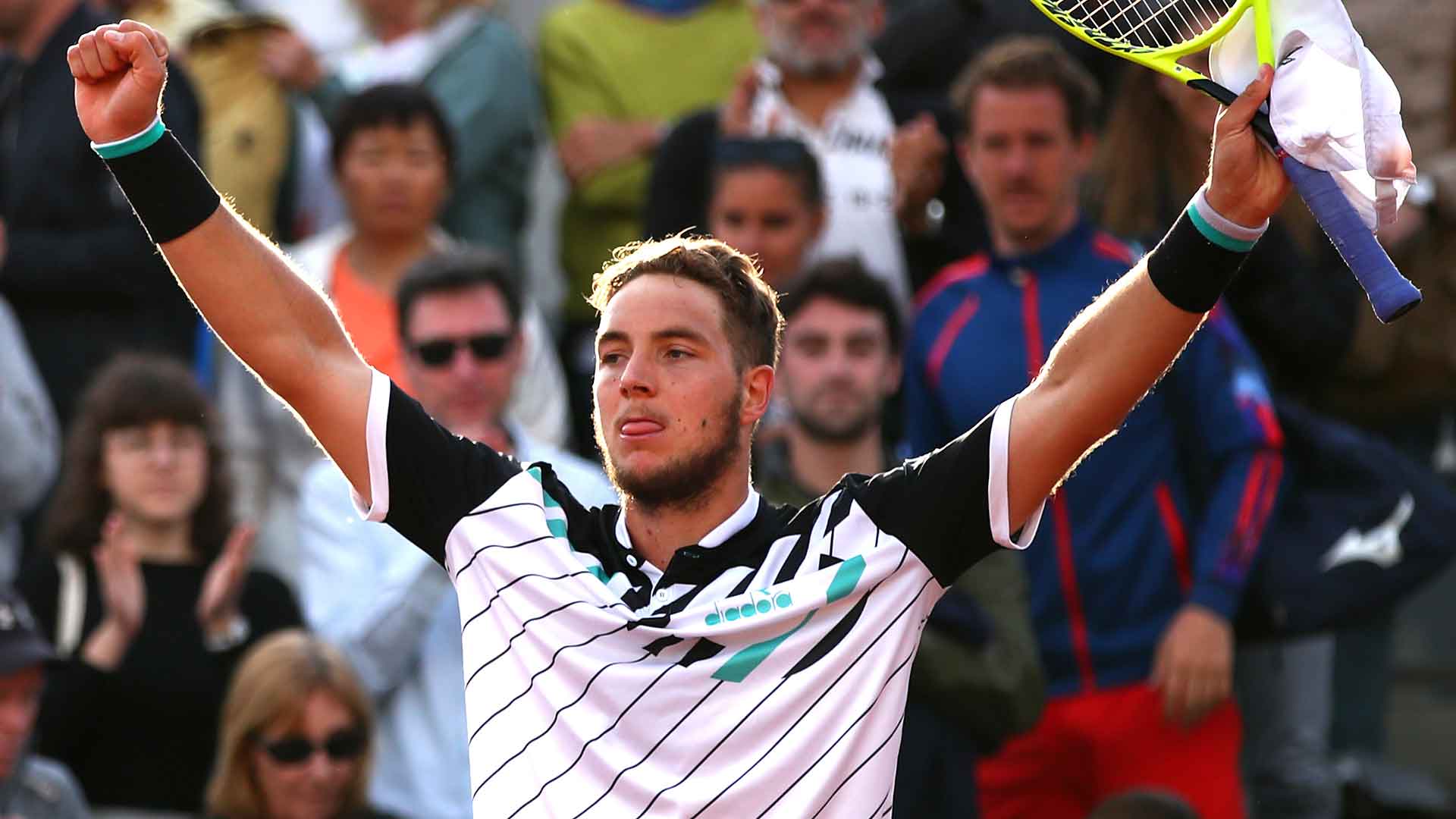 Elsewhere, Germany’s Jan-Lennard Struff’s service consistency proved to be the difference in a 7-6(1), 6-3, 6-4 win over Denis Shapovalov of Canada in two hours and 10 minutes. Shapovalov led 3-0 in the first set, but Struff recovered for a second-round meeting against Moldovan Radu Albot, the Delray Beach Open by VITACOST.com titlist, who defeated Tennys Sandgren of the United States 7-6(3), 7-6(1), 3-6, 6-1.

“I’m very happy. Denis is such a good player and a good guy. I didn’t expect to get it done in three sets,” said Struff. “He played so good in the beginning, but I managed to stay in the games. It was pretty tough to come back, but I was able to break his rhythm.

“I think [Albot] is a very tough match. I have a very high opinion of him. He’s a fighter and it’s going to be a big battle, so I’ll need to play well to beat him."

Shapovalov suffered his first opening-round defeat at a major since his Grand Slam main draw debut at Wimbledon in 2017.

"It definitely didn't feel great losing. But I mean, it was one of those days. He played really on. I had a good start. Had a chance to go up two breaks. Didn't take it. And he really raised his game," Shapovalov said. "I think I did everything I could today. I was fighting, but he was really picking his spots, especially in the big points. He came up with some crazy shots. So credit to him. He played a great match today."