The New York Open, an ATP 250 event, is off to a fast start on Long Island in just its second edition after moving from Memphis. Last year, Kevin Anderson won the inaugural tournament and went on to qualify for the Nitto ATP Finals for the first time. John Isner, who also competed at NYCB LIVE, home of the Nassau Veterans Memorial Coliseum, in 2018, is the top seed.

But before the New York Open, the last time an ATP Tour event took place in New York was in 2004. Former World No. 1 Lleyton Hewitt took the title that year, one of 30 tour-level trophies he lifted in his career.

“It’s been a while,” Hewitt said, cracking a smile. “It was a nice tournament, actually. I really enjoyed playing the week before the US Open.”

Hewitt last played a singles match at the 2016 Australian Open. But the Australian legend was back at a New York ATP Tour event this week, battling in the doubles draw with Alexei Popyrin, his #NextGenATP compatriot.

“I’m lucky I could still go out there and compete reasonably well on the doubles court. It’s easier on your body and covering half the court. For me, to play with the young Australians is exciting,” Hewitt said. “I get to know them a little bit better as well and [see] how they handle different situations. A. Davis Cup captain, it’s a thrill to play with these younger guys.” 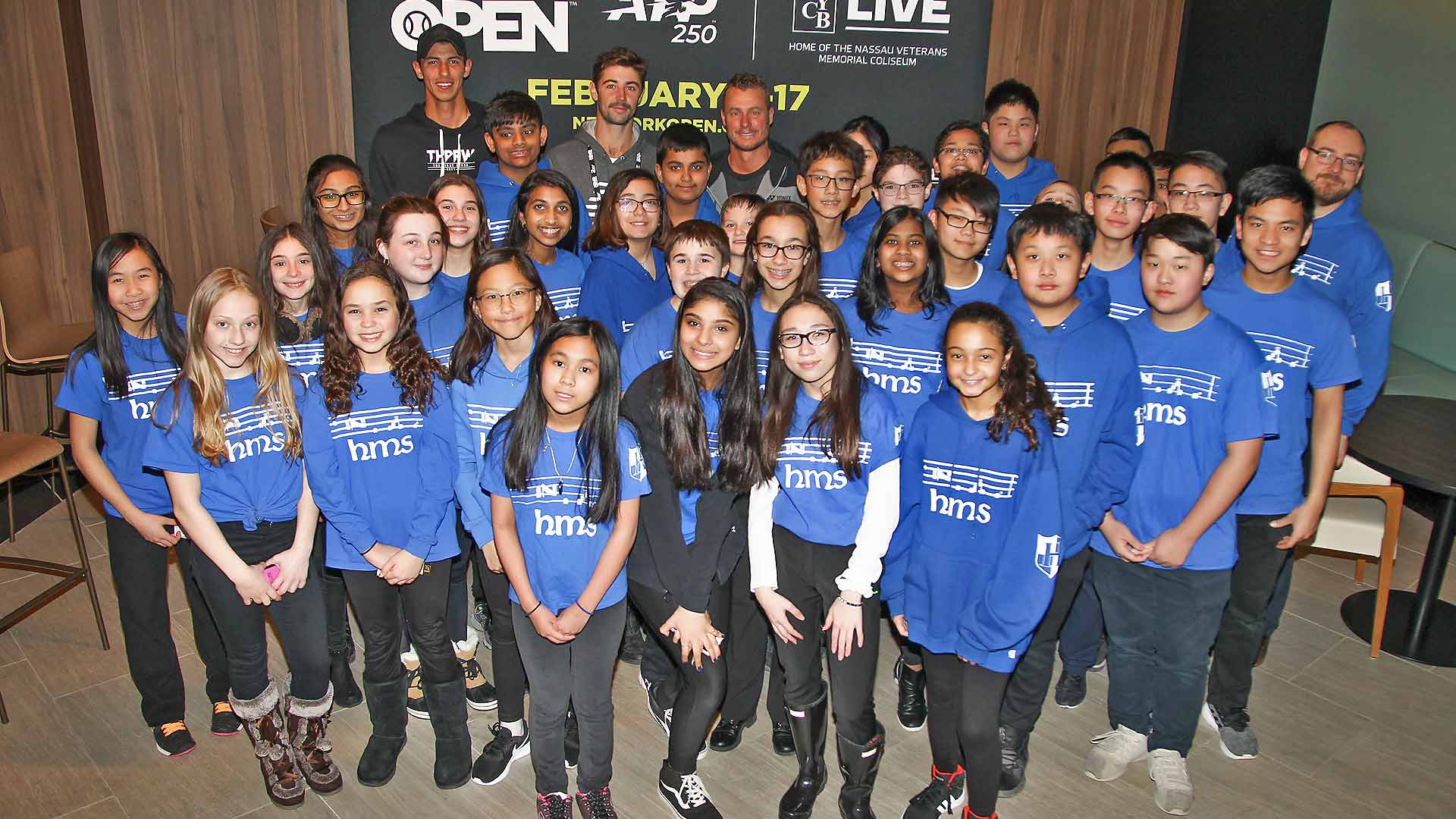 While the wild cards lost in the first round against Robert Lindstedt and Tim Puetz, Hewitt enjoyed the opportunity to compete in the state where he earned a singles crown 15 years ago. He also gave back to the community. Hewitt, Popyrin and Jordan Thompson, who is a singles quarter-finalist, spent time with students from Herricks Middle School, giving them an opportunity to mingle with some of the best players in the world. Those children were not born when Hewitt triumphed on Long Island.

“It’s good to have these events, obviously in a great stadium as well. It’s enjoyable for the players,” Hewitt said. “I really like it. It’s been great. I think all the players feel really comfortable here.”

Hewitt and company even got a special treat on Tuesday. While it doesn’t typically snow in Australia, it did on Long Island.

“Obviously can’t do much about the weather,” Hewitt said, laughing. “It was nice to see some snow yesterday.”