Philipp Oswald and Max Mirnyi celebrate their doubles title in Houston with the traditional pool dive.

Sealed With A Splash: Mirnyi/Oswald Triumph In Houston

There is no stopping Max Mirnyi, even at the age of 40. 'The Beast' captured his 52nd tour-level doubles title on Saturday evening at the Fayez Sarofim & Co. U.S. Men’s Clay Court Championship, teaming with Philipp Oswald.

The Belarusian-Austrian duo rallied past Andre Begemann and Antonio Sancic 6-7(2), 6-4, 11/9 under the lights at the River Oaks Country Club. They captured their third team title and second of the year, having emerged with the trophy on the indoor hard courts of New York in February.

"I'm definitely coming to the end of my career and I hope I have another go here next year," said Mirnyi. "It's my first title in Houston after all these years. I want to thank my partner Philipp after coming from Davis Cup in Russia last week and fighting through jet lag and different weather conditions. And I also want to thank my daughter, manager and coach Petra. She's done a great job this week." 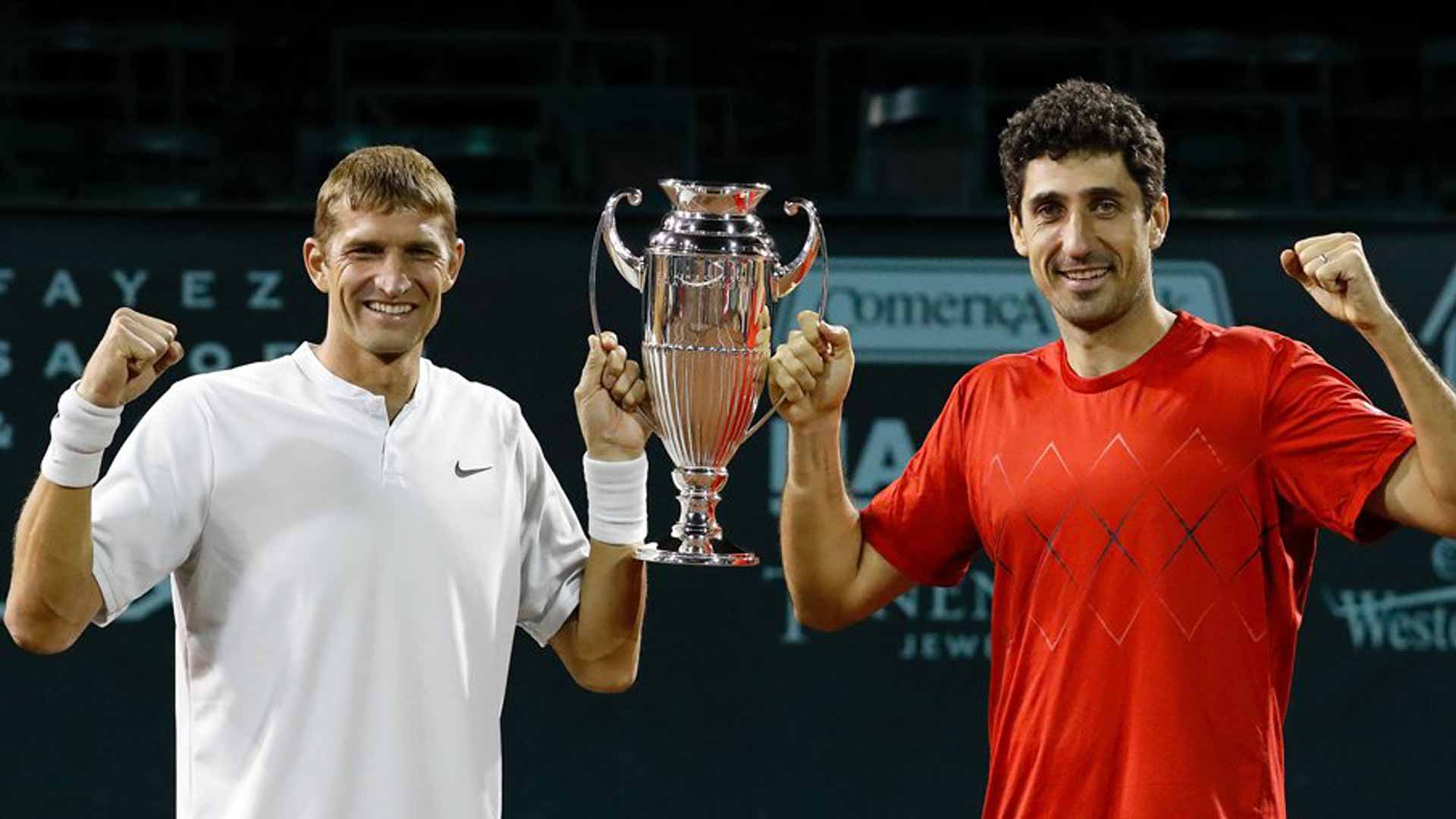 Mirnyi and Oswald needed two match points to prevail after one hour and 36 minutes, surviving a close championship clash. They improved to 20-7 together, taking their third consecutive Match Tie-break after securing a comeback win over Scott Lipsky and Tennys Sandgren and tight affair over six-time winners Bob Bryan and Mike Bryan in the semis.

"It's a really nice club here in Houston," said Oswald. "It's my second year here and just a special place to play."

You May Also Like: All-American Final Set In Houston

Meanwhile, Begemann and Sancic were competing together for the first time this week. The German fell to 4-6 in ATP World Tour finals, while Sancic drops to 0-3.