Hubert Hurkacz is set to make his Top 200 debut in the ATP Rankings.

Josh Meiseles
This article contains:
21-year-old Pole will crack the Top 200 for the first time

(1) Hubert Hurkacz is Poland's surging #NextGenATP hope
Projected to rise to a career-high in the Top 200 of the ATP Rankings on Monday, Hurkacz, who turned 21 last month, will be the youngest Polish player to do so since Jerzy Janowicz in 2011. A semi-finalist at this week's ATP Challenger Tour event in Shenzhen, China, he also appeared in his second final last week in Zhuhai.

"In October, I was around the Top 400, so I was trying to move up the ATP Rankings. I played five tournaments in a row and did really well, reaching two quarter-finals and my first final. I'm happy that that put me in the qualies of the Australian Open. This helped me a lot mentally to start believing that I could win those tournaments.

"Now, it's the beginning of the new season and while a couple of tournaments didn't go the way I wanted, I think I've improved my game a lot since last autumn. If I continue to play like this, I know I can win these Challenger tournaments."

(2) The 21-year-old has lofty ambitions
Hurkacz is projected to rise to 10th in the ATP Race To Milan and a career-high of No. 177 in the ATP Rankings following his semi-final run in Shenzhen. But the Pole isn't satisfied with making his Top 200 debut. He is aiming much higher.

"No, Top 200 was not a goal of mine. I want to be Top 50 this year. It's still far away, but you never know. I just want to play good and improve my game. Hopefully I will win some tournaments and move up. I want to join those other [#NextGenATP] guys in the Top 100 and play there for the rest of my career. For now, it would be nice to play in Milan this year.

"It would be very nice to help tennis grow in Poland, so that many younger players will compete at the ATP level in the future. Of course, there are many younger guys who play well and I hope that when they are finished playing junior tournaments they will come here to the Challenger level and even higher."

(3) He likes to go big with his forehand, but takes pride in his mental strength
Hurkacz admits that his biggest weapon is his forehand, saying that he loves to use it to open the court and make his opponents run. However, after recently teaming up with coach Pawel Stadniczenko, he points to his newfound confidence and mental toughness as arguably his most potent asset.

"I've been with Pawel for just a half a year, but he has helped me a lot and I'm very thankful to him. He has especially helped me mentally, to stay positive. That was the biggest change. To be more solid during the matches and not having as many ups and downs. I'm competing at a higher level and am now able to win against better opponents. It's good."

(4) Fast cars and a good book - Hubert's passions extend beyond the court
From the exhilaration of watching a car race to the tranquility of curling up with a good book, Hurkacz's passions hit both ends of the spectrum.

"I'm really passionate about cars. It's my hobby and I really like them. I love to drive. And I like to go to the racing circuit and watch them, when I have time. I also like reading books. It's relaxing for me. Sometimes I read books that help me on the court with the mental side." 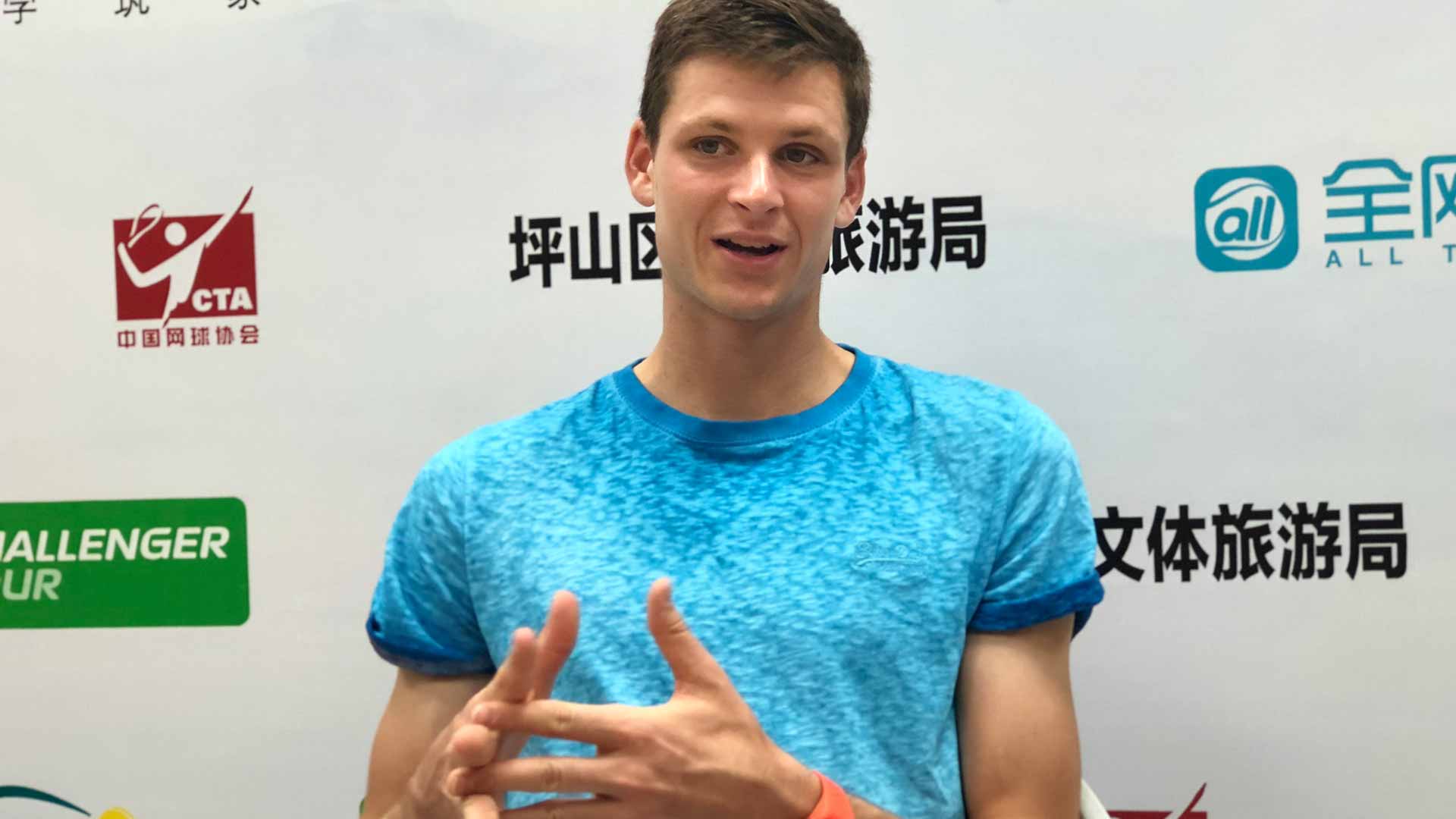 (5) Hubert trained with Lucas Pouille in Dubai
It's something that any player in the beginning stages of his pro journey would covet. In the offseason, Hurkacz traveled to Dubai to train with the World No. 12, gaining valuable experience in preparation for his 2018 campaign. With few chances to spar with a superstar like Pouille in his native Poland, it was a significant opportunity.

"I have been training mostly in Poland but last year Lucas Pouille invited me to come to Dubai and that was a great experience. We've been hitting ever since we met in Florida. We were there practising and then later on he asked me to come to Dubai. I was very happy with that and it helped me a lot."