Hubert Hurkacz controlled backhand-to-backhand rallies to great effect in his victory against Jannik Sinner in the Miami final.

How Hurkacz Stuck Sinner In The "Backhand Cage"

One hour. One groundstroke winner. One new trophy for the mantlepiece.

Hubert Hurkacz defeated Jannik Sinner 7-6(4), 6-4 in the Miami Open final on Sunday with a clever neutralising strategy focussed on locking the young Italian in the “backhand cage” and throwing away the key. Hurkacz claimed his maiden ATP Masters 1000 title by putting a mesmerising amount of balls in the court and letting Sinner swing for the fences and miss.

Absorb. Repel. Defend. Counter. Straight out of a Rocky movie.

The match was 56 minutes old when Hurkacz hit his first groundstroke winner to bring up set point in the first set. It was a Serve +1 forehand winner struck at the service line from a weak return of serve. It was an outlier. Hurkacz would finish the match with 10 rally winners while hardly going for any. Ironically, Sinner finished with 12 rally winners while trying to light it up on almost every point.

Hurkacz’s primary strategy was to play as much backhand-to-backhand tennis as possible through the Ad court. The following Hawk-Eye graphics clearly show the engine room of Hurkacz’s victory. 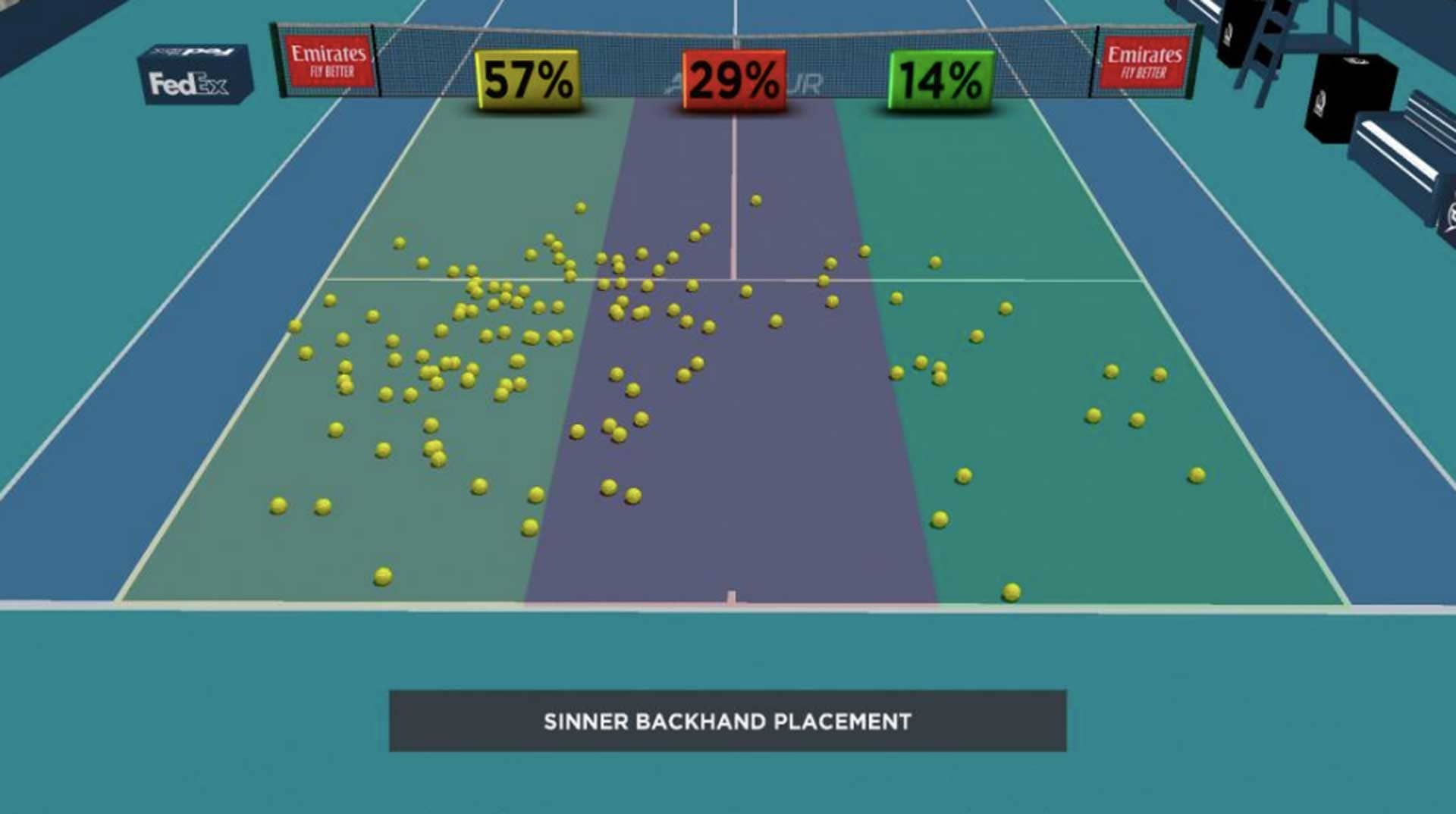 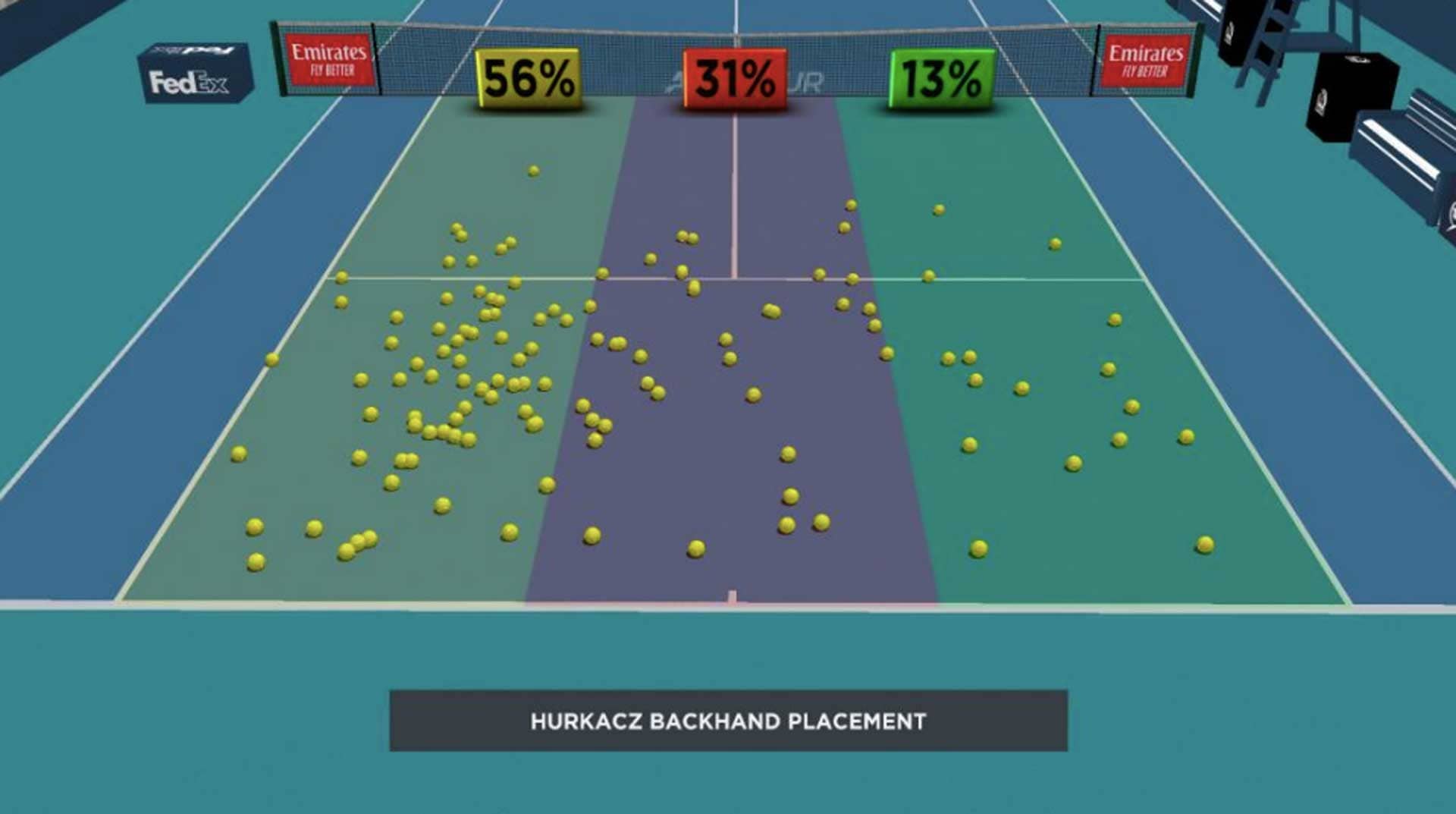 Hurkacz hit 56 per cent of his rally backhands crosscourt to the outer third of the court. Sinner hit 57 per cent back crosscourt, making backhand-to-backhand exchanges through the Ad court the dominant rally direction for the match. Hurkacz had very little interest going backhand line to Sinner’s potent forehand, only hitting 13 per cent of his backhands to this specific location.

In many ways, Hurkacz’s four-part strategy was a throwback to how matches traditionally unfolded in our sport.

Part 1 - Target the opponent’s backhand with a barrage of groundstrokes. Make it “overheat”.

Part 2 - The opponent’s forehand is forced to go for too much to cover for the ailing backhand.

Part 3 - The server now feels pressure to end points early, and consequently misses too much.

Chip away at the backhand first. Then the forehand and serve consequently self-destruct. Once you reach the mind, it’s game over. Sinner said as much in his post-match interview.

“Well, I made some unforced errors. I made a few or a couple of mistakes in the tie-break. Then I was not serving well, especially in the beginning of the second set, and not returning deep enough,” Sinner said. 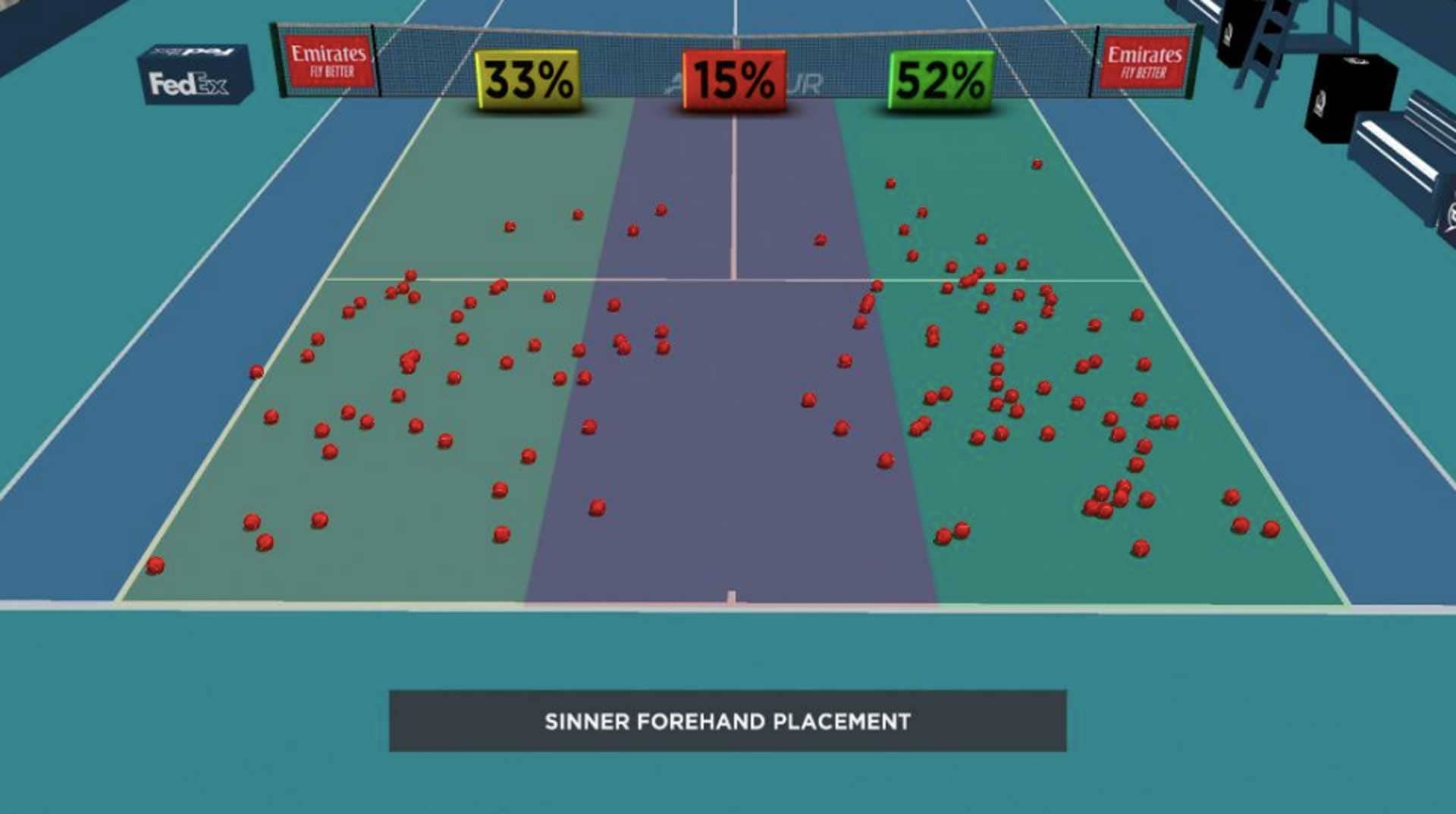 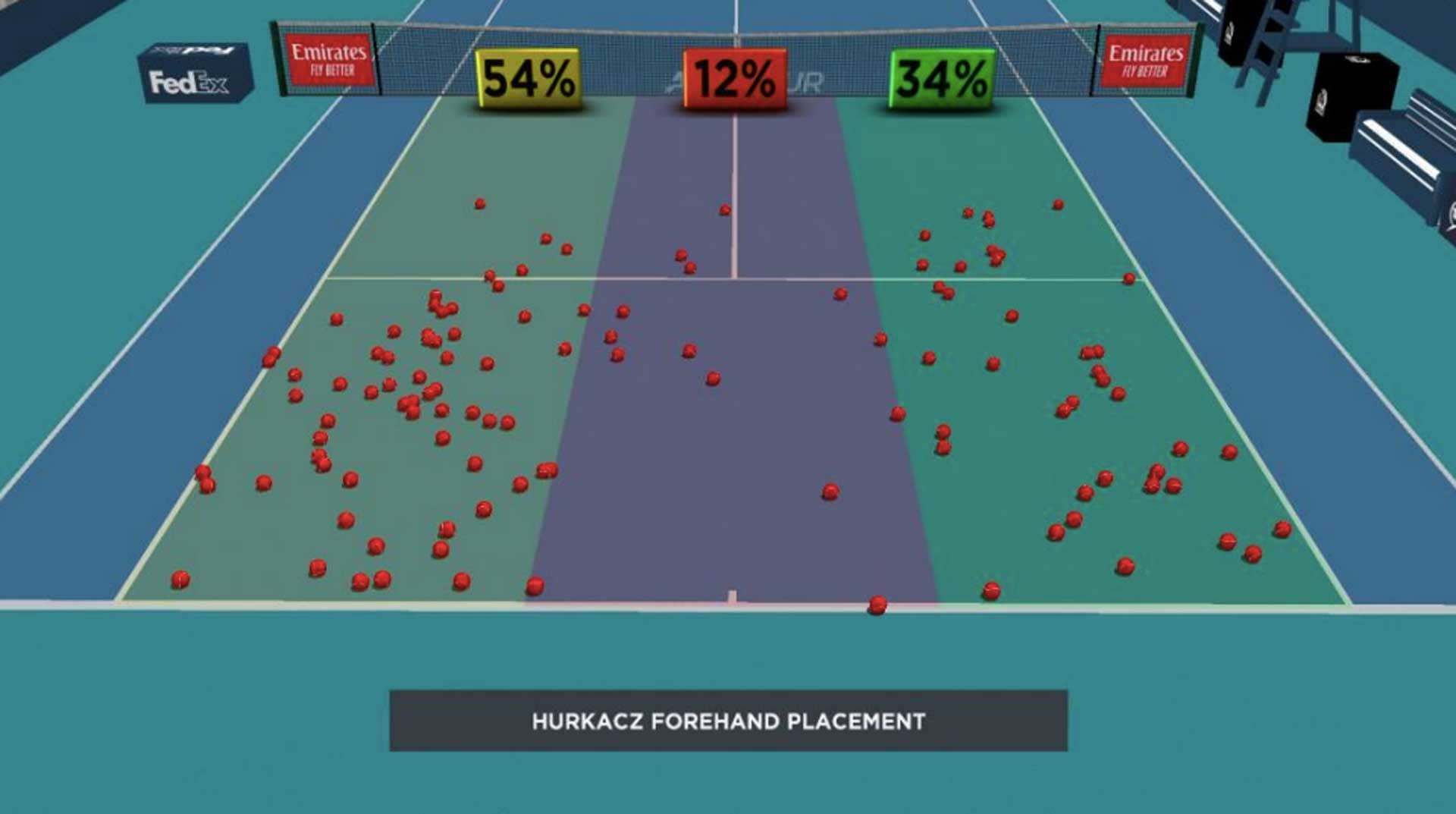 The Hawk-Eye graphic above adds another layer of clarity to Hurkacz’s “backhand cage” masterplan. Hurkacz directed 54 per cent of his forehands wide to Sinner’s backhand in the Ad court, which is almost the same as the 56 per cent from his backhand wing to the same location. Sinner’s primary target was to hit his forehand wide at Hurkacz’s forehand, where he went 52 per cent of the time. But instead of entertaining forehand-to-forehand exchanges, Hurkacz constantly changed direction and made Sinner have to hit another backhand.

Sinner’s average groundstroke speed was 76 miles per hour, which was considerably harder than 70 miles per hour from Hurkacz. How you hit the ball matters. Where you hit it matters more.

- All graphics thanks to Hawk-Eye Innovations/ATP Media