Daniil Medvedev and Stefanos Tsitsipas are the top two seeds in Indian Wells.

The ATP Tour returns to Indian Wells for the penultimate ATP Masters 1000 event of the season at the BNP Paribas Open, where in the absence of the past five champions the favourites arrive with little previous success in the desert. Following its cancellation in 2020 due to the COVID-19 pandemic, the event was rescheduled this year to be held in October.

The top two seeds are Daniil Medvedev and Stefanos Tsitsipas and both are bidding for a maiden Indian Wells trophy. The FedEx ATP Race To Turin heats up in the Californian desert with a string of contenders desperate to strengthen their claim to a Nitto ATP Finals berth. ATPTour.com looks at 10 things to watch this week in Indian Wells.

1) Newest Major Champion Medvedev Leads Pack: Hot on the heels of the biggest title of his career at the US Open and subsequent team success at the Laver Cup, the Russian looks to maintain his momentum on US soil and claim his second Masters 1000 trophy of the season.

The World No. 2, who defeated Reilly Opelka for the Toronto Masters 1000 trophy, has also claimed titles in Marseille and Mallorca. He will attempt to add another at Indian Wells as the top seed, where he will attempt to build on a modest 3-3 record.

2) Tsitsipas Circling: In only his third appearance in the BNP Paribas Open, the Greek star arrives as the second seed. The 23-year-old has shown great consistency at Masters 1000 events this season, advancing to at least the quarter-finals in five of the first six events at this level.

Tsitsipas won his first Masters 1000 title in Monte-Carlo, where he did not lose a set, and will try to claim his second in Indian Wells, where success has eluded him in the past (1-2 record). The second seed fell in the third round of the US Open before helping Team Europe clinch the Laver Cup in Boston.

3) FedEx ATP Race To Turin Heats Up: Several players are trying to stake their claim to one of the remaining spots at the Nitto ATP Finals, to be held at the Pala Alpitour in Turin from 14-21 November. Following his maiden hard-court title and his fifth trophy of the season in San Diego, Norway’s Casper Ruud moves into eighth in the Race.

As a result of seventh-placed Rafael Nadal’s absence in Turin due to injury, the cut is effectively ninth in the Race, with recent Metz champion Hubert Hurkacz, US Open semi-finalist Felix Auger-Aliassime and Sunday's Sofia champion Jannik Sinner keen for a strong showing in Indian Wells to stay in contention.

4) #NextGenATP Debuts: Since the BNP Paribas Open has not been held since 2019, there are several #NextGenATP stars who will make their debut at the Masters 1000 event. Umag champion Carlos Alcaraz and Parma titlist Sebastian Korda lead the bunch.

Alcaraz reached his maiden Grand Slam quarter-final in New York last month, following a five-set upset of World No. 3 Tsitsipas, while Korda advanced to the fourth round at a major for the second time at Wimbledon in July. Newport finalist Jenson Brooksby, his compatriot Zachary Svajda, Danish teenager Holger Vitus Nodskov Rune and Italian Lorenzo Musetti are the other #NextGenATP names set to make their main draw debuts at Indian Wells.

You May Also Like: Brooksby Leads Final Push In ATP Race To Milan

5) New Champion Incoming: A first-time BNP Paribas Open singles champion is guaranteed in 2021. World No. 1 Novak Djokovic is not playing and 2019 finalists, reigning champion Dominic Thiem and five-time champion Roger Federer, are injured. Thiem announced in August he would miss the remainder of the season due to a right wrist injury. Will Cincinnati titlist Alexander Zverev, Russian star Andrey Rublev or Wimbledon finalist Matteo Berrettini seize the opportunity to make their mark in the desert?

6) Zverev Poised For Deep Run: Another player integral to Team Europe’s Laver Cup triumph, Zverev has been on a red-hot run since his fourth-round Wimbledon departure. The German went on a 16-match winning streak – capturing a Tokyo Olympics singles gold medal (d. Khachanov) and his fifth Masters 1000 title in Cincinnati (d. Rublev) – before Novak Djokovic stopped him in the US Open semi-finals. While yet to pass the Round of 16 in the desert (5-4 record) Zverev has won 17 of his past 18 matches. 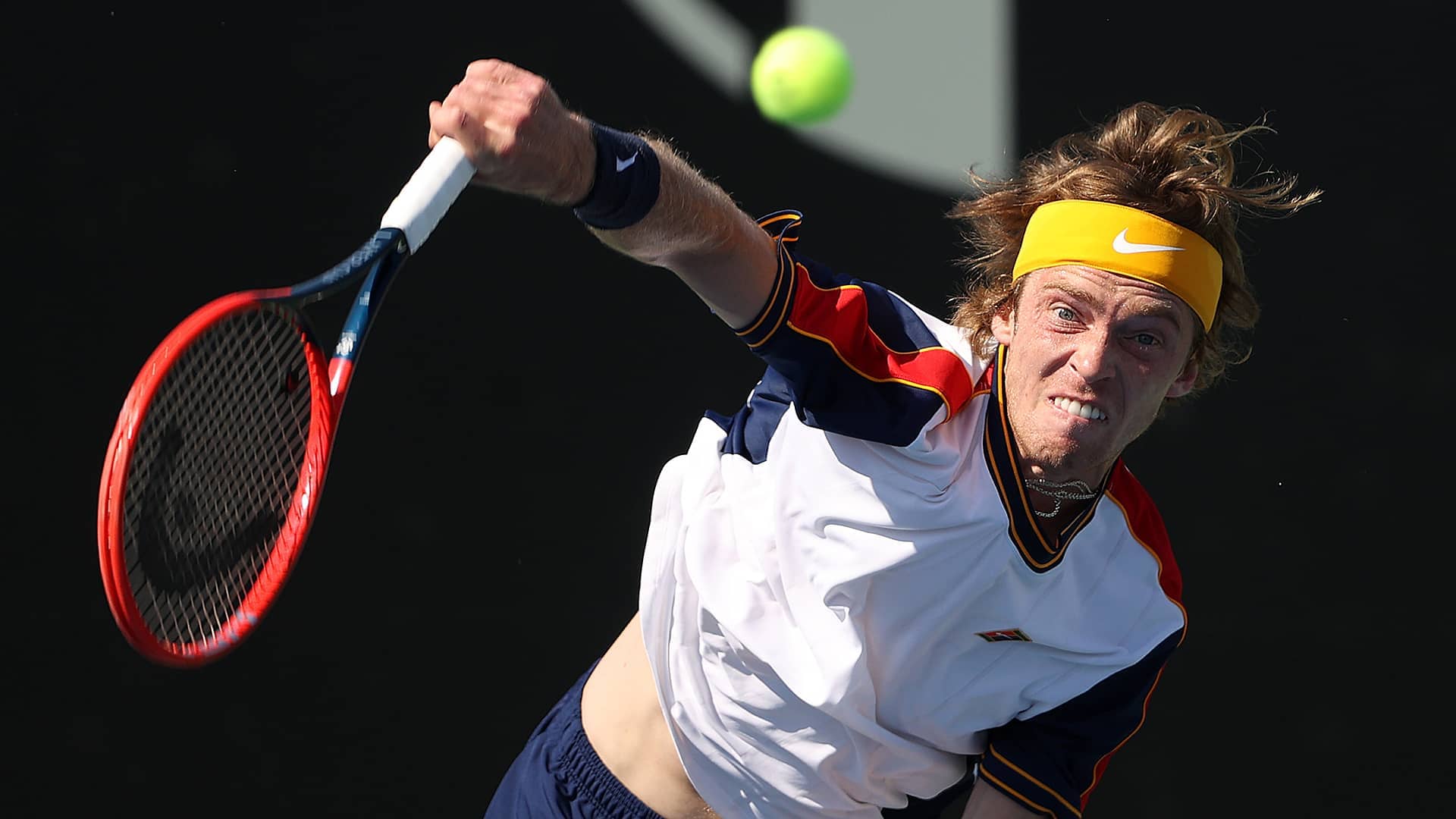 7) Rublev Chases First Masters 1000: The star of Team Europe’s dominant Laver Cup triumph in Boston, World No. 5 Rublev made a quick transition outdoors with a run to his eighth semi-final of the season in San Diego at the weekend (l. to Norrie). The Russian seeks his first title since winning Rotterdam in February, but has reached his first two Masters 1000 finals since (Monte Carlo and Cincinnati). He arrives with a 1-2 record at Indian Wells, having won through qualifying to reach the Round of 32 in 2019.

8) Fans Relish Return To The Desert: After the cancellation of Indian Wells in 2020, the COVID-19 pandemic also forced the postponement of the 2021 edition from March to October. It makes for a welcome return for fans, given the event has been voted by players as the Masters 1000 Tournament of the Year for the past six years it was held.

9) Doubles Field Stacked: Nikola Mektic and Mate Pavic have already won nine titles together this season including Masters 1000 trophies in Miami, Monte Carlo and Rome, as well as Wimbledon and a Tokyo Olympics gold medal. The top seeds in Indian Wells head a loaded doubles draw ahead of second seeds, US Open champions Rajeev Ram and Joe Salisbury.

10) Murray Leads Wild Cards Into Battle: In his first outing at Indian Wells since 2017, the 2009 runner-up Andy Murray is one of the five main draw wild cards. Murray has compiled a 25-12 record in the desert since his debut in 2006 and reached his first tour-level quarter-final in nearly two years two weeks ago week in Metz.