Top seeds Pierre-Hugues Herbert and Nicolas Mahut were made to work in their opener at the BNP Paribas Open on Friday. The Frenchmen rallied past home hopes John Isner and Sam Querrey 6-7(3), 6-4, 12-10, saving one match point.

With their backs against the wall, the 2016 champions saved a match point at 10/9 in the Match Tie-break, reeling off three straight points to prevail after one hour and 35 minutes. Herbert and Mahut are coming off a 13th team title at the Australian Open, where they also completed the Career Grand Slam together.

In other action, Nick Kyrgios and Taylor Fritz enjoyed their first taste of victory as a team on Friday, surging into the second round in Indian Wells. The wild card tandem bounced Steve Johnson and Dominic Thiem 7-5, 6-1 in just 67 minutes, firing four aces and converting six of 12 break chances. Kyrgios and Fritz are competing together for the second time, following a first-round exit at the 2018 Brisbane International.

The Aussie-American duo will next face sixth seeds Lukasz Kubot and Marcelo Melo, after the Polish-Brazilian team rallied past Wesley Koolhof and Stefanos Tsitsipas 6-7(1), 7-6(1), 10-5. Runners-up in 2017, Kubot and Melo are looking to add Indian Wells to their growing ATP Masters 1000 trophy case, which also includes Miami, Madrid, Shanghai and Paris. 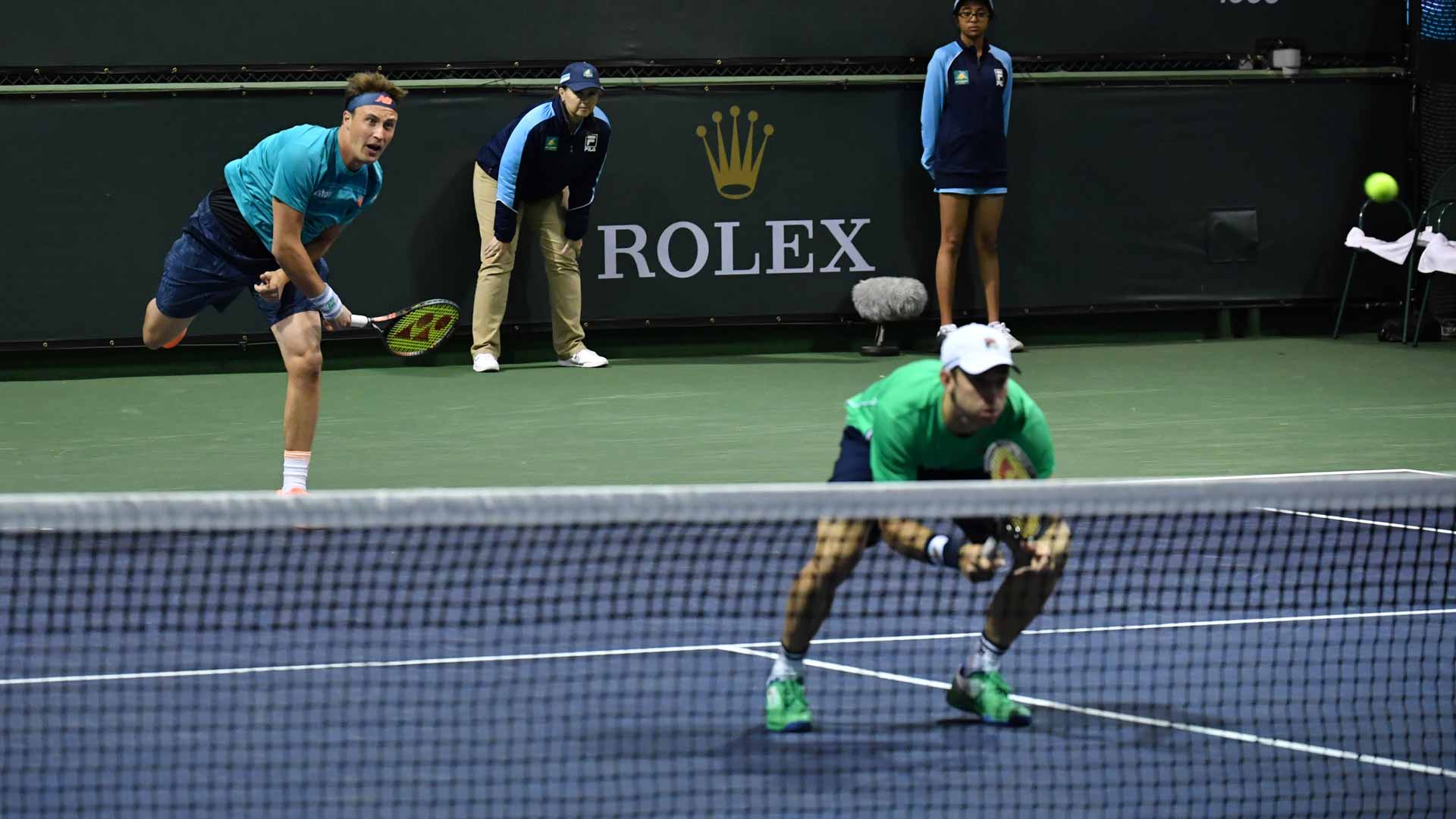 Henri Kontinen and John Peers kicked off their quest for a fourth Masters 1000 title and first in the California desert. They defeated Nikoloz Basilashvili and Artem Sitak 6-1, 6-4 in an efficient 51 minutes. The Finnish-Aussie duo owns Masters 1000 shields in each of the past three seasons (Paris 2016, Shanghai 2017 and Toronto 2018).

The BNP Paribas Open is known for its unusual doubles pairings and Friday featured yet another, as Novak Djokovic and Fabio Fognini joined Kyrgios and Fritz in the winners' circle. The Serbian-Italian tandem defeated Jeremy Chardy and Milos Raonic 7-6(5), 6-1. They could face second seeds Jamie Murray and Bruno Soares next.