After a five-week training block, Kyle Edmund is back in action at the ATP Challenger Tour event in Indian Wells.

Edmund On The Mend: British No. 1 Eyeing Return To Form

Josh Meiseles
This article contains:
Back in action following a knee injury, Kyle Edmund is hoping to kick-start his 2019 campaign at the ATP Challenger Tour event in Indian Wells

The ATP Challenger Tour has never had it so good. For the third straight year, a Top 30 player has decended on the circuit in their return from injury, in search of match play and confidence.

In 2017, then-No. 30 Richard Gasquet lifted the trophy in Szczecin, Poland and last year a 27th-ranked Kei Nishikori replicated the feat in Dallas, USA. This week, Kyle Edmund is hoping to complete the trifecta.

The World No. 27 is into the semi-finals at the Oracle Challenger Series - Indian Wells, following a pair of straight-set dismissals of Tommy Robredo and Lukas Rosol, and a comeback victory over eighth seed Yannick Maden on Friday. But while Edmund entered the week as the top seed and one of the biggest threats in the draw, it has not been smooth sailing for the 24-year-old as of late.

Edmund is finding his form in his return from a knee injury that emerged towards the end of the 2018 season. He entered the Indian Wells Tennis Garden without a win this year. But after putting his racquet aside for five weeks following the Australian Open, it has turned out to be the perfect decision in his recovery.

"I'm feeling good now," said Edmund. "I had two matches in Australia and I obviously wanted to get going with my season, but I decided to take a five-week training block after that. The positive thing is my body is ready and I'm confident with it. So far, it feels good. You can work hard in training, but nothing replicates match intensity. Playing in competitive tournaments is important and I've had a few matches here, which is good.

"It's the mental competitiveness of wanting to get going. As a tennis player, you're used to playing 10 months of the year. But in the past four months, I've had only two matches. You want to start playing again. To come here is great and I feel good. Every match I play I'm getting used to the speed and the pressures of break points. You can't really get that in training and practise." 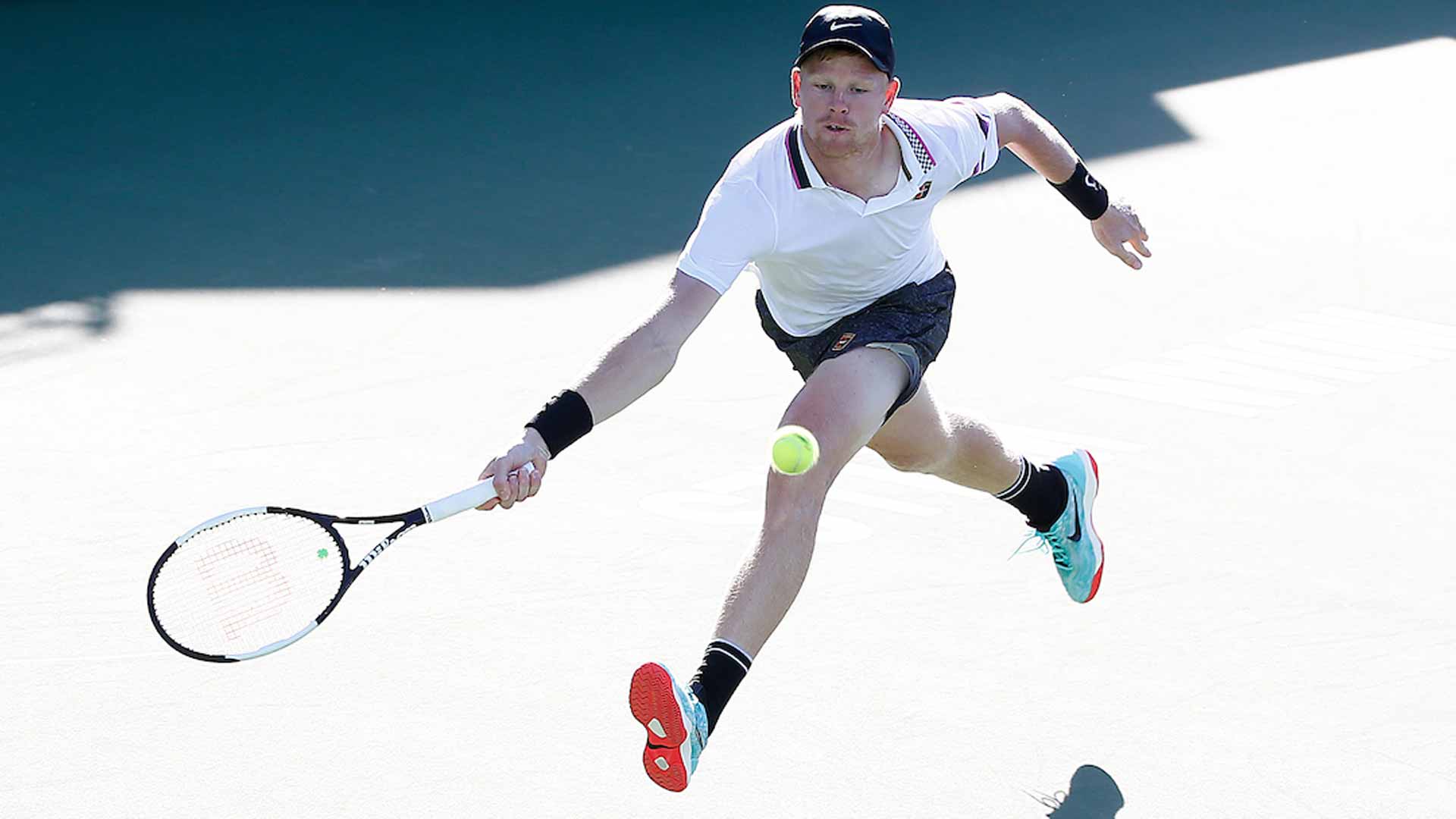 Edmund is coming off a career-year in 2018, which saw him enjoy a breakthrough semi-final run at the Australian Open in January, bookended by a season-ending maiden ATP Tour title in Antwerp. He would finish his campaign at a career-high World No. 14, and is hoping to rediscover that stellar form as he hits the restart button on his 2019 season.

"Last season was great. But when you have an injury and don't play many matches afterwards, you have to respect that. But it was a good year and for sure the stuff I learned I'll take into this year and hope it makes me a better player. Mentally it's another year of experiences on the tour. When you go a while without matches you have to be realistic with the level and try to be a really good competitor. I trust the tennis will come and I'm happy with how it's going."

First match win of 2019 for @kyle8edmund... The top seed and World No. 27 is moving on @OracleChallngrs Indian Wells. 🌄 pic.twitter.com/vN9L63ErhS

As Edmund returns to the court in Indian Wells, he does so with a new look to his coaching team. When Sweden's Fredrik Rosengren decided to part ways with the British No. 1 to spend more time with his family, Mark Hilton assumed the primary coaching role. The 37-year-old is a prominent figure in the British tennis landscape, having previously guided Daniel Evans to a career-high No. 41.

'Hilts' has worked with Edmund since 2017 and is eager to carry their progress to the new season.

"It's been a challenging period for him and some frustration being out injured," said Hilton. "It messed up his preseason a bit, which is why we decided to have a training block after Australia and really get him ready for this swing. His rehab has gone well and we're just hoping to get more matches this week. It's really important for him to get back on the match court and get back in this environment.

"There are still areas for improvement, but the most important thing is that he's physically healthy, which he is. And he's competing like he'd want to compete in the upcoming Masters events. It's almost like a dress rehearsal for him. It's fantastic matches and the field is so strong. These are guys he could potentially play next week."

The strong field Hilton refers to also includes fellow semi-finalists Lloyd Harris, Andrey Rublev and Evans, who reached the final last week in Delray Beach. Harris, one of the newest members of the Top 100, will face Edmund for the first time in Saturday's semi-finals.