Take a look back at sights and sounds from Day 3 of the Hall of Fame Open, featuring a winning return for three-time champion John Isner. Photo: Kate Lucey / International Tennis Hall of Fame

John Isner did not lose a set during two of his three Newport title runs. And although he dropped a set in his second-round match on Wednesday, the American advanced to the quarter-finals of the Hall of Fame Open with a 6-4, 6-7(5), 6-3 victory against Poland’s Kamil Majchrzak.

“It wasn’t easy, I played a long match, two hours and eight minutes. The conditions were brutal. It’s windy and like 90 per cent humidity, so it was tough conditions out there,” Isner said. “But I’m happy to claw through there because it wasn’t pretty at times, that’s for sure.”

Isner, competing in his second tournament since breaking his left foot in the Miami Open presented by Itau final against Roger Federer, is pursuing his first ATP Tour trophy of the season. The 34-year-old has claimed at least two titles in six of the past eight years, and he is looking to build his way into form after reaching the second round at Wimbledon, where he made his return to action.

You May Also Like: Read & Watch: Isner Hungry For Another Newport Title

Although the wind and humidity did not make it easy for Isner, he struck 25 aces and saved all five break points he faced. The World No. 15 also was happy to spend all the time he did on court, to continue to get match play as he recovers from his foot injury.

“I think it’s very good for me. I don’t play tomorrow, so to play two hours in conditions like that and humidity like that, it’s good for sure,” Isner said.

Isner will next face Aussie Matthew Ebden in a rematch of the 2017 Newport final, won by the American. Isner leads his FedEx ATP Head2Head series against the World No. 110 4-1. Ebden defeated Denis Kudla 6-2, 6-2 in the second round. 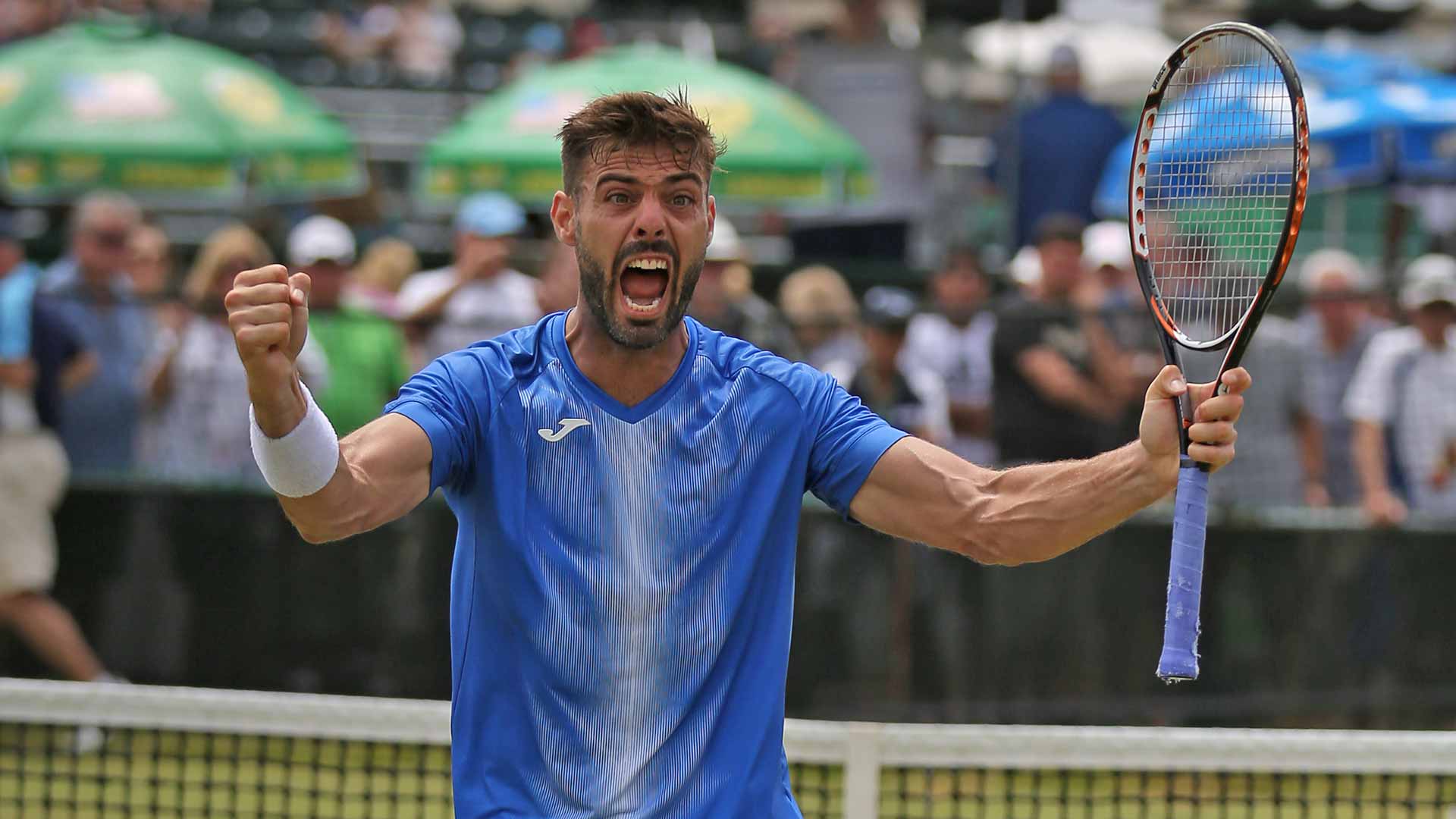 Photo Credit: Dino E. Garcia
In the quarter-finals, Sandgren, who made the fourth round at Wimbledon, will face seventh seed Alexander Bublik in a rematch of a first-round match in Miami from earlier this year, won by the Kazakh. Bublik defeated qualifier Viktor Troicki 3-6, 6-3, 6-3.

Granollers will play German Mischa Zverev, who moved past Argentine Guido Andreozzi 6-4, 6-4. Zverev was 1-11 at tour-level on the season entering this week.

In other action, fourth seed Ugo Humbert, a #NextGenATP Frenchman, beat 2018 finalist Ramkumar Ramanathan 7-6 (5), 6-0. He will next play Ilya Ivashka of Belarus, who advanced past American Christopher Eubanks 6-4, 6-3.