John Isner has reached the final in eight of his 10 appearances at the Truist Atlanta Open.

If you watch the Truist Atlanta Open on championship Sunday, there's a good chance you'll see John Isner on the schedule.

The big-serving American has competed in the final of this event eight times and picked up five titles (2013-15, 2017-18). Having attended college less than 75 miles away at the University of Georgia, Isner is surrounded by friends and fellow UGA alum each year and he has thrived on the local support.

ATPTour.com looks at his five titles in Atlanta.

2013
Isner was eager for his maiden crown in Atlanta after runner-up finishes in 2010 and 2011 (both l. to Fish). His chances appeared slim after barely surviving his opening match against teenager Christian Harrison, then No. 370 in the FedEx ATP Rankings, but the top seed worked his way into form.

In the final, the UGA alum renewed his college rivalry with University of Illinois alum Kevin Anderson. Isner saved two championship points on his serve at 5-6 in the final set before scoring a 6-7(3), 7-6(2), 7-6(2) victory. The American cracked 24 aces and saved all 11 break points he faced.

"This is a tournament where I could’ve been out in my first match,” Isner said. "I lived on the edge all week and seemed to come through each and every time. It’s very encouraging.”

2014
Isner’s title defence nearly started with an opening-round exit, but finished as a rousing success.

Returning to Atlanta as the top seed, he saved two match points in his first match against fellow American Robby Ginepri before escaping in three sets. Buoyed by his narrow win, Isner continued to get better with each round, eventually overpowering Dudi Sela 6-3, 6-4 in the final.

Even Sela had to acknowledge the challenge of beating a man 13 inches taller than him. The Israeli comically stood on a box for their pre-match photo to lessen the height difference. 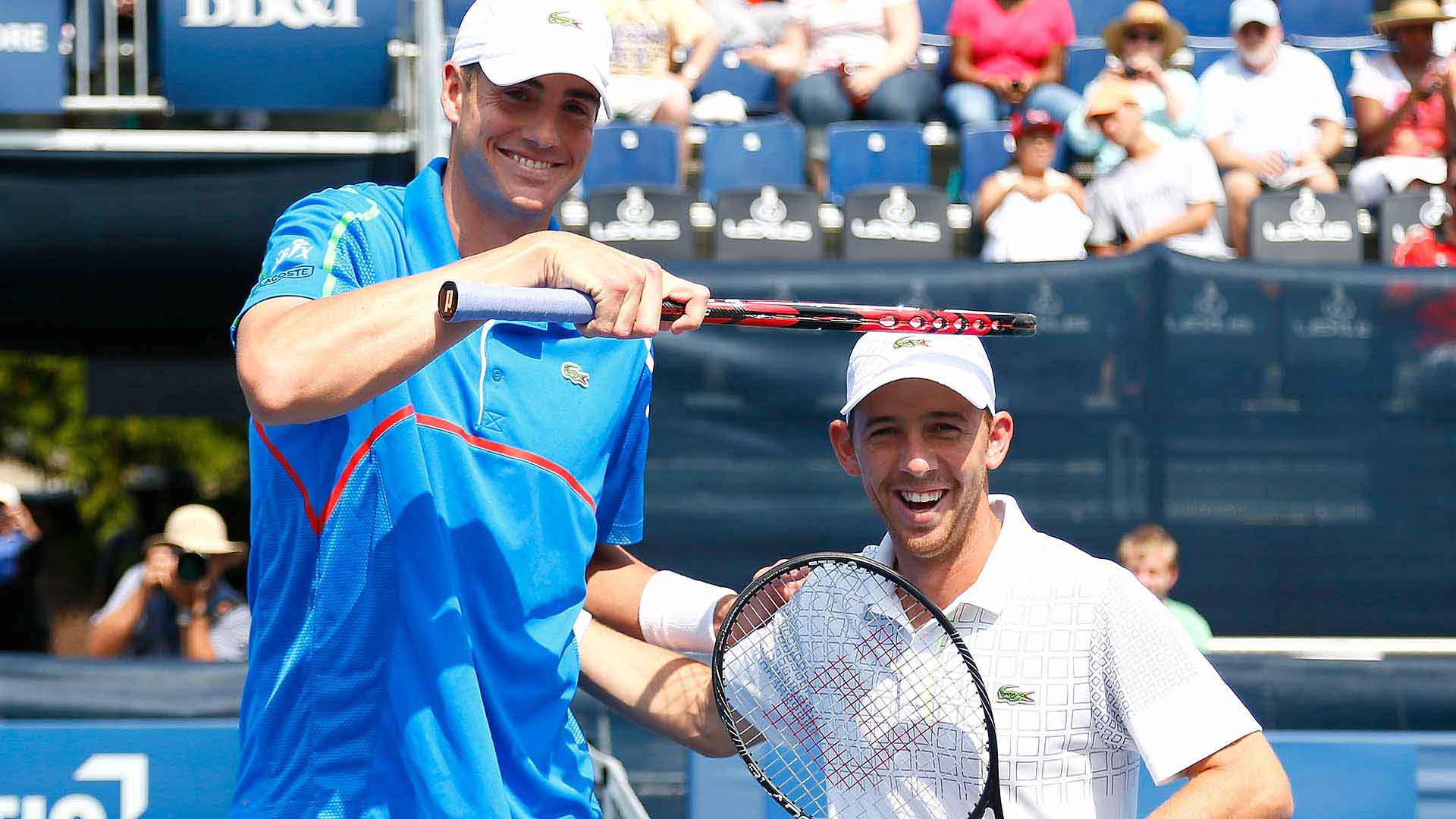 2015
Isner completed a hat trick in Atlanta and earned his 10th ATP Tour title with a convincing 6-3, 6-3 victory against Marcos Baghdatis. The American lost just one point on serve in the opening set and never allowed his opponent into the match.

"Seven years ago, when I heard this tournament was going to come to Atlanta, I figured it was going to be a good thing for me,” Isner told the Atlanta-Journal Constitution. “But not this good.”

2017
Although 2017 marked Isner’s first title in Atlanta without dropping a set, he was pushed to the edge in the final with good friend Ryan Harrison.

Riding a wave of confidence from prevailing the week before in Newport (d. Ebden), the second seed erased a set point in both tie-breaks to earn a 7-6(6), 7-6(7) win and his fourth crown in Atlanta. Isner fought off a set point at 5/6 in the first-set tie-break with an ace and repeated the effort at 6/7 in the second-set tie-break.

“It was a battle. I needed every ounce of my energy out there, but I’m so happy to win this tournament again,” Isner said. “This tournament has meant everything to me.”

2018
The confidence that comes with winning four titles at an event exuded from Isner’s game as he returned to defend his title. Having already recorded his first ATP Masters 1000 crown in Miami (d. Zverev) and first Grand Slam semi-final at Wimbledon that season, the top seed continued his winning ways in Atlanta even when he wasn’t at his best.

Isner's ATP Head2Head rivalry with Ryan was renewed in the championship match and he came out on top once again, shaking off a slow start to prevail 5-7, 6-3, 6-4. The perfect week marked the 14th tour-level title of his career.

“I feel like there may come a time where I’m not back in the finals or I’m not the champion again, but as it stands right now, I’m very happy to be the champ here,” Isner said. “I’m very comfortable here. I make breakfast in my own room, go to the Publix next door. It really feels like I’m at home and that helps so much.”